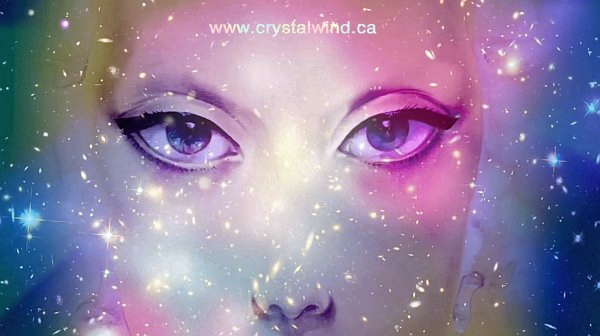 We have a beautiful relationship with all other beings throughout this galaxy, and we continue to seek to create partnerships with beings throughout the universe. There are some that we have not met yet outside of the Milky Way, and we love expanding our consciousness to connect with whomever we can, because we understand that when we are meeting someone else, we are meeting another aspect of ourselves.

This is a beautiful and powerful practice for all of you to employ in your day-to-day lives. When you can see everyone else as representing an aspect of you, and then drop your resistance to that person, if you had resistance to them, you can make such tremendous strides forward in your spiritual evolution, and you can bring about the greatest changes on your world that you have ever seen.

Truly the biggest problem you have there on Earth right now is that you hold grudges, that you feel separate from others, and that you harbor hate in your hearts. Letting all of that go will not just bring you together as a human collective, but it will also help you to rise up, and you want to rise up. You want to exist in a higher-frequency state, one that we refer to commonly as ‘the fifth dimension.’ But you cannot get there through seeing yourself as separate than anyone else.

We have said this before, and we will say it again – stop waiting for something outside of you to happen to catapult you, and only the other chosen ones, to the fifth dimension. You are going to do this as a collective, and in order to really experience yourselves as Source Energy, you must have the others present, because they are a part of Source Energy, and therefore, a part of you.

Some of you might wonder how can you possibly forgive some of the heinous acts that your fellow acts have taken part in. We are not telling you to deny yourselves of your feelings about those heinous acts, but we are asking you to imagine that in some other lifetime, one in which you were much, much different than you are today, you were the one committing the heinous acts.

If you can forgive someone else, you can forgive yourself, and then and only then you can become more whole and complete. The key to forgiveness is not just realizing that by forgiving another you are forgiving yourself. The key to forgiveness is also allowing yourself to feel what that person and that action was always meant to cause you to feel.

Once you clear your anger, your sadness, your hate, and your fear, then you are in a place where you can forgive, and then you are letting go of some of the weight that’s holding you down, that’s holding you back, that’s keeping you from your own ascension. And as you ascend, you take others with you. You set the example; you create the template. And you become the teacher and guide you were meant to be in this lifetime.

We are sorry that it is not easier than that, but it was your choice to create this version of reality. So please remember that the next time you are shaking your fist at it, and know that the feeling of embracing it all and rising above it is one that is unparalleled throughout the entire galaxy.

© 2021 crystalwind.ca. All rights reserved. Reprinted With Permission From Daniel Scranton.

We have 817 guests and no members online