A Path of Enlightenment - A Message From Archangel Metatron 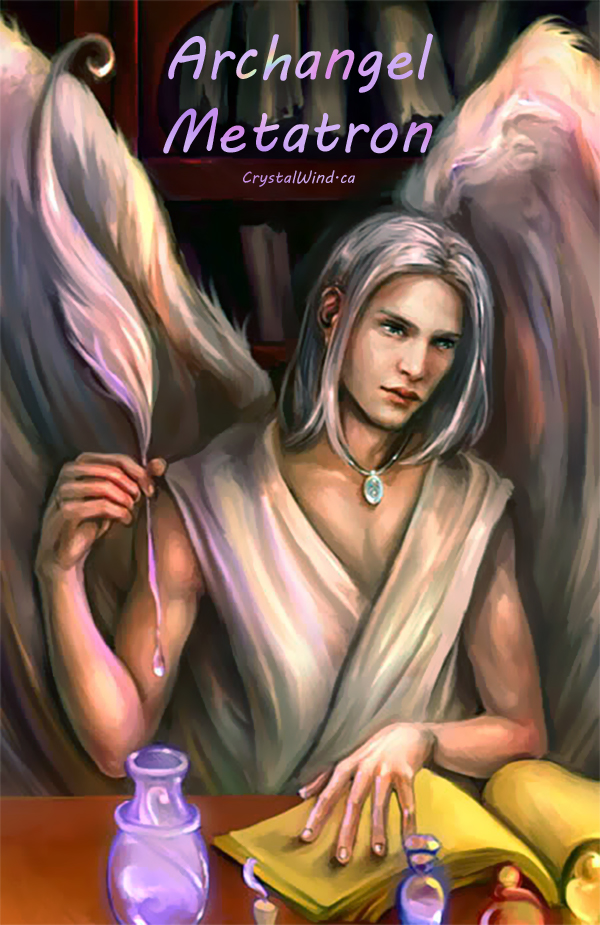 Your spiritual path leads you towards enlightenment. When you look back at truly enlightened beings from the past, most of them did not become spiritual because they studied spirituality. It was something else that raised their consciousness to higher levels.

This is not to imply that studying esoteric knowledge is unhelpful. On the contrary, it is exceedingly useful in achieving a goal of spiritual growth. Exposing yourself to the higher vibrations of spiritual information has a positive, uplifting effect, but study alone does not make a person enlightened. So then, what is the answer?

What made these enlightened beings different? One thing they had in common, was that even when focusing their attention on the mundane aspects of life, they managed to do so with kindness, compassion, and regard for others. They pursued higher vibrating endeavors, including helping others and teaching higher truths.

In the process, by living differently than those around them, they created new thought patterns within themselves. These thought patterns became a model for those who saw their unique actions.

As time passed, they found that they could do things that others could not. Does that sound familiar? Some were able to heal, others had clairvoyant capabilities, or mystical skills.

Others were born in an enlightened state. They were the avatars of their age, singular beings that came to Earth to lift the vibration of humanity from the darkness into the Light.

So, why do such beings not come to Earth today? The answer is simple, there is no need for one avatar to raise the vibration of humanity, when there are many holding the Light.

The question remains, how do you become enlightened? When you think of an enlightened person, you might say that it is someone who meditates a lot, goes on the most spiritual pilgrimages, or even who has the most knowledge about esoteric modalities.

Such a person may be quite spiritual and very enlightened, but it is not only studying and practicing that raises your vibration. So then, is there a magic potion that brings you into a state of enlightenment? In addition, if study and practice do not ensure enlightenment what is the point of these exercises?

Exposing the mind to inspiring ideas, spiritual practices, healing modalities, and messages from higher beings, brought through by channels, creates new neural pathways. As a result, the mind functions differently, in a way that is beneficial to the Light body, overriding what is not life sustaining.

Over time, new ways of thinking replace outdated ones. You can see the results both in your spiritual and physical makeup. Eventually you are a different person, in the same body, with the same brain, but with a renewed spirit.

As this occurs, it is possible to become more in touch with your true self, the self that has been with you since you were born. You came into this world as an enlightened being, totally connected to the divine source of everything. You trusted in life and had purity of spirit. That is what it means to be enlightened, being yourselves in a truly and completely natural state.

Granted, if you had remained in that naive condition, you would not have been able to survive and function in society, so you learned how to live in the world. The price for this education, meant becoming less enlightened than when you started. So, you see, you know what it means to be enlightened, because you started off that way.

The goal of a master in The New Era is to return to that state of knowing your true self and letting go of what you have learned that no longer serves you. You are not becoming enlightened, rather, you are returning to your formerenlightened state. The spiritual modalities that you study in the process, are your tools. You can use the information that you intuitively receive from your Higher Self to replace the information that you learned from society.

The New Era is the age of the masters. It is no coincidence that the Internet has put information at your fingertips. With so much spiritual knowledge available, how can you determine what is relevant to you? You will feel what resonates with you and then you can embrace those things. There is a reason they attract your interest. You are meant to work with what appeals to you, whether it be a certain modality, crystal, or Archangel.

In the end, being Enlightened is the process of getting back to yourself, and once you do, magical things happen, and you are an example to everyone else who is on a similar path.

A Message from Archangel Metatron … Brought through with Love and Light, by Wendy Ann Zellea…

Brought through with Love and Light, by Wendy Ann Zellea. Wendy Ann Zellea is an Ascension Messenger, Luminary, and Keeper of the Divine Principles of Grace. Her work, consisting of esoteric concepts, presented in a clear writing style, focuses on bringing through information, from the Higher Realms, through Archangel Metatron.
©️2021 Happy Awareness Publications
You may share this message, but please give credit to Wendy Ann Zellea at AscensionMessagesOfLight.com . This message, from Archangel Metatron, is channeled. It is written as intended. If you share, please do not change the content.
Source Here

We have 1808 guests and no members online