Archangel Michael - The Codes of Resurrection, Renewal and Rebirth : April 2020
A+ A A-

Archangel Michael - The Codes of Resurrection, Renewal and Rebirth : April 2020 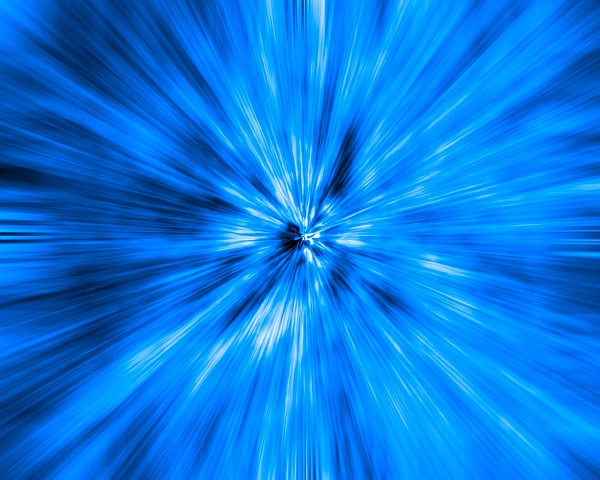 Beloved Ones, at this time your Planet is in so much chaos and suffering. The Planetary energy is heavy and dark in many places. But yet, at the same time there is a process of deep Transformation and Change that is underway. The Conjunction of Saturn and Pluto in January set off this train of events, snd the more recent energetic “dance” of Pluto and Jupiter is amplifying the energies of very deep level change.

This new scenario on your Planet is asking you to look deep inside yourselves and feel your own relationship with the cycles of Life and Death that make up the Earth Reality experience. Are you able to accept these cycles in a balanced way, knowing that the Light will always follow the darkness, and that Love and Compassion are the essential fabric of the MultiVerse. There will always be cycles of Resurrection, Renewal and Rebirth that follow any cycle of “death” and “ending”.

Having faith and trust in this incoming cycle of Renewal and Rebirth will allow you to move through the days with equanimity and grace, and not allow yourself to fall into unstable mental and emotional patterns as the powerful waves of transformation wash over you. It will not serve humanity if you, as Light Family, allow yourself to become paranoid and anxious about what you see around you. Know that although this may seem like the darkest of times, it is part of the “ending” and will be followed by the new beginning and the Rebirthing that is the New Earth timeline.

You are never alone!

The Divine Feminine and the “Death of the King” and the Renewal Codes.

At the beginning of April, on the 2nd and 3rd, the Beautiful Feminine energy of Venus transited through the Pleiades. This allowed for strong “Beauty and Grace” codes to be initiated from Alcyone and directed towards the Earth and become part of the Transformation energy. The Sun, while now in Aries, is on its journey towards Taurus, and is moving through that part of the Galaxy where it comes into close alignments with Sirius, Orion and the Pleaides!

This is the place of many of your stories of Origin, as many powerful Teachers and Avatars have come from this area to descend to the Earth to assist in the Evolution and Ascension of the Earth and Humanity.

The Pleaidians and the Sirians initiated what they called the “Resurrection” or “Renewal Codes” for Planet Earth.

These Symbolic Codes were implanted into human Reality in the form of a Story or Narrative that functioned to activate the energies of Renewal in the Human Psyche. This Story would activate at this time of the year, when the Sun was in Aries, the place of beginnings. The season in the North, where the Pleaidean and Sirian Star Teachers seeded this story, was Spring. The time of Renewal.

The first form of this story was the “Death of the King”. Your ancestors, who lived close to nature, accepted the alignment of the cycles of the seasons with the cycles of life and death in human society. The cycle of autumn/winter into spring summer was allied with the death of the King. The ageing and death of the King led to hardship and transformation, but was followed by renewal with the arrival of the next King in a spring and summer for the community. The choice of the new king was always associated with the Feminine energies, a time of going deep within and contemplating who and what would be best for the Community in terms of a new king.

So, Beloved Ones, this is where you are. You are in a time of winter, of going within and choosing what new masculine energy and structure you will choose for the next cycle.

As you connect with this Code/Symbol, it will activate this process of inner journey and renewal within you!

The Sirian Star Teachers brought the story of Isis and Osiris into the Collective Consciousness thousands of years ago. The purpose was to renew the Codes in the Consciousness of people who were now living in Towns and Cities and might have lost their former connection with “wild” nature.

This story tells how the king Osiris was murdered by his jealous brother Set (the shadow energy). He descended to the underworld. He was found by his wife, Isis (Divine Feminine) who used her magic to conceive a son, Horus, who became the new warrior King for a new age.

This Code/narrative contains the same elements. The King who dies and is replaced with the help of the Feminine energy.

In this way, the Sirian Star Teachers ensured that going forward in their evolution, Humanity would not forget that energy moved in cycles on Earth, and that endings and new beginnings were part of the “mechanisms” of timelines and time cycles and the renewal and rebirthing of Time within the Quantum TimeSpace Reality.

The Sirian and Pleaidian Star Teachers joined together to rewrite the Renewal Codes about two thousand years ago when they sent the Avatars Yeshua and Mary Magdalene to the Earth.

Yeshua and Mary Magdalene rewrote the story of the “Renewal Codes” and left a metaphor for the Ascension process in their lives.

Yeshua became the King who died. Mary Magdalene was the Divine Feminine energy that carried his teachings and message to the World. The new King is the “Second Coming” of the Christ energy, which is being birthed in all of you who awaken and ascend at this time!

Dearly Beloveds……in this week of 10th to the 13th of April, these codes of Resurrection and Renewal will be activated very strongly. The power of the Pluto and Jupiter conjunction adds to the dance of Death and Renewal that is playing out as the Codes are activated.

Just as Yeshua “died” and was resurrected through Ascension, so too are you dying to your old selves and rebirthing into a new Reality and a new TimeLine.

The New Earth timeline awaits you and will support you into a New Reality.

Beloved Ones, at this time of Spring, Full Moon and Easter, we ask that you focus on your Renewal and Rebirth as a Collective and also as individuals who are the Christ Reborn!

The New Earth will be a “Christed Planet”, rebirthed through the Magic and the Power of the Divine Feminine. This means that each one of you needs to connect with your inner Divine Feminine, your intuition and your “magic” and creativity. You will find the grace and the beauty and the joy that will guide your resurrection to a new state of Divine Love in the New Earth.

So, Beloveds, as your Planet experiences this pandemic with its heaviness and pain, know that it is part of the disintegration of the old and a deep healing process that must be traversed so that the New can be birthed. Do not try to rush the process, simply allow it to unfold as you pass through the period of winter and the death of the old king and into the spring and the birth of the New King.

The Divine Feminine will sustain you. Call on her and develop her energy within you, through meditation, prayer, writing, dancing, singing, painting, music….whatever energies of the Divine Feminine that call to you.

Walk with Mary Magdalene and Mother Mary and Isis. Allow Yeshua and Osiris to lead you in the path of the Christ Energy.

For YOU are the New King/Queen that is being birthed on the New Earth timeline.

YOU are the Resurrection and the Truth and the Way.

We ask you to keep this in mind as you pass from day to day, holding the energy of Grace and Wisdom and Peace. Knowing that All is Well and that the Spring is but a breath away!