Archangel Michael - The Integration of the Gathering

Archangel Michael - The Integration of the Gathering 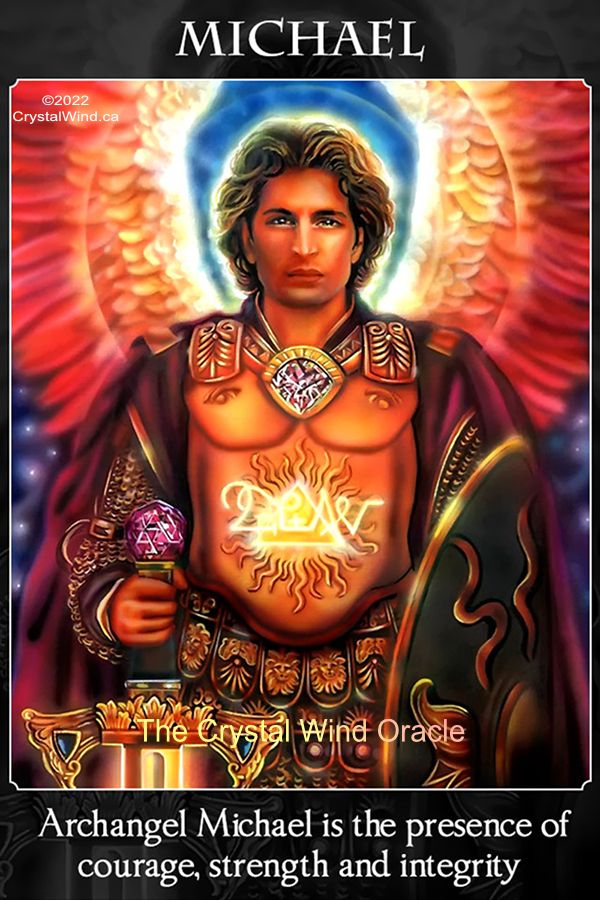 Darlings! I AM THE ARCHANGE MICHAEL!

Right now I only have one thing to say: Gratitude! Gratitude for the work done, the love deposited, the Light that was emanated.

The purpose of the meeting was achieved. Nothing broke everything that had to happen, and I can assure you, what attempts there were. But we know exactly who had a pure heart and who didn't. And those who didn't have it, were simply encapsulated within their own energy and could do nothing, nothing could act.

The vast majority of you were sad, disappointed, many even angry; this feeling that I would not have wanted to have emanated. Indeed, you still have a lot to learn. So I come here to explain why the moment of meditation was not opened. I ask each one of you: Is your Internet 100% light? No, it's not. And I will assert that she does not even have a majority of the Light. So when something like this is opened, to an environment proportionally greater in negativity, the result is never what we expect, because we spend most of our time eliminating what comes in as negative. Of course we got the result, but it is not complete when it happens this way.

There needed to be a concentration of energy isolated from this world. From that point, an immense mushroom of energy emanated, which spread throughout the city, state and country. And he's still acting. This meeting was not just a meeting of souls, it was a pre-defined meeting and very well pre-prepared by all of us. Each of you who have not been participating have received the energy, you have it now. Now for it to hold, your heart needs to vibrate high; not anger, not discontent, because as long as it vibrates like that, the energy will not possess you.

How long will this energy be emanated? You will not have this answer, because it is part of our strategy. So, in a way, you are participating in all of this, because each heart that receives this energy with love, with gratitude, multiplies it; begins to emanate this energy more intensely, keeping the egregore ever stronger. So if we opened it up to the world, we wouldn't be able to create this great egregore.

We prepared the place, prepared the surroundings and everything came out perfect. Even those who were there, not to add, achieved nothing, because they stayed inside their own bubbles, they were swallowed by the Light. Many noticed these people. I don't want to point fingers, I don't want names. Let each one keep to himself what he lived, what he realized. And nothing they did propagated, because they were inside their own bubbles. Interesting how many still think that everything is a joke, that I, Archangel Michael, do nothing; mainly protect this one that speaks to you. She has her masters and we weren't on the net having juice, that I guarantee, she was sufficiently protected against anything.

So don't think you won, because nothing hit her. I repeat, I don't want names, I don't want comments. Follow, each one your way, and these beings, little by little, will be expelled from the group, they will not remain. But they are not few, but the Light will bother them and they will not be able to stick around.

So I want to leave this message to all those who were sad and disappointed. I understand, but that was necessary, so that we could have the necessary strength to create everything that was created. I said in the Gateway Meditation that those who would go would be prepared; and they went. Because it was an energy beyond what anyone could handle, but everyone did. The emotion took over. Perfect! Gratitude took over! Perfect. Love took over. Perfect! Perfect! Perfect!

Everyone who was there was told that they had taken a quantum leap in evolution and this is true. Do not feel, those who were not, harmed, because I only say one thing: Many there were not able to go but they put so much love, so much faith, that the universe moved. So I ask you a question (you who didn't go): Why didn't you go? And I'll leave this question echoing in each one's mind. "Why didn't I go, what really stopped me from going?" Each one will have their answer. So let it be a lesson for the next meetings, because this will be the first of many and it won't take a year for another one to happen.

So the question remains in everyone's mind: “Did I commit myself enough to go? Did I believe the universe could help me?” Keep the question, and then the next times, you won't have to complain that you didn't live what you lived. And so it will always be; whatever has to happen inside the meeting will happen in the meeting, not outside, not for the world. “Ah, but that should have been said earlier.” Simply, we cannot deliver our plans into the hands of non-light. Don't judge us. Beware of judgments.

Are those who have been privileged? No, I would say no. I would say that they received the gift for their efforts, for their love, for overcoming difficulties. And I say one more point: Because they would have to be there, each one. Each one of those who were there and participated in the whole process was chosen to be there. Oh it got worse... Now many will feel unmotivated. I keep asking the question: What was your real commitment to being there? They were chosen for their commitment, for their will, for the love of being there, and each one who had this feeling in their heart, we took them; and they went.

So what feeling did you put in your heart? Ah, the self-indulgence..."I'll watch everything from home, lying on the hammock, drinking juice". Well done, you actually watched most of it, but you missed the best part of the party. So my brothers, this is worth learning; self-indulgence sometimes has a price and sometimes a high price. So now you've been warned, the climax of each meeting will never be broadcast, because it will be something focused on the point.

Here is the analysis and reflection for each one and be careful with what you are emanating. Because everything is so fast-paced and what you emanate comes back to you and quickly. So watch out! Now, those who continue to vibrate love are receiving all the energy emanated by their brothers, by each one of us, by all the beings who were there, complementing this energy. If you open your hearts, you will receive everything that was emanated and you will help to maintain this beautiful egregore, increasing more and more and doing your part to remove the forces from that negative mass that is there.

That's it my brothers, do not judge in advance. Don't complain, don't accuse in advance, without knowing the reason. Be sure, you are in a very powerful group and it will be up to each one of you to open your heart to receive everything that will be emanated here, otherwise you will start to be placed inside a bubble, so that you do not disturb the energy of the group. . And rest assured, you won't be able to do anything against anyone here. Archangel Michael's word! Word of the one who takes care of everyone's protection and that nothing can stop me.

So just my brothers, emanate love, be grateful for all the energy you are receiving and simply with all the gratitude, multiply this energy to keep this great egregore increasing more and more. Are we going to increase this egregore until it covers the whole planet? “Oh it’s too hard.” No, it's not. We just have to work for it, and with your help, I'm sure we'll make it. We already made it.