The Power Of Momentum - Archangel Michael

Archangel Michael: Who Do We Serve? 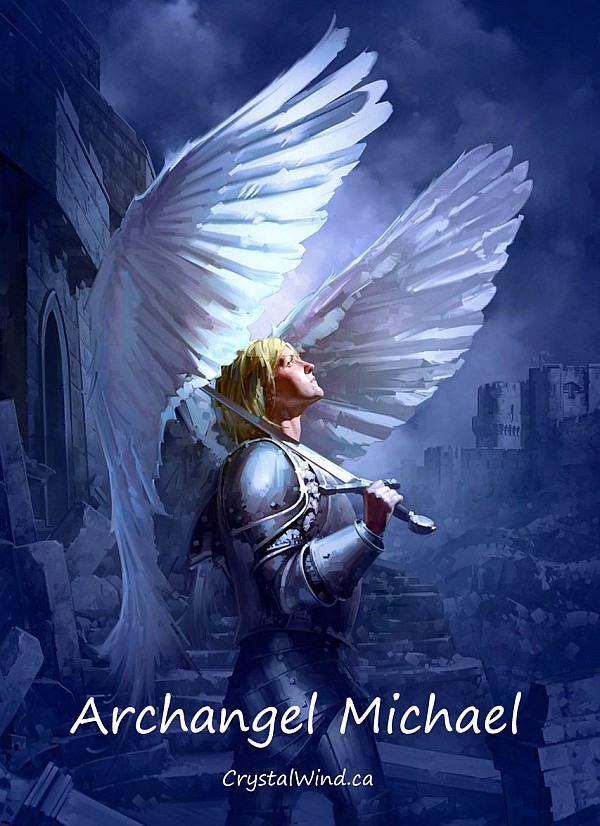 Hi everyone.  Welcome.  I was woken up this morning with a message being channeled through me, so I got up (laugh).  I was sent a question last night that was a wonderful question, and the question was, “Do the Archangels serve God?”  Michael would like to reply to this.

“Greetings everyone.  This is Michael.  As our channel just said, a question was offered last night from a very dear one.  And the question was, “ Do the Archangels serve God?”  Who do we serve?

Let me speak for a moment about religion.  Now please, all of you listen with your heart–not just with your mind and ego.   For if you are very committed to your personal religion, which is very good, you may find that some buttons are pushed.  So, please try to remain open and listen.  We don’t use the word God because there are many names within your world that refer to the same essence:  Atman, YHWH, Shiva, Allah and many others besides God.  Remember that religions are based in your reality.  They do not come in ours for we are beyond all names and forms, and beyond religion.

But, of course, we are not beyond the One, the true One who is the essence, the source of all.  And so, we refer to this one as Source.  Not God, Allah, Shiva, Atman, YHVA,  etc, for if we use one of those terms, immediately people will react according to their belief systems and their particular religion or lack thereof.  All of the concepts immediately come into play when we use a term from your dimension.  Does that make sense?

Now our channel has received many questions saying,  “Are the Archangels serving Jesus Christ?  “Say that the Archangels serve Jesus Christ.”  We say to you, we serve that divine one from which all great beings emanate.  We were manifested by Source only to serve.  We do not exist in the duality form that you do.  For us there is only one, and that One is our beloved and simultaneously our own Self.   We are in union with that One, and yet separate in order to serve.  Yet we are never apart from that beloved Source.

Now do we serve particular great beings who are the source of certain religions?  This is the button pusher folks.  All great beings from which religions issued forth in your world of duality were extremely pure, extremely devoted beings for whom a divine experience overwhelmed them and transformed them.   Yet they still existed in a world of duality, and they lived or live in a world of culture.  So, with each of them taking on a human form, although a part of their consciousness was established beyond that world of duality, still took on the culture of their world at that time.

Now, if they themselves wrote books, the words in their own books would be infused with their brilliance,  their light of awareness.  But in ancient times (according to your world “ancient times”) in ancient times these great beings did not write down their words.   Their words were heard by devoted followers.  And later those words were written down–often not until after they had been spoken by word of mouth from one to another, or from one to a group of others.   Then at some point, these words were transcribed.   They were written down.

Have any of you ever played the game ‘telephone’?  Our channel told us of this game this morning,  where you sit in a circle and one person whispers a few words into the ear of the next.  And the words go around in a circle from one to the next only whispered so that the rest of those in that circle cannot hear the words.  When it comes back to the original person, the final person says what they heard, and then the original person speaks what was originally said.  These words are never the same, are they?  That’s the fun of the game.  Each time the words are shared with another, they’re changed just a little because of the influence of the next person’s mind, their beliefs, their mindset at the time, and their emotions.  All of this is projected just a little into that phrase that’s whispered into their ear, and so, they hear it a little differently, and it’s passed on a little differently each time.

The great religions that emanated from your past, those words from those great beings were shared verbally as a verbal tradition for a while before they were written down.  And so often there are little shifts.  There are most certainly cultural influences that affect just a bit, the words and the meaning of the words.

And because they were not written down by the very great being that experienced and spoke them directly, they do not carry the light and the energy of that great being.

Are you following me?

Some of them are direct quotes.   Some of them have shifted a little because of that verbal tradition of sharing.  This is not a criticism of any religion.  All of the great religions serve a higher purpose, but they are all influenced by the veils, by the mind, and they create a duality.  Each of these great beings who were the beginning, the source of their religion, which by the way was not their intention–they did not intend to create a religion.  They intended to share the beauty, the tremendous ecstasy of their experience.  But each of them received that experience from the same Source, from that which is their beloved, their God, their Atman, their Allah, their Jehovah.

But through man, through the mind, through a variety of interpretations, even of the words that were finally written down, there have been shifts, and no longer is there one faith, one devotion.  There became many.  I hope that you understand this for this is the source of religious conflict throughout your world.  It is this sense of duality–the sense of “My beliefs are better than yours.  My religion is the only true religion.  My teacher is the only way.”   There is only one pure divine Source through which your entire universe and all of creation manifested.  It is these veils of limitation that keep you from realizing this, and this is the reason for purifying your awareness.  Not so that I or someone else can tell you the Truth, but instead so that you may directly experience it for yourself.

You all have the potential to become these divine beings who know the Truth.  Who embody the Truth and directly experience it.  But to do this you must move beyond these veils that contract your awareness.

This is why we ask you to meditate.

And, to very directly answer the original question, we say to you:

We exist to serve Source

Source is our sole beloved.

Source is the only source of our existence and the one that we constantly are aware of.

We offer you this with our greatest love and our prayers that you remain open to this understanding and contemplate it.

There is nothing wrong with any religion, for those of you who reject religion, it simply carries the same veils that each of you do. You can think of each time this verbal tradition happened where information was shared from one to another, as the same kinds of veils of limitation that further contract the energy that was originally pure.  It’s simply a manifestation of your world.  The intention is beautiful.  The goal of all religions is the same–to adore, to open ever higher to the Supreme One.

We all offer you our deepest love and our blessings.

I am Archangel Michael.”

Sharon Davis - I’ve been a serious meditator as well as a lightworker, a Reiki master and a nurse.  Over time, I found myself experiencing contact with various spirit guides which eventually led to direct contact with Archangel Metatron. He has extremely subtle and very powerful energy. Communicating with him has brought immeasurable joy, love, and understanding into my life. Source