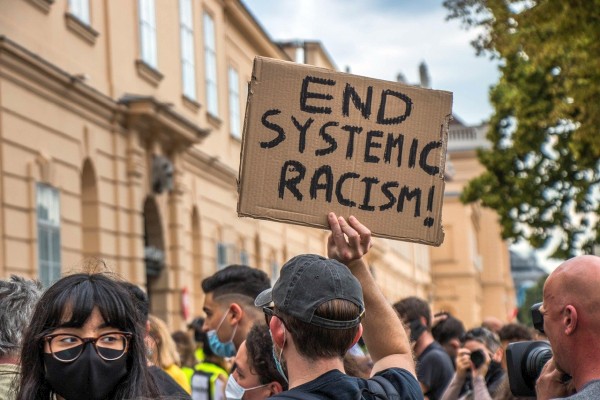 Every soul age shift is preceded by a series of stages, seven to be precise, that roll out over a span of 70 to 100 years after the majority in a population reaches a tipping point. These waves often arrive each decade prior to the shift, or some crests pile up in the shallows, so to speak, and roll in much faster. In reversals of fortune, where the political climate stunts the spread of greater awareness, progress is delayed.

Each stage represents a shot across the bow, marking a gathering storm of shifts in consciousness, building with strength and intensity as the gap between one majority is overtaken by another. It brings a significant transformation in social values, those behaviors and attitudes that support and shape the foundation of your communal structure. This new perspective then goes viral, to borrow a social media term, and launches an alternative ideological position into a population that quietly advances until the sheer numbers involved create a collective voice the majority can no longer suppress.

Reasons why the seven stages unfold during a soul age shift mostly involve laying the groundwork for the dramatic ideological change that lies ahead. The stages work like a buffer, cushioning the blows during the transition so they do not happen all at once. You see them coming. Cultural shifts that potentially reform the social, economic, and environmental outlook of a nation (or the world) can overwhelm and frighten the populace. Wars may start. These shifts are never taken lightly, and they coincide with real-world issues in need of change for the betterment of humanity.

To offer some preliminaries, each stage begins with a cultural crisis of conscience, often resulting in acts of violence and civil unrest. There is a polarity here, although not classic in the sense of the negative and positive poles, but the contrast is similar, where a negative situation escalates until the uproar results in a fair and positive outcome.

The start of the first stage can seem like a series of random fires (to be put out) across society that appear unconnected at first, but eventually coalesce into a more cohesive and culturally relevant demand for change. The second part of the stage comes later with an increased scrutiny regarding what went wrong and what remedies would solve the problem. Much of the political correctness that captured the media’s attention during the 1990s, for example, exemplify the second part (or that need for problem solving).

While the stages during a soul age shift build in momentum, we see lulls on occasion, usually during radical societal changes in political power and ideology. This does not mean the shift in soul age ceases to progress mathematically in the population, but change coming from a minority group to transform the culture is swept under the rug in favor of those in power.

A shift comprises two factors: the mathematical accumulation of one soul age perspective over another, and a shift in consciousness that validates the perceptions of the soul age majority.

A child born as a first level mature soul is generally not a game changer in society. The earlier levels of a soul age stage can fall back to the ideology of their old stomping grounds. Hence, a first mature soul might embrace the values of the young soul; they’re not that far removed from their former perspective. Although, any mature soul surrounded by more consciously aware peers can awaken to the values of their true soul age. It often depends on a combination of childhood and institutional imprinting.

In general, the mature soul shift on a planet rarely conspires without a fight. The values between young soul consciousness and the mature soul in particular, couldn’t be more at odds. This is a clash of seismic magnitude and the teeth-gnashing and snarls are real and should be observed with caution. Revolutions have erupted over such conflicts in countries — or in smaller segments, religious groups or political factions. It can appear as the destruction of a way of life, where former beliefs and values are uprooted, livelihoods seem threatened, and the future is uncertain. The fear this generates may incite violence from groups unwilling to accept the change or who are desperately trying to return things to the way they were.

It’s a difference in ideology. Young souls often astound us with their technological innovations and entrepreneurship that benefit a nation. They live in an outer world where things get done, but don’t give as much priority to honoring the inner life of what it means to be human. The mature soul stage, however, brings awareness to this side of humanity.

With a mature soul shift, expect a change in how technology, social institutions, and the environment impact the world. Measuring everything by how it affects the equality of others becomes the priority. Racial equality, gender equality (including the LGBTQ+ community), equality in the workplace, and so on, all factor in. Governments will be unaccountable at their own peril, and all environmental initiatives will be judged on the basis of their earth-friendliness. The old emphasis of using people as a means to an end is replaced with how people in all walks of life are empowered.

None of these objectives get accomplished without a fight, and some solutions may lead to the inevitable overreach, where overreactive and extreme measures taken to correct a wrong, sometimes do more harm than good. This typically happens in the early stages of a shift.

We think it might be instructive to show how these stages played out in the United States.

A chronicle of shifts in conscious awareness is well documented in US history, where attention to the plights of those repressed and marginalized in that country were addressed. Of interest, mature soul consciousness has not marked all instances of societal change. Some late level young souls, weary of the gender inequalities during the turn of the 20th century, became actively involved in leading the cry of freedom and reform.

In the 1950s, though, following the historic Brown vs Board of Education decision, the first stage toward the mature soul shift was underway. Equal opportunity in schooling regardless of race became a matter of national record.

In the early 1960s, the work of Martin Luther King and the Civil Rights movement, aided in part by the support of John F. Kennedy (a young soul) was a continuance of the first stage, mobilized by the rallies, the marches and the emphasis on non-violent resistance. The protests and social uproar surrounding the Vietnam War was another offshoot of this shift in consciousness, and for all intents and purposes, consider Lyndon Johnson and his Great Society reforms the culmination of the first stage.

The election of Richard Nixon brought a setback in the outward expression of the shift — although as the population numbers increased, more mid-level mature souls were born, laying the foundation for changes to come in the future. Minor victories could still be found in pockets of your society, with the momentous Roe vs Wade decision impacting the rights of women across your country. But the second stage of the shift didn’t take hold until the AIDS epidemic in the 1980s.

Stigmatized as a disease from gay communities, AIDS ravaged the US in its death toll and gave birth to a homophobic level of discrimination that marginalized and incited acts of violence against men and women. The political correctness movement seen during the Clinton administration in the 1990s was the second part of this stage and attempted to right the ship. This continued for another two decades, with more setbacks and mature soul understanding put on the chopping block during the Bush administration. It’s not that movements for change did not exist, but as we’ve said already, during periods where an imbalance in political power exists, the ability to gain traction is diminished.

Perhaps surprisingly, the end of the second stage didn’t come until the election of President Barack Obama, and this was felt on many emotional levels as a culmination of the work done, and a celebratory review of what had been accomplished. There was a sense of hope and pride in the air, but it would be short lived. Almost half the voting populace seethed with hatred and sought the downfall of the first black president.

During the presidency of Donald Trump, the third stage began, and in keeping with Michael math, as you call it, the stage loosely resonates with the number three, which hovers between enterprise and versatility, and also reverberates to a degree with warrior energy. Although, these are approximations only.

Your nation currently finds itself embroiled in the first part of this stage, with the Black Lives Matter movement, the riots, the bitter acrimony that divided your nation during the pandemic, the contentious election, the raid on your Nation’s capital, all examples of the confrontations that come when two disparate ideologies in a country pit themselves against each other.

Four more stages remain until the US shifts from young soul majority to mature. Based on the probabilities available, we estimate this could take another thirty years or longer. Other countries in the world are already ahead of the US in this transition.

Some channels have declared the shift as complete and they are correct by a technicality, as the mature soul shift has begun an unalterable slide toward its point of no-return. But the finish line has not been crossed just yet.

The Michael teachings are a fascinating system of channeled wisdom that explores the psychology of the soul.

Using a unique set of tools that charts your spiritual progression from the first incarnation to last, the Michael teachings expand the evolution of consciousness by helping people develop greater self-awareness and more tolerance and compassion for others.

ABOUT THE MICHAEL TEACHINGS

Michael is a group soul, a collective consciousness of 1050 essences who finished all their lifetimes on Earth, cycled off the physical plane, and recombined into an Entity who now resides and teaches from the mid-causal plane. Basically, they (Michael usually refers to themselves as "we" rather than "I") are spirit-guides and mentors to us here on Earth, channeling their wisdom and energy to us for our spiritual advancement and learning.