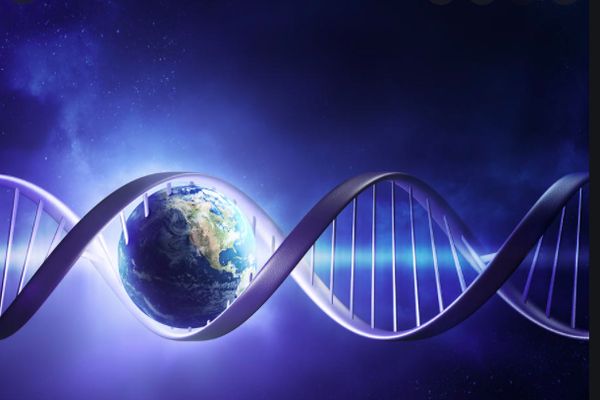 (Q) This past year I have heard you refer to the earth as Gaia, as a planet, and as a world. Which of these terms is more accurate, or are they all the same?

(A) Good question! Our earth is foremost a beautiful planet within our solar system. It is our home. In ancient times it was known as GI by the Sumerians, Geb (god of the earth) by the Egyptians, Terra Mater by the Romans, and other names that speak of earth’s life-giving properties; all references to a vast and beautiful home. Gaia, or Gaea, as it is sometimes spelled, is the name the Ancient Greeks bestowed upon the earth. They elevated the earth to goddess-like status, and imbued her with feminine, life-sustaining, mother-like qualities. In more recent times she been called the Blue Jewel, or simply Mother Earth.

Since we are forever naming things, names for earth abound. There are endless depictions and descriptions in every language. Most of them are complimentary, but some refer to the earth as no more than a rock, dust and sand. I imagine there have been times when that may have been true. The name Gaia came into greater use in the 1970s, a time of cultural and planetary upheaval. Those who understood the need for an ecological shift in consciousness expressed a view of the earth as a sentient being – a living awareness with qualities and properties that think, feel, breathe, and act in ways that nurture life – for itself, as well as everything upon and within it.

A scientist named James Lovelock is credited with popularizing the name Gaia by naming his research findings, The Gaia Hypothesis. His basic premise was that living organisms on the planet interact with a surrounding inorganic environment to form a synergistic, self-regulating system that maintains the climate and biochemical conditions that make life on Earth possible. His theory sounds obvious enough today, but fifty years ago James Lovelock paid a heavy price for going public with his theory. He was laughed out of many scientific circles, and it was a long time before his theories were accepted as fact. He is one of my heroes!

I didn’t have a name for what emerged and later blended with me in 1994. I could only describe its beauty, power, and wisdom. I remember being more concerned with how the energy kicked my butt, gave me a headache, and messed with my equilibrium. I was still somewhat new to channeling (a word I dislike) then and was unprepared for how it would alter my life path. One day I attended a seminar retreat in Hawaii led by the wonderful Ronna Herman. I sent a note to her room asking if I could share this energy the next day on one of our hikes. I think the name Gaia was suggested by one of the participants and it stuck.

Gaia is not the same as the physical earth, yet it is also the physical earth because they are not separate. There is an intrinsic connection between all living things here. Gaia, or Anima Mundi, is that connection. Gaia is to the earth what the soul is to the human body. We perceive the movement or activity of that connection as the spirit of the earth; the connective, sentient awareness of all that is earth, including us.

Our world is what we constructed with our minds and bodies. This world, or any world, began as an idea that came to life. We collectively out pictured this world until it became solid and real. We gave it and ourselves a purpose within it. We imagined histories, governments, cultures, art forms, and learning objectives. We created them, and then believed in them. Now we are being shown that as far as experiments go, we are nearing the limits of this one. We have stretched it pretty far. Sadness, aggressive tendencies, confusion, and instability are all signs of a world that is breaking down into its component parts. If we can remember that we are creative beings who can create worlds, we will create a new one. We are already beginning to do that. We are now a race of beings who believe we can live and work in space, or on another planet. Many different worlds can exist on a planet without bumping into each other.

A few years ago, a rumor came to my attention that Gaia was leaving the planet for a variety of reasons including that we were wrecking the place. But it doesn’t work that way. Souls don’t get mad and stomp away. And Gaia isn’t stuck here caring for us misbehaving children. The problem with making the earth into a deity or personifying her as an angry mother is that we miss the real beauty of Nature’s Wisdom. Big Wisdom.

There is no longer any doubt that the physical earth is shifting, shedding here, building there. The changes are only beginning, so it’s in our best interest to get to know our new earth and the ways in which she will be expressing herself. Gaia is also shifting and evolving. The energy I feel today is similar but not the same as it was twenty years ago. There is an elemental rightness to that being so. I am not the same as I was twenty years ago, neither are you. We should expect and accept that our evolutionary path is changing too. As always, we must remember that we do not own or control the earth. And we're not just along for the ride. Earth is its own being, with and without us. Gaia/Anima Mundi is the sentience that connects us to her, to all beings, kingdoms and elements, and to each other. Gaia is home.

©2021 Pepper Lewis and The Peaceful Planet. All of the information presented is for your reading and enjoyment. It can be shared in whole or in part with others who may find it of value as long as it is for personal use. In so doing, we ask that you always include the copyright notice located at the bottom of each document. This ensures our ability to make this information available to those who do not have access to the Internet. All other reprints including electronic transmissions designed for commercial use must receive permission from the author. Publications and websites interested in carrying this information as monthly columns or special features are encouraged to do so. If the material must be shortened in length, please clearly state that it is an edited version and refer the readers to the original full-length version.