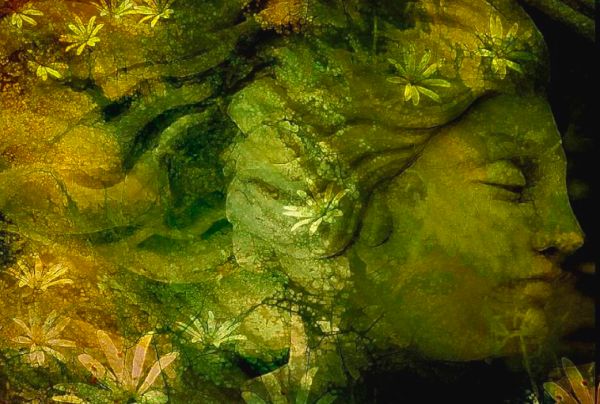 Three steps forward and one giant leap back? That’s how I felt on hearing that the U.S Supreme Court had made its decision. I turned to Gaia for solace and understanding. This is what I received. ~Pepper

Surprise and discontent have always been a galvanizer of people. There is little ambivalence on this subject. Even those who are not prone to react find themselves firmly on one side or the other. It is a for or against subject, as if the public were not already confounded by world events. While some jump for joy, others cry out in lament. The judicial system has judged. They are empowered to decide, and they did. And now one more facet of life has been turned on its side.

As cultures continue to crumble, many more issues will be front page news. This issue is notable, not only because of its social implications, but because of its obvious indication of where power currently sits. Power is held by a select few. Empowerment is not with the individual, not with the people. In olden times was a saying, “Beware the men in dark robes lest their long shadow is cast in your direction.” In those times black robes were not a symbol of justice, but of indictment.

Carefully and craftily patience has proved fruitful. Cunning is, after all, a deeply ingrained human trait. The prevailing winds currently favor this agenda. Those in power have the wind at their back. As was said in an earlier communication, humanity faces heavy crosswinds now, and this is an example.

Who are they, the deciders? They are you, but not you. They reflect who you may have been. How foreign they seem now, arcane and out of step with the time, no? In what world could they be remotely associated with you? To understand them, you must know you, and you are open to that now. Remember, evolution is not linear. It is circular and cyclical. It is sustained by a full circle of understanding.

Long ago, as circular memory permits, womyn rose to her full potential. The gods were friendly then and the laws few. Womyn, like men, stood tall and in favor, warmed by the sun and protected by the moon. Aided by a more potent plant kingdom, womyn wove magix into the medicinal gardens.

Today’s mysteries, what is left of them, is rooted in these times and ways, for ultimately nothing is lost. Not forever. Magix and medicine are not close partners now. The soil does not recognize the root. Without biological moisture the seed is not properly received, it cannot penetrate the hard earth. Acrid tears of sorrow and anguish make dry what was once fertile.

In those times, which were not nearly as primitive as you might imagine, there still existed balance between the masculine and the feminine. The staff was not cold and indifferent then, it did not force its way into the warm cave without first being invited. As earth was in balance, so were elements and resources. Know this, when womyn are made less, resources wane. Thus, it follows with medicine and with men.

And here we pause to state the obvious, that our subject is not sexual expression or preference. It is the sacred versus the profane, nature’s magix versus power usurped, laws of earth versus laws of men. Set aside all us versus them agendas as these can easily unseat your wellbeing. These times being what they are, the damage cannot easily be undone. Take privilege in your lived experience. Opine, but do not oppose.

In that long ago time, there were many acts of intimacy. By comparison, there are few today, which accounts for an external interest in new and varied partners. Men and womyn both understood the nature of their bodies. They knew well how to mark time by the seasons and cycles of the moon. Rare it was that a child was conceived without one or both partners choosing. Customs being different then, no child was born out of wedlock and paternity was never questioned. Roles were not sternly divided, and responsibility was not saddled on any one individual or gender. Children were reared by all who had something to offer or teach.

Our purpose here is not to describe an idyllic paradise, but to offer a vision of a different paradigm, one that existed in your past rather than a longed-for future. In other words, it was and is possible. What you call power today was simply purpose then. It did not reduce or diminish.

Rape or incest did not exist then, though there were some who remembered a previous time when this was so. Sexuality was not taken by force. It was not that they exerted better control of their instincts and desires, nature spoke differently then, and exchanges of affection or intimacy had greater and lasting value.

In this exploration we have not visited times of imbalance, yet examples are scattered throughout your timelines. Battles over gender superiority have resulted in domination, subjugation, and discrimination. Ever it has been so and today is no exception.

Of interest now is this: When the feminine held dominion land was fertile, seasons were mild, populations were less. Culture spread but did not rise in ways you would recognize today. It was ordered, but not in form and function. Nature was wild then, and the goddess spoke from the depths.

Humankind abides by nature’s rule first, law second. When shifts in polarity occur, man inevitably must follow. When the moon calls the tides to order, so does man reorder his world. The rule of man is one of form and function, law and order making, monument building, and truth seeking. The god of man speaks from great heights.

Change being what it is, role reversals have been many. Even now the axis pivots, this time in favor of gender fluidity. In a few generations the differences will be evident everywhere. The desire to express form in a variety of ways is the privilege of nature.

But here and now turmoil threatens all whose evolution has brought them to this crossroads, and a third or fourth gender has not yet been welcomed. Interestingly, many of the aliens you continue to invite and hope to meet are not of a specific gender. Many are what you would call gender neutral. Perhaps these encounters will lead to greater understanding.

In summation, at issue is not who owns their anatomy or sexuality, it is an imbalance of structure and power. The issue is not with conception, contraception, or the preservation of every precious life. As has been said before, this age must yield to the next. War in the heavens is reflected and represented on earth. Rulers want to wield, not yield. Evidence abounds.

Pisces has held rulership over earth, it will not easily give up its place. Aquarius abides, but not much longer. On earth, patriarchy holds fast to its power, but not for long. Earth is parched, dry, and thirsty. Lakes are low and resources less. Missiles and monuments are signs and symbols of a world in decline.

In the meantime, do not be idle. Study well the medicine and magix of plants that can protect you. A womb can be open and receptive or silent and uninviting. The moist, dark cave belongs to womyn. Those who desecrate rather than preserve it will be called to account.

Know this. Hear and recite this. A soul’s privilege is to choose life of its own accord. It alone chooses its entry point, which varies in timing and texture. A soul is not immediately bonded to the organic material that is offered. Ignorance and arrogance are convinced they know more.

The Mind of the Universe makes material available to all beings. It can be rough or fine, or an aggregate of earth and sky. When that which is ever-living enlivens the material with essence, the gift of life is possible. A soul is a traveler in spacetime, a storyteller, a secret revealed in form. This privilege belongs not to a mother, a father, a surrogate, or a law enforcer.

Gentle may your thoughts be in this present now. Soft may your heart remain. These are your strengths. Do not make an old paradigm the emblem of your life. Let it sink beneath the waves as other worlds have done. One day you will tell its story just as I have done here. Make your telling vivid and well accented by your memories so that it will be believed. Let it be said that you lived fully and allowed others to do the same.  ~Gaia