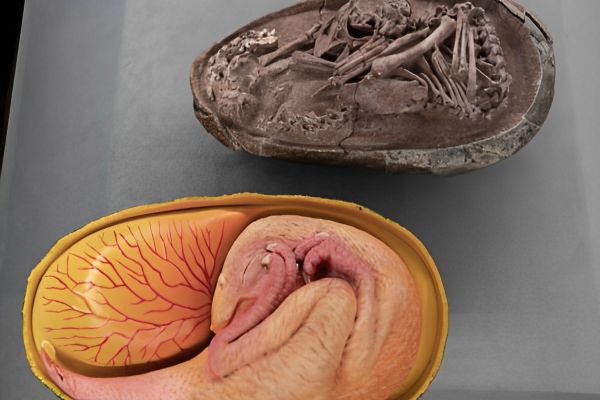 (Q) I am a lay dinophile (someone who loves and studies dinosaurs). Recent discoveries have included fossilized dino embryos. A next find might include tissue or DNA. I know there are larger problems to consider, but is there a remote chance that dinosaurs could be resurrected?

(A) Pepper: Wow! I can honestly say that I have never received a question like this one before. Thank you for that! Other than watching the Jurassic Park movies I have never even considered this. I admit that I am stumped. Luckily, I know where to turn for a better answer.

(A) Gaia: Please follow closely. Nothing, no-thing is ever extinct. In a sense, what dinosaurs were, their essence, continues to live. Extinct or not, they are more popular than ever. Other extinct beings have not been as fortunate. Their size, vast evidence of their previous existence, and the suddenness of their disappearance inspire us to contemplate times before this one.

It is good to be reminded that earth has served many beings and continues to do so. Dinosaurs did not own or control the earth, but for a time the earth was mostly theirs. Even so, their days were numbered long before the extinction event – they had evolved within certain parameters but could not adapt further – their size had become a disadvantage, males and females were both succumbing to sterility, their limbs suffered from paralysis and atrophy. Amphibians and Pteros (winged dinosaurs) were better supported by water and air, but the era of the great dinosaurs would soon end.

Why? Because they were not able to evolve further. They could not be raised (a subject we will discuss in greater detail soon). They could not be lifted, improved, or helped. If you have been following closely you may be thinking, why would they need help with that? Doesn’t evolution just happen? Who or what couldn’t help them? The truth is, evolution does not happen on its own. Sometimes it can’t. Dinosaurs would live on earth in the shorter term, but earth was already being redesigned to accommodate a different future. 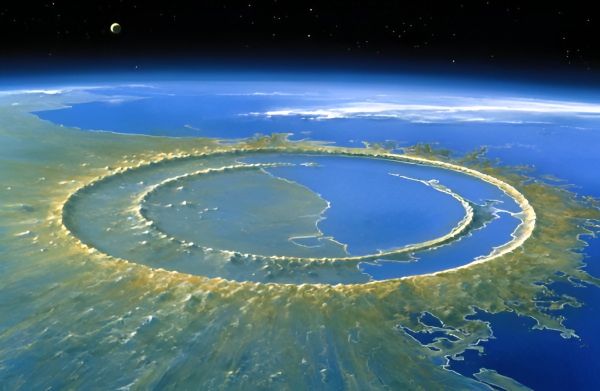 Did Gaia summon the asteroid? Did Anima Mundi determine it was time for a mass extinction event? The answer is less personal but more precise. Celestial bodies, including earth, are visited by messengers when called or sent. A wisdom that is wider than the solar system but not as wide as the galaxy periodically raises or animates worlds that are capable of sustaining or advancing beings. When charged, these master principles become thousands of times more powerful, causing every manner of making, unmaking, creating, and destroying. Master principles are not gods, but in the telling of creation myths, they have been so named.

Cosmologically speaking, we have paused on a mote of dust on a page in earth’s history. But it happens to have relevance to a more current page, one in which humanity is considering its own ability to raise or be raised in depth and dimension.

Fascinating and timely is humanity’s current interest in deflecting asteroids away from earth – a calculated coincidence or knowledge beyond the everyday? The slight detour we have taken was not meant to carry us farther away from your question. On the contrary, it is designed to broaden your perspective of the beings you are endeared to and the important role they once played.

Now, is human interest and organic dinosaur material enough to make dinosaurs de-extinct? No. Why? Because there is still no place for dinosaurs in the evolution that is currently unfolding. Without a place or purpose to occupy in spacetime, organic material is just material, it is not life. It is clay, inert material. It cannot be lifted, even into unconsciousness.

Much has been said about the size of the dinosaur brain, but that was not the problem. Lifting, or raising, is a necessary component of evolution. If a being cannot be raised (a process that involves internal and external forces) its term will be shortened and eventually terminate. This is true of beings as well as worlds.

There are many factors involved in the extinction of a species. As you already know, some are exclusive to humankind. Others are inclusive of a universe that is exquisitely beautiful, but also impartial and wise.