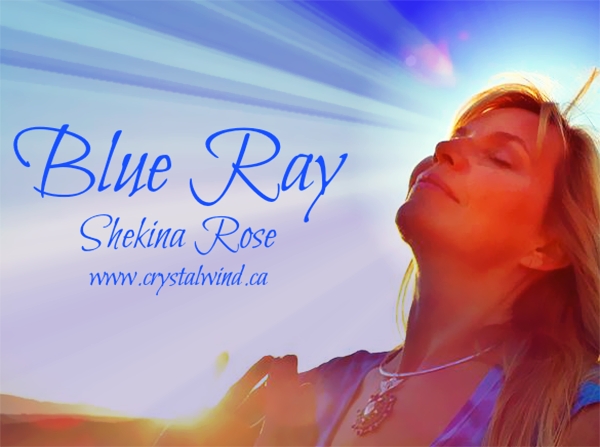 The Blue Ray empath starseeds work through the sacred divine feminine essence of Creation and act as transmuters of negative energies, transfiguring the body template to higher frequencies and thus allowing greater access to the divine codes of the original blueprint

You are in a time of great awakening from the ancient Solar Logos Cosmic Christos of your crystalline diamond sun body. In the divine original blueprint are the celestial records of humanity’s cosmic ascension evolution. The Christos Light of the Spiritual Sun anointing of the Solar Logos is being activated though eons of time-space to reach you now.

The anointing of the Spiritual Sun is restructuring the light cells in the divine intelligence of your ascension body and an awakening of who you are on a multidimensional level is being revealed. Your spiritual DNA Divine Blueprint is being awakened to the Divine Plane, healing the wounds of separation.

This is happening concurrently with the revelation of concealed and hidden information that the masculine is currently bringing forth. The sacred divine feminine through the Christos Sophia/Isis is mirroring the expansion of information being exposed, creating balance though a spiritual resurrection of the higher Solar and Universal Cosmic Planes. The anointing of the Spiritual Sun to transfigure and purify the energy template is for resurrection of the Solar Body Crystalline DNA, christening of the Christos/ Christ consciousness. The Christos, ascended masters and Shamballans are examples of the Solar Body Crystalline DNA living light.

The Sun shines for all it and knows no boundaries; it is continuous and here for everyone. It is a Universal Light that has supported all aspects of the Christos incarnations and the crystalline DNA.

Many Lightbearers and starseeds are experiencing visitations by ascended masters, including Jeshuha, Mother Mary and Isis and the return/reintroduction of the Essenes, Cathars, Solar Logos and The Elohim Feminine Counterparts of Creation. These are the lineages you are from that awaken codes of light and remembrance within the soul cell spiritual DNA. Know you are the master of this divine network configuration to unfold. Within you is the key of surrender of the holy flame of Love that will unlock a time capsule waiting for you to respond to that light combination.

You are a universal Christos body, a divine template

You are not just this lifetime; you are not just what this age has taught you; these perception veils limit your true essence and expression. Yet what are the remnants of human kind on Earth can be your springboard for a higher truth embodiment of light. You are a universal Christos body, a divine template of spirit that exists within the Universe and Cosmos, with your higher mission of the divine plan unveiling.

Within you is a new initiation of your spiritual physical body, a Christos Light vehicle of the Crystalline Sun that is waiting for your reawakening. Your soul’s intuitions, the divine plane, the Universe and Cosmos are guiding and supporting your connections. You are the anointing. The promise of eternal divine love is being awakened via the Christos body of light inside your heart wherein a golden flame is expanding by a greater light of love from the holy divine of Creation in its myriad forms. Be open to this gift of a most profound experience. Keep on keeping on, in listening grace.

The Blue Ray Beings are an ultra-sensitive, empathic soul group like the Indigos that came from many different ascended planets and light realms to enlighten the genetic code of humanity and raise the God consciousness on Gaia. They are the lost ray of the Light Worker. “Shekinah”, a Hebrew word in the "Language of Light", is a mentor of the Blue Ray. Shekinah is the lost aspect of the sacred Divine Feminine of Creation that is the embodiment of God, the ascension process.

BlueRay is the soul group consciousness of the highest aspect of all Blue Rays. Together we give you these transmissions.

Copyright © Language of Light vocal sound transmissions by Shekina Rose of www.shekinaspeaks.com - Permission is granted to copy and redistribute this article and videos on the condition that the URL www.shekinaspeaks.com is included as the resource and that it is distributed freely and on a non-commercial basis. E-mail:
Newsletter - here

Being Grateful for Where You Are - Inspiration for the Week

Meditation: When We Are Not Looking
Become a Patron!