Are You Compromising Joy?
A+ A A-

There is No Santa Claus 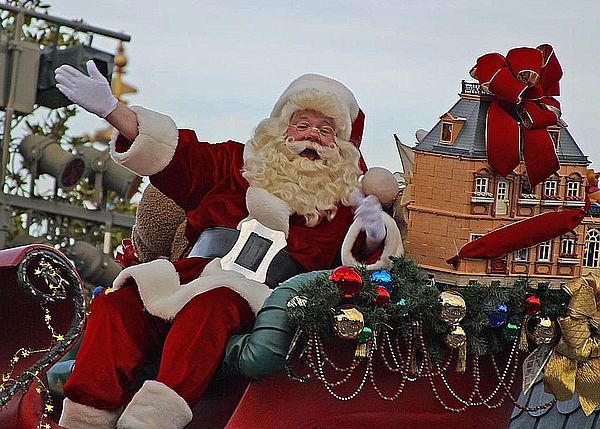 Even though you wish to love all, the chaos in your outer world limits the scope of your love. You likely crossed off large groups of people because they seem so unlike you. Perhaps they are of a different political party than you align yourself with or are a different gender, age, sexual orientation, religious affiliation, or race.

Such is so to encourage you to find your base, your soul actions. But since that overview is not enough for many of you to accept those not of your thought processes, you experience guilt and fear.

For you believe you cannot be of 5D or beyond if you cannot accept those of the opposing team if you will.

That inner crisis is not as devastating as you now believe. Enmesh yourself in team activities if you wish. Eventually, all will be as one – but not yet for most of you.

This is a divisive time.

Even though you will outgrow these feelings, you are clearing eons of societal rage. As predicted, those clinging to 3D power will not be leaders of the future and for many of you, not now. But this time has to play itself out, just as a kettle of water does not boil instantly.

Perhaps your concern is that 3D power and fear seem to be never-ending – flooding the world like a virus. Those fears and power plays have always been. But they were contained enough, so they did not necessarily touch every second of your every lifetime. As long as you played by most of society’s rules, you were relatively safe from direct contact with those who wielded power in fear.

Those power plays are now being exposed and as you change, you find them deplorable. Not because their actions have changed, but because you have. You are not the sheep of yesterday, you are the superman/superwoman of today.

So it is you are fighting against norms established for eons. Today’s happenings are no different from what has always been. Perhaps the communications are more rapid so you learn more than you wish to, but the actions are no different.

What happened in the past was a bit like believing in Santa Claus. You noticed what you wanted to notice and negated the rest. Until the day, you felt strong enough emotionally to know “the king wears no clothes” and Santa Claus is not real.

You are maturing. Those firmly ensconced in 3D refuse to do the same. So it is they are returning to a time when everyone believed in Santa Claus. And to prove their point more dramatically, they are shouting their rightness to the world instead of whispering in back rooms as has been the norm.

You are not wrong. Nor are those who believe in Santa Claus wrong. The difference is you are pulling away from them, and that frightens those who wish to remain of 3D. It is as if you tell your parents you no longer believe in Santa Claus and they continue to pretend that Santa Claus is a real. Your parents know they are not telling you the truth and you know they are not telling the truth, but you do not wish to disturb them so you pretend past the time when such is appropriate.

Those following any deeply enmeshed in 3D are pretending to be of one mind. And perhaps they are – for a time. Most of those followers will also mature and understand there is no Santa Claus.

You, the forerunners, are a bit ahead of the crowd knowing without a doubt that fear is no longer appropriate or believable.

That belief is rapidly growing within humanity and all earth beings – except for those who are prolonging 3D fear to help you shift to 5D or beyond.

Those of 3D are your helpers, just as your parents created Santa Claus to make your holidays more festive. But unlike your parents, those deeply ensconced in 3D do not wish for you to grow beyond their belief systems of power and fear. You have and others will.

Those deeply enmeshed in 3D do not understand and will fight to the end to maintain their power. Not because they are evil entities, but that their transition role is to hold the 3D bastions despite all efforts to move beyond 3D. Those firmly of 3D are as deeply attached to their roles as are you to transitioning to 5D or beyond.

This is not a time of trifles. This is a time of discovering your role within the greater whole. So it is, you are horrified by that which you once accepted as normal.

Which returns us to our original point. You feel as if you are in a battle of “good” against “evil”. The truth is you are merely beginning to express your 5D role, and those you are battling against are expressing theirs. All as predicted.

Follow your heart, your inner-being and you will soon float beyond your anger. Pretend you are not angry or concerned and you will function as you always have in 3D.

The 3D kings and queens do not wear a cloak of 5D love and most likely never will in this lifetime. Allow your anger to flow until you understand why they fought so diligently to maintain your belief in Santa Claus.

Their actions are of love for this transition. They merely pulled the most difficult role as villains in a time when villains are being exposed and ignored. Grant them the freedom to act out their roles as they are encouraging you to act out yours.

If you are angry and bitter about those villains, it is merely your way of clearing societal ills you ignored or denied for eons.

You have played the part of a villain in other lifetimes. The difference is you were supported during those times by your society – and today’s 3D villains will not be supported much longer.

There is no Santa Claus as you have all realized – and more and more are realizing daily. So be it. Amen.