Your Ascension Journey - Adama Of Telos
A+ A A-

2020 The Year Of Monadic Service And Avatar Embodiment 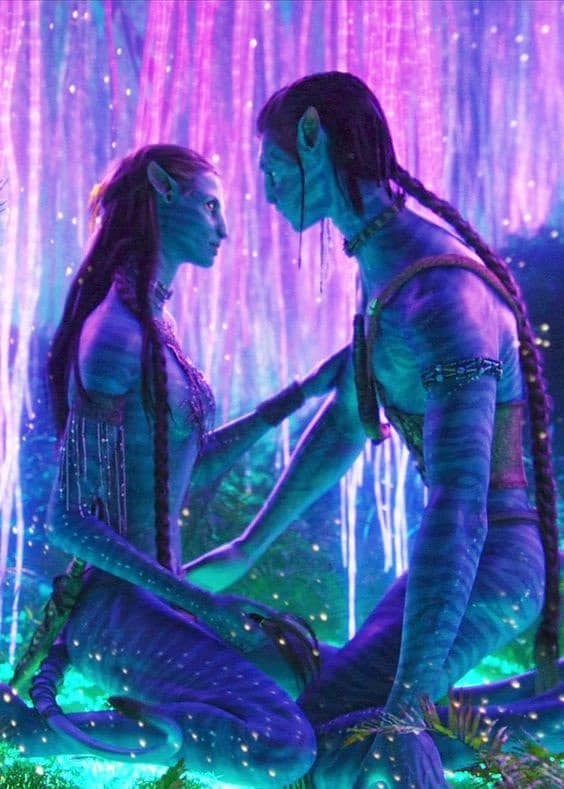 Are you ready to step in as an embodiment of your monadic source self as an instrument of divine will, because no less than that will do in this powerful year of gestation of the new earth reality. You cannot play small in the new earth and expect your wildest dreams come true... the heart vision that you have carried for life times will not come to fruition, if you act from the limited self, that you created for this last incarnation of the piscean age of separation. It is time to get out of your disguise and show your true colors. Now is the time to be bold and rid yourself of the scarcity separation program of the old earth paradigm and merge with your full galactic majesty and merge with those higher aspects of self, that have served in the higher dimensions and prepared to assist you on the next leg of your soul plan post ascension.

Many of the forerunners and pioneers of light have diligently focused on establishing divine balance within between all polarities and their divine feminine and masculine and have lived many years in celibacy to prepare themselves vibrationally for their beloved divine consort. A relationship free of conditions where both are embodying divine union and wholeness that have transcended all egoic agendas to a life in service.

Now is the time that many of these beloveds, that might be your twin or not will step in. They have waited for you to rise sufficiently in consciousness and to clear yourself of lifetimes of karmic residue to merge with you as an aspect of your monadic field or will walk in as a higher consciousness (aspect) of another soul to form a sacred unionship with you in the physical in divine service according to your divine plan. This is something you have agreed on before incarnating and why many forerunners and pioneers of light have kept their focus and sacred kundalini to prepare themselves thru inner work, rather than compromising themselves and joining a relationship of the old earth energy, that are mostly karmic and of a totally different focus and purpose to what they have come to materialize on the new earth.

February is all about integration and balance. Three major gateways are coming up two quadruples 2.02.2020, 20.02.2020 and one quintuple 22.02.2020. A massive gateway and powerful opportunity to integrate higher dimensional aspects and soul extensions and reinstalling complete divine balance... bringing everything into zero point equilibrium.

The queens and kings are ready to step in and take their seat.

As a result of Gaia having repositioned herself in the 0-point infinite fractal convergence point from now on everything will be created by the hands of the monadic field, as this is the divine principle of the new earth frequency of divine balance, equality and oneness. A great amount of souls have left this realm the last few months leading up to the long awaited time collapse trajetory reset of Gaia and now many souls will be entering this planet from beyond this galaxy with a whole new set of codes and frequency signature, as they have contracted on bringing in these frequencies in this next important phase of earth´s evolution post ascension for the anchoring of the new heaven on earth.

Due to the timeline collapse followed by the reset into Zero point of the 3D earth and the pole reversal on 12th/13th of January a new wave of Walk-ins are now preparing and ready to walk-in as the frequency bandwidth of the earth has raised enough in frequency for them to be in vibrational match and to bring in the freedom codes of the new earth. Lately many of you have gone thru, what you could name a spiritual death, which is nothing but a reset and erasing of the old 3D template, that you created for this incarnation. For some this has happened abruptly, for others, those of you that have diligently worked towards it, it has been a gradual process, that culminated on or around the 12th/13th of January.... for some it is a "work in progress". Many have been and still are feeling disconnected and lost in no-mans-land neither here nor there and fully naked (zeroed). This has been orchestrated to allow for the convergence with your source monadic self and ushering in of your higher dimensional aspect(s), that is now needed for the implementation of the next leg of your soul plan and to give space for the Walk-ins, that have agreed to step in at this time on the ascended 5D earth.

In this next global group transmission on the paramount twin gateway of 2-2-2-2 we will join in the monadic field of the 144000 and you will receive an activation of your monadic purpose and plan, which will ignite and catalyze the souls from beyond the beyond from various galaxies to step into the new earth reality now. It is a magnetic calling if you like, that will signalize their time to walk-in.

Thru our united heart intent and the activation of the crystal record keepers in our body, that hold the keys and codes of our soul monad plan, they will know it is time. In other words we will create a gateway thru our united heart intent to enable the ushering in of our Beloveds, who have so patiently waited for this calling. Some of us have already met and even merged with our Beloved on dreamstate, but have been feeling and told it wasn’t yet the time for the them to enter the physical realm... some have already stepped in, but many more are yet to come, as the frequency has not been in vibrational match to our frequency.

However the waiting has come to an end. We are being urged to being conduits for their coming as Gaia and humanity need their vibration and galactic imprint (keys and codes) to build up the infra structure of the new heaven on earth from ground zero. And now is the time for the preparation of the Beloveds divine consorts to unite and step into universal service as soul monad twin triad energy.

We will be supported in this transmission by the Arcturians and the conglomerates of light of the Diamond of the 22 galaxies of light, which is an alliance of star nations, a collective consciousness beyond this galaxy, that support the universal intergalactic advancement of earth and will ensure the new earth sophia christos in owning her seat amongst the councils of light of divine unity, peace and harmony for the benevolence of the universal evolution, that indeed is intergalactically connected and facilitated thru united effort.

If you hear the calling from within your heart, you will know beyond doubt of this plan and of your contribution and the role you play for its completion. Whether you are already with your Beloved on this earth plane already or not, you can greatly support the ushering in of the rest of the members of your soul monad, which are equally important for the unfoldment of your spiritual advancement and implementation of the soul monads common purpose in divine service.

Do you feel the magnetic pull of your soul monad and your Beloved calling, do you feel ready to step into divine service and fullfill the promise of the new Eden, then join us in this momentous soul convergence and merging of consciousness. A most awaited homecoming. Please sign up and let your soul´s essence pour into the monadic field, as we unite as one for this grand homecoming and seeding of the Beloveds into the new ascended earth plane and into our being. Join us on the quadrouble 2-2-2-2 gateway at 8 pm central european time, GMT+1 by clicking on link below:

Please click on link to know how to join this activation and what you need to participate and sign up, do read till the end to get all the details. It is a global group transmission (no audio, no live) facilitated by our beloved Arcturian family of light and many other galactic star nations, that are part of our various soul monads and with our united heart intent we will be a birth canal of light for our beloved higher aspects to be anchored in with ease and grace from within our group merkabah.

Click here to join us. Already over 560 souls have signed up for this auspicious convergence of consciousness and reunion with our beloved soul monad. A true homecoming awaits.

Grace Solaris and the Conglomerates of light

Note for clarification of walkin: This is mostly soul extensions of soul monad which might or might not be our twin essence (depending on if the twinflame has chosen to incarnate or not) and it might also be angelic or galactic higher self aspects, that you need to integrate to accomplish and fulfilling your soul plan from a new vibration and level of consciousness. It is basically an expansion of consciousness which greatly supports your soul advancement into wholeness and embodiment of pure source intelligence.

We have 1061 guests and no members online