Channeled Message: The Crystal Stepping Stone To The Life Of Peace And Light

Channeled Message: The Crystal Stepping Stone To The Life Of Peace And Light 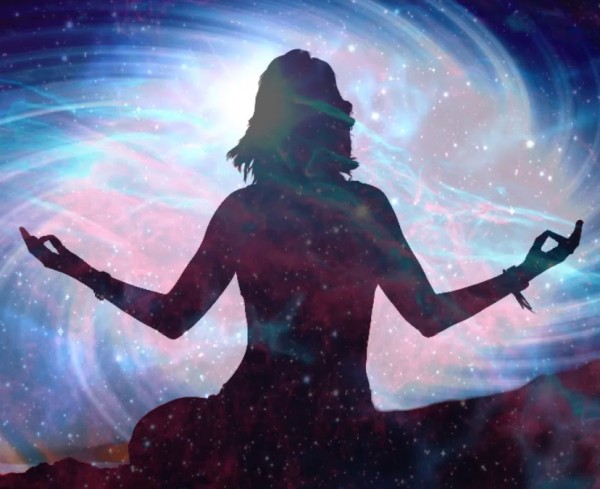 We are happy to have you back, dear brothers and sisters of planet Earth. We will, today, continue to speak to you about the spiritual evolution that is manifesting on your planet even if you do not have the impression of it. It is true that you are again and again in the envelope of heavy energies wanted by those who wish to maintain terrestrial humanity in a state of lethargy and especially of fear in order to have more facilities to manipulate you.

But, as we've discussed in previous messages, what those who manipulate you want backfires. What do you mean ? Quite simply, instead of leading to a deep fear that really exists but tends to fade gradually, the situations you experience make you more or less react, that is to say that a thousand and one questions come to your mind concerning the veracity of everything that is happening and everything that is told to you by your government leaders.

Indeed, we are going to tell you that they are getting clumsier and clumsier. How does this manifest? We are going to tell you that the more they want to scare you, the more the questions you ask yourselves open doors of awareness in all of you. Of course, on the one hand a large number of humans react out of fear but, on the other hand, another part of humanity which is growing, understands better and better the tactics of manipulation of which it is the object.

Wanting too much to scare you, your government leaders make you react and wake you from your lethargy, from this sleep of acceptance of all the constraints they asked you to live with, and this is already starting to turn against them. You can, in your country of France, note that your President and his ministers, even if they seem sure of themselves, are not well at all in the situation which worsens for them. Of course, they are not going to admit that they feel uneasy, that they are beginning to fear the reactions of the people, but, deep within them, a certain fear emerges.

We are also going to tell you that we, your galactic Brothers, are making sure to confront them with their responsibilities towards their people but also with what this can entail for themselves individually. This is done most often during the night, and whatever they think of it, images, situations that are not very fun for them appear in their unconscious.

Of course, they do not wish to believe it because, who could prevent them from having a hold on their people? No one, they think, but they are mistaken, hence this invisible but inner malaise that begins to eat away at them.

Through all of this they are trying to increase their pressure on you but you are going to find that even though there are going to be tricky events in the next few days, it is all going to come crashing down to their detriment.

Do not doubt that the energies of desire for Peace, for Light emitted by all humans who are opening up to the true reality of who they are and what they are, will spread more and more on Earth, in its energies, in its subtle bodies and this will bring about an osmosis between the rapidly ascending Earth and earthly humanity.

The energies that you emit wishing the happiness of humanity and the Earth will increasingly and rapidly be the crucial moment that will decide the downfall of all those who wanted and want to manipulate you, but also the opening , from the grand opening to entering the fifth dimension and into the New Earth.

In fact, the actions of your rulers and of all those on Earth who are this world government which wants to have great power over you, have the opposite effect of what they wanted. The people of the Earth react in multiple ways very favorable to a great opening of conscience: by the prayer of the heart and not the religious prayer which has forgotten Love, by mutual aid, the support of such people to such people in the 'Love, through respect between peoples etc.

Dear brothers and sisters of the Earth, even if this earthly situation within humanity seems very difficult to you at the moment, we can tell you that the Light is waiting for you and will bring you this Grandiose Love, this Marvelous Light, this Peace that you want so much.

We are going to ask you to have confidence in what we are doing to help humanity come out of this confinement in which it was and still is .. We are doing everything we can to support you without interfering in your free will, it is the respect that we owe you, because you are courageous, very courageous souls who have decided with their hearts to come and experience this period of transition on planet Earth.

What more beautiful gift of Love could you have offered to the Creator, to the Earth and to yourselves who are totally concerned with this transition and with the approach of the New Earth? There is no greater gift to Life even if you doubt yourself. We assure you that all souls currently living on the entire planet Earth are souls who have decided on this gift of Love.

You will say: “but those who want to manipulate us and have been manipulating us for eons, did they come to Earth for Love? »

We are going to say yes and no: first of all these souls decided to incarnate to make live difficulties with the earthly humanity in order to make it react so that it rises in the Pure Love and the Pure Light. But, along the way, human feelings took over, sometimes very strongly, and what started out as a desire to make humanity grow through Love became something much darker.

Dear brothers and sisters of the Earth have confidence in what you are currently experiencing: it is the crystal stepping stone that will propel you towards the Life of Peace, Serenity, Light.

We repeat again: DON'T GIVE IN TO FEAR for you are the ones by whom world government will collapse very quickly. TRUST YOURSELF IN THE WRAPPING OF PUREST LOVE WITHIN YOUR HEART.

We have 634 guests and no members online