Channeled Message: The Mesh Of Time

Channeled Message: The Mesh Of Time 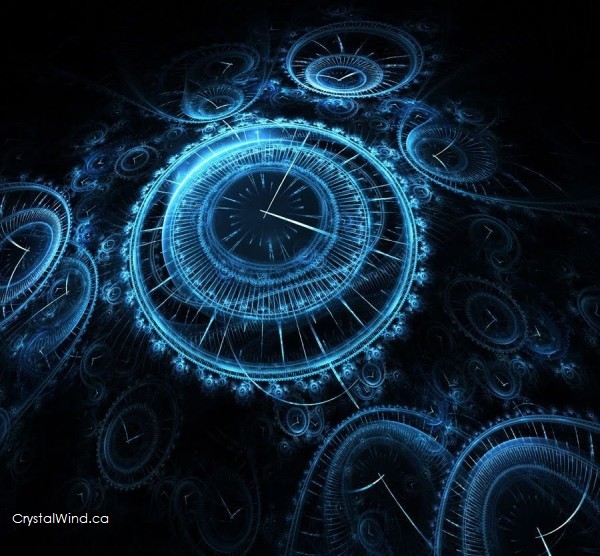 The idea of ​​a secure future where you can roam freely and have access to the most wonderful galactic technologies, travel through the Solar System and beyond, and see the eradication of all diseases from your planet seems far from happening in the minds of some. It is true that with the picture they are shown every day on their news, this really does seem like a utopian dream.

For this reason, we have been calling all of you not to focus on what you try to deliver every day, so that you are not in low vibrations, but that you feed the good thoughts that will surely move the energies and take you to this most sublime reality. , which is not mere utopia, but a truth that is in the lifting of the veils.

Your next generations will be extremely grateful for how much they collaborated, staying true to their hearts, even with all the fierce opposition that, with each advance of you, tried to impose barriers for them to retreat. Currently, you have seen the disorder they are causing with the constant spread of chaos and fear. Dear Ones, we are seeing a much bigger picture and trust us when we say that the destiny of Mother Earth and all of you is the luminous Higher Spheres.

Daily, many of your rulers have been thinking of a better way to tell them about our constant presence and their time is funneling each day, as they know that, whatever the cost, it won't be hidden much longer. We have received several calls from the Holy Elders of your Solar System alerting us to approaching cosmic events. These will trigger significant changes in the way of thinking of souls on Earth as many of the systems that keep them under mind control will completely disintegrate in the coming months and this will give you an even bigger picture of the picture. Even those who are unaware of extraterrestrial reality will be surprised when our teams start visiting them in their dreams or even letting themselves be shown with their closest ships.

As these events march towards the current timeline, those who remain in the dark continue to look to false flag raising to bring ongoing fear and keep them insecure in regards to a possible world war. Needless to say, such an event will not occur. There is no more room in your planet's energy field for a war of this proportion. Know that we have control of all nuclear warheads that may be fired at any nation. We would intercept them immediately. Even so, there are souls on Earth who are unaware of our ability to act in this regard, or wonder about our “non-action” in certain situations. Again it goes without saying that we go as far as your own free will allows. The planetary consciousness itself has already reached a level that prevents a third world war on your planet, but obviously there are still details in the healing and adjustment phases. This often leads to local clashes, which also won't last much longer.

The fire of discord among some of your leaders is being extinguished, as they are also aware of our capacity for direct action, should they exceed the margin of safety established in the Council by us and them. Even so, there are among them those who serve the dark fleets who, at this moment, are trying to maintain a line of contact with their representatives on Earth. However, it is useless, as our scientists have blocked all external signals coming to the Solar System towards us and with the intention of giving instructions to souls who have not yet chosen the Light.

In the coming months, you will also be graced with a closer approach to the Starfleet of the Lady of the Worlds, Mother Mary. She who has traveled throughout the galaxy summoning billions of beings to present themselves around Earth in this special period of profound transformations. Many will be able to see thousands of bright bluish dots strolling through the skies at some moments of the current year, and that will not look like simple stars, because the blue will have a different tone. Many of these ships will also be cloaked in clouds during the day and you will be able to see them in shades of sky blue. These are the closest to the ongoing support you have received throughout your journey on Earth as you break free from the bonds of darkness and return to your deserved places of peace, freedom and bliss.

Never get discouraged! Summer that it was all worth it! Your efforts are being seen across the galaxy and you will be rewarded! Your souls have reached levels of strength like no other in this galaxy and you will see this clearly as time goes on. Enjoy the great Portal 02/02 and allow yourself to flow towards the softer forces, releasing the burdens you have been carrying over time. We know how tired you are and some are discouraged, but, once again, we say that when you look to the skies and sincerely ask for help, it never takes! You are not alone and you are constantly being intuited about what new step needs to be taken and/or in what direction!

It is normal for many to feel lost and confused when chaos, wars and disease are continually announced. However, if you withdraw within yourself, choosing the peace of your spirit, you can see something different from what is shown on the outside, for the more you allow this internal look, the more connected you are with the truth. In this way, you can convey peace to those who look to you for a word of comfort, as they know, albeit unconsciously, that you have something “different” to offer.

The future is certain and there is no room for doubt! You will achieve freedom and return to an Eden environment. This is your destiny.

I am SaLuSa from Sirius and, once again, as spokesperson for the Galactic Federation, I am excited for this year that will prove to be momentous! Your consciousness will return to more expanded states and you will be able to have more contact with us, when more and more of you will wake up from well-slept nights, with the clear memory of having been with us aboard our ships. Everyone is still waiting for special revelations, but we hasten to say that many of them will come from sides you can't even imagine. So allow yourself to turn your head in another direction and perhaps you will begin to notice things that you were not aware of before… It is a time when you will also be very surprised at your own intuitive abilities, when the more developed channels will get even better and those in training will feel more connected.

The time mesh that holds all the timelines together continues to unravel, leaving no other line but the Ascension line. It's your unstoppable destiny.