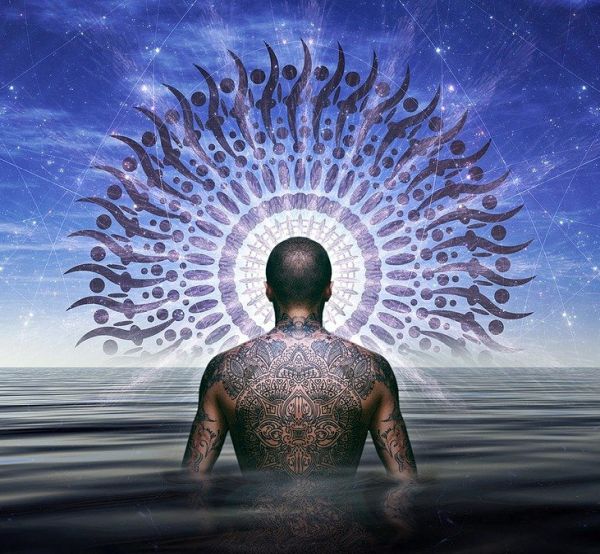 Hello our dear ones,

We are here. And as always, it is an honour and a delight to have the opportunity to speak to you, all of our friends, about your innate abilities.

What we would like to delve into today is about clairaudience. This is the inherent ability to hear and perceive sounds, tones, voices, and frequencies that are from other realms, other dimensions, as well as those that exist beyond the veil. That is the veil that separates your reality, and the many, many other realities that are just as real, if not more real, than the reality that you all perceive yourselves to be in. Clairaudience, we would say, is the ability to hear but it is an ability that of all the Clair abilities, it is one of the rarest. And most humans have learned the ability to survive based on what comes through their five senses, that is the physical senses. This, for humans, had an intrinsic survival value. As such, you all learned from a very early age those sounds, feelings, and senses that were very real in your physical reality. And it is through developing and honing your attunement to those real senses, that you enabled and guaranteed your survival in this physical realm.

Clairaudience is not an ability that has been much spoken of, let alone encouraged within the human realm. Though it is a metaphysical ability that many humans can learn to attune to. Very few humans have opened themselves up to this. What we will say, however, is that many of you have heard noises and voices from beyond the veil. These at times perhaps were noises that you may have doubted, questioned, or dismissed. But in many ways, they came from your guides, your teachers, those who are either in spirit form and who persist and dwell on the other side, who are seeking to gain your attention to share more direct guidance, warnings, and information with you in real time. Clairaudience is a more immediately received and perceived signal or message from beyond.

What we have often observed in many of our human friends is that this is an ability that is opened up by guides and teachers for more urgent purposes. That is when there is an immediate need, it is often more dependent upon a specific time frame. It is something that must be heard in this moment, whether to keep one safe or whether it is that the timing of the message is as important as the content and quality of the message itself. That said, clairaudience though it is rare, it is something that is often attuned to by humans when it is more important, more imperative, and more time sensitive in nature. Clairaudience is an ability that is opened up on behalf of humans at a certain point in time for a certain duration. There have been many incidences in which a human had heard a warning about some imperative danger and because of this time sensitive message that came through, in fact, their lives were saved or they were spared danger, injury, or trauma on some other level.

Messages from Beyond Propel Your Spiritual Growth

But this does not exclude the ability from being perceived, heard, and sensed in many other cases. There are many, many instances in which humans have heard the barking of a beloved dog that had passed on, or the comforting and soothing voice of a late mother or of any deceased loved one. These are messages that are, of course, carried from the source point. That is, from the being, or soul, or energetic form of consciousness that originates the sound and it is being directed to the human receiver. These are messages that perhaps are not urgent in nature, they may not be time sensitive. However, they are still extremely important for the spiritual development of the human involved. For it is these messages, these sounds, that bring, we will say, an instant sense of comfort, knowing, and faith that those that they perhaps have parted ways within this realm continue to exist in other realms.

But clairaudience is a sense that can rarely be mistaken. So, this gift, this innate ability, is one of course that helps keep you safe in the physical realm. But it is also one that in many ways reinstates your faith in the knowing that all those other souls that you have ever connected with in this, or any, realm remain close and connected to you, and they are always here to guide, protect, and assist.

What is interesting about clairaudience in its more advanced stages is there are many humans who can tune in to the inherent tones, notes, even sounds of songs, consciousness, and the universal rhythms, that perhaps you have not been taught about or have not learned about in this earthly realm. Clairaudience is a gift that many of your higher musicians have been endowed with. This is a gift that has allowed them to perhaps hear music, music that in many ways was from higher realms and or that was meant to carry with it information and healing for humanity. These individuals often heard this music and were able to bring it through with their five senses. They were able to manifest musical compositions from higher realms in order to birth it into this realm.

We can say much about the benefit of sound, tones, and music. They are inherently informative; they are charged with healing frequencies and information that work both at a conscious and subconscious level. This is to say, our dear ones, that though clairaudience for some humans may appear to be an ability that very few behold, it is an important ability. It is a form of channeling and of bringing through information and guidance.

Clairaudience, not unlike clairvoyance, are abilities that you can train your mind and your soul to be open to through chakra work, particularly with regards to the Crown, Third Eye, and to a lesser extent, the Throat chakra as these are all chakras that are energetically within the vicinity of where you have the ability to pick up on messages that come through clairvoyance and clairaudience. It is through the opening up of these chakras, whether it is through affirmations, meditations, mantras, essential oils, that is meant to target and open up those chakras. This is going to help those chakras open, expand, and develop in a way that allow you to receive and integrate information that extends beyond only your physical senses. And, as we have said, exists at a metaphysical level. It is this metaphysical information that is that which nourishes your soul, and we will say accelerates your soul’s evolution in so many ways.

With that our dear friends, listen, see, feel, know, and trust that you are guided, protected, and loved. And with that, we wish you boundless and joyful expansion.

Blessings,
The Galactic Federation and friends

Channelled through Kate Woodley-www.AscensionCalling.com
Our mission is to help awaken and raise the collective consciousness of humanity. By connecting with incredible, other-dimensional Beings, we share messages of universal wisdom and encouragement. These compassionate Beings are here to assist and guide us all in our ascension to a greater existence.
Source Here