The Vibration of Metatron

The Vibration of Metatron 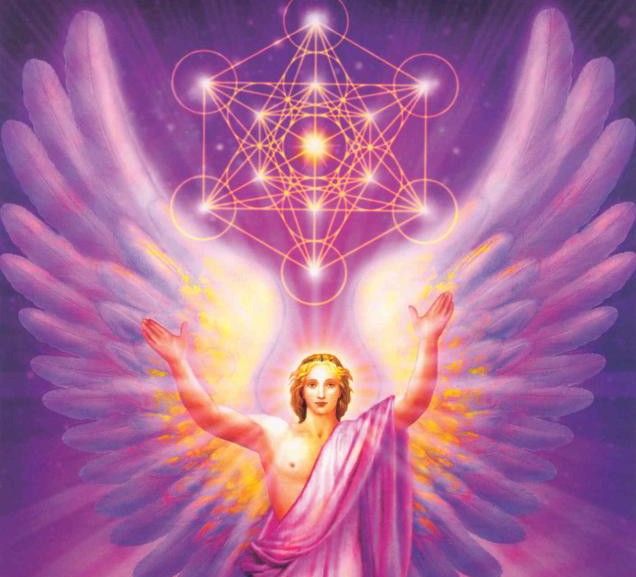 Energetically Metatron and the sacred geometry associated with him have been very animated and demanding as of late, I thought I would share a reminder of how this man became a Mighty Arch-Angel.

Archangel Metatron, the angel of Empowerment, oversees the flow of energy in a mystical light cube known as a Metatron’s Cube, which contains all of the geometric shapes in God’s creation. This shape serves as a vehicle for the etheric body to transport into other realms, dimensions or universes, to explore the deeper meanings of life. The complex Sacred Geometry structure of Metatron’s Cube derives from the ancient structure of the Flower of Life.

Metatron represents time and the center point of existence. The symbol of Metatron’s Cube explains ‘birth’ and the infinite expanding field of creation in all directions of time and space. This high vibrational geometry resonates thru all levels of light creating color, sound, and physical matter. Metatron emphasizes the significance of the masculine and the feminine energies in balance both weaving together in divine design and sacred geometry.

The myths of Metatron are complicated. The first version states he came into being when God created the world, and immediately assumed his many responsibilities as above so below. The second claims that he was first a human named Enoch who had ascended to Heaven.  Sitting next to God, Enoch was instructed in wisdom, and using his skills as a scribe, primed three hundred and sixty-six books. When he learned everything, God revealed to him great secrets, some of which are even still kept secret from the angels. These included the secrets of Creation, the duration of time the world will survive, and what will happen after its demise.

After spending time with God, Enoch returned to earth to instruct everyone, including his sons, in all he learned. After thirty days, the angels returned him to Heaven and then the divine transformation took place. All of this Additional wisdom and spiritual qualities caused Enoch’s height and breadth to become equal to the height and breadth of the earth. God attached thirty-six wings to his body, and gave him three hundred and sixty-five eyes, each as bright as the sun. His body turned into celestial fire and transmuted into glorious flame. Sparks emanated from him, and storms, whirlwind, and thunder encircled his form. The angels dressed him in magnificent garments, including a crown, and arranged his throne. A heavenly herald proclaimed that from then on his name would no longer be Enoch, but Metatron, and that all angels must obey him, as second only to God.

Metatron is one of the most important angels in the heavenly hierarchy. He is a member of a special group that is permitted to look at God’s countenance, an honor most angels do not share. he brought to the Jewish mystics the teachings of Kabala thru Sacred Geometry. Metatron is One of the only two Archangels whose name does not end in “el” (“El” meaning “in God” ) and one of the only two Archangels who were humans before becoming Angels (his brother Elijah/ Sandalphon being the other).

The meaning of Metatron means “he who occupies the throne next to the Divine throne”. Another of Metatron’s gifts is that of an ultra-high vibrational frequency. When you choose to work with Metatron, prepare for a serious dose of intense vibrational ascension. Through light work and energy cleansing, he can assist you in releasing what no longer serves you – physically, mentally, emotionally, and energetically.

We have 1497 guests and no members online