Babaji: This Message Is Intended To Awaken Those Still Capable Of Doing So

Babaji: This Message Is Intended To Awaken Those Still Capable Of Doing So 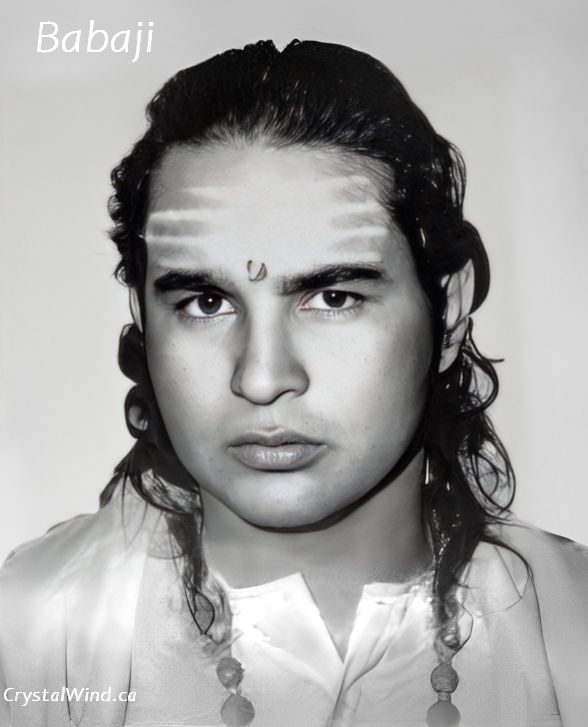 Today I have come again to remind you one more time about Our existence and Our Teaching.

Fear and negative states of consciousness arise in a place where there is no Love.

Therefore, the first priority in your lives is to restore the feeling of Love.

There is nothing new in My Messages and the Messages of other Masters, whatever We have given earlier, many thousands of years ago, through sages, prophets, and Messengers.

And yet, from time to time, We must remind you about Our existence, so that you know you are not alone in the Universe.

We constantly monitor your development and progress on the spiritual Path. And when evolution approaches a critical point in its development, and the very existence of such a reasonable civilization on the planet Earth is under threat, We cannot not to come and once again remind you of the basic postulates of Our Teaching.

We have talked many times about the necessity to overcome desires and give up attachments to the illusory manifestations of this world.

However, due to laziness and unreasonableness, many of Our followers do not pay proper attention to Our instructions.

For example, now the illusion has introduced several new traps for your consciousness, which lead you away from the Path, effortlessly and unnoticeably. I am talking about your attachment to smart phones and so-called social networks. What makes you think that these types of attachments do less harm to your souls than alcohol, nicotine, music with the wrong rhythms, drugs, gambling...?

One hour spent by you on social networks postpones your progress along the Path for a whole year. And a year of regular use of social networks can deprive your soul of the possibility of evolutionary development forever.

The next question that I would like to highlight in My Message, concerns the attitude towards Our Messenger. I have already said in My previous Messages that according to the way you treat Our Messengers, We judge whether Your civilization is capable of further development, or will it join the scrapheap of unsuccessful civilizations of the past.

Let's think about this together.

We have been working with humanity on Earth for millions of years. The main spiritual work and training are conducted by Us in specially created places: The Ashrams of the Brotherhood. At the beginning of the Mission of Our Messenger, such an Ashram was created near Omsk. This is an ancient place of power, from where We planned to spread Our Teaching and raise the consciousness of humanity to a new level.

The duty of Our chelas is to take care of Our Messenger and create the necessary conditions for spreading the Teaching.

For several years, We were giving Messages in the Ashram of Our Messenger, saturating the earth around it with Divine vibrations. You just needed to accept Our Gift and protect it like the apple of your eye, from the representatives of the opposite forces.

But Our outpost was captured by the opposite forces. Desecrated and destroyed.

This creates heavy karma that falls on the shoulders of those light-bearers, who have taken an embodiment specifically to protect Our Mission in Russia.

This karma has narrowed the consciousness of the light-bearers, and has closed their vision to such an extent, that they have ceased to distinguish Light from darkness, and understand the simplest provisions of Our Teaching.

The people called to become the salt of the Earth sowed the bitter fruits of treachery and betrayal.

What is their fate? To be pushed on the road, on which future evolutions will march.

There are mistakes, there are delusions; there are sins. Everything can be understood and forgiven. But there is no excuse and there is no forgiveness for the most grievous sin - betrayal.

In order to preserve the Focus of Light, anchored in the bodies of Our Messenger, We were forced to relocate Our Messenger outside of Russia.

When a person commits an unseemly act against Our Messenger, he creates karma that falls on several generations of his family.

In the situation with Our Messenger, it happened that the government authorities of Russia began to persecute and carry out repressive actions against the Messenger and her relatives and friends.

It is a property of the mantle of Our Messenger that any action directed against Our Messenger reflects off her mantle and returns to those who performed this action a thousand times stronger. This applies to separate individuals - doers of evil will, and the entire countries that did not render Our Messenger the proper honors.

We had very high hopes for Russia. At present, these hopes have not been fulfilled.

In the last 100 years, Russia has twice rejected the helping hand extended by the Great White Brotherhood.

A country that rejects Our help and persecutes Our Messenger cannot exist for any significant historical period of time and is doomed to disintegration and dying.

The majority of the country's population cannot understand the reasons for the trouble and misfortunes that have fallen upon it. However, I repeat once again: countries make the choice, represented by their best representatives.

And the best representatives turned out to be black sheep; and some wolves in sheep's clothing are prowling in search of lost sheep in order to finally lead them away from the Path.4]

I want you to have in your minds an understanding of the reasons for what will soon happen and is already happening.

There are no evil demons until they settle in your consciousness. When light-bearers do not fulfill their mission, the planet falls under the power of the opposite forces.

A civilization that has torn itself away from God and His Law, cannot exist for any significant period of time.

As it happened with many civilizations of the past. So will it be with your civilization.

Having lost the Focus of Light and the direct transmission of Our Teachings, the light-bearers of Russia could not keep their consciousness at the proper level; they made a choice for the whole country. And because, according to the plan of God, Russia was to show the path to the whole world, the whole world fell into a period of chaos and confusion.

Nothing can exist without Divine energy.

What is the way out?

There is always a way out: to return to the Divine Path of development.

Honor God, the Masters, and Our Messengers.

The purpose of My Message today was to wake up those who are still able to be awakened from the sweet dream of illusion.

Our help can always be provided. But We need souls capable of heroic deeds, self-sacrifice, and service. Those who have prepared their vessels for the pure Divine energy, which We are always ready to fill pure hearts with.

Submitted to CrystalWind via Email For Re-Blogging.

© Messenger Tatyana Mickushina
In 2004 I was granted a Messenger’s Mantle of the Great White Brotherhood and received an opportunity to bring the Words of the Masters to people.
During the years 2005-2020 at certain periods of time I have been receiving Messages of the Ascended Masters in a special way.
I am very happy that with the help of many people the first Messages I received have been translated into English and the English-speaking readers can become familiar with them. The only thing the Ascended Masters want is to spread their Teaching throughout the world.
The Masters give their Messages with the feeling of great Love.
Love has no limits.
There are no boundaries between the hearts of people living in different countries, there are no boundaries between the worlds.
The boundaries exist only in the consciousness of people.
The Masters appeal through me to every man living on planet Earth
From Siberia with Love,
Tatyana Nicholaevna Mickushina

© 2023 crystalwind.ca. All rights reserved. We track all IP addresses with sniffer technology. Using a Proxy/VPN will not hide your IP address.