El Morya: You Are Strong And You Will Make It 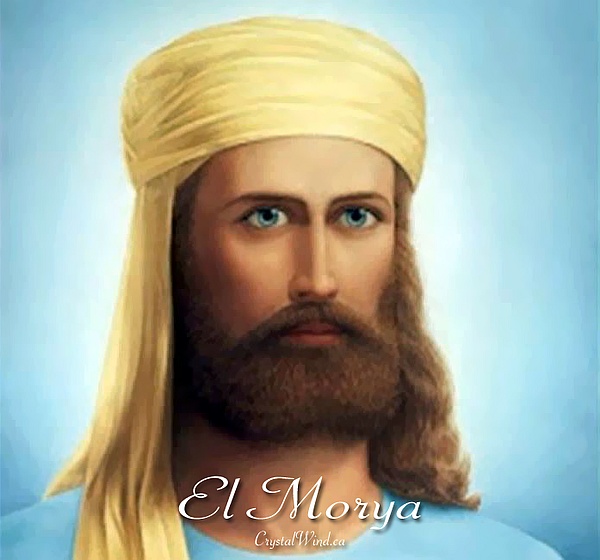 Dear brothers! I AM EL MORYA!

It is important at this time, in this great stage of evolution of this beautiful planet, that you know a little bit how to face so many changes. As you know, I lived many times incarnated on this planet, and with that, I went through a lot that each one of you goes through today or already went through.

At some point in my walk I ascended, I chose to ascend. And I can say to each of you, it was not an easy choice and it was not an easy process. To be incarnated within this dimension is to succumb, it is to live, it is to feel all the duality, all the feelings that are emanating within it. And getting rid of all these feelings is not simple, it is not easy. It's as if we have to be born again, to learn to live a new life, to learn to feel new feelings, to learn to make other decisions. This is not an easy process. It's as if all of a sudden, those people who write with their right hand and who are used to it since childhood, had to change, had to start a new process of writing with their left hand. I ask you, is it impossible? No, it's not; but it's quite difficult at first. The lyrics look more like a scrawl, hideous, shapeless, but over time, if you insist, it all gets better.

So, take this as a little example of how you are able to change; how you are able to create new brain pathways. Because each habit, each custom, is like a very well-defined road in your brain. And when you try to change the path, the brain keeps insisting... “No, but this road is easier, it's faster, it's quieter. Why do you want to go through such a complicated road, full of potholes, full of obstacles? It will be a lot of work”. And then you can understand that staying on the other road is better, it's more peaceful; this is where many give up. But I tell you that every newly opened road, full of obstacles and potholes; As you go through them all, this road becomes as pleasant as the other. And your brain even admits, that road just got better.

So everything you change, every habit, every custom, every thought, every action is a new neural path, it's a new road. And always at the beginning, the brain will say: "No, I don't want to have to work again to create a new road". But you must insist; you can't just listen to what the brain says and give up. You have to insist on this new road, this new habit, which will lead you to much better conditions than you had before on the other road. This is ascension. I didn't go through it incarnate, I went through it already in spirit; but even in spirit, it wasn't easy, because I wasn't taken to a beautiful and wonderful place, where all the vibrations were so high. I had to go through many roads, very difficult even in the Fourth Dimension; and it wasn't a quick process. Nothing was easy.

You are going through a process never seen before in the Universe, which is to ascend with your own minds still incarnate. So I tell you that the process is even more difficult. Nobody said it's easy. Nobody said it's a simple process to achieve. Despite everything I'd been through in the Fourth Dimension, I no longer had the physical body to worry about. But you still have and will have until ascension. So I would say it's more of a concern; keep you healthy, keep you balanced, keep you clean of all that rubbish that's been created in your world; and which in my time did not yet exist.

So realize that humanity today is going through a very intense process of catharsis. And why is it so intense? Because you are reaping what you sowed. I'm not here for trials, nor to put them before a jury. But that's why this process has been so difficult. It's as if you have to answer for thousands of crimes, and the way that Father/Mother God found for you to be absolved of these crimes is exactly that you go through all of that, consciously. So those who are able to forgive themselves, who are able to ask for forgiveness, who are able to emanate only love, will achieve the absolution of these crimes and their souls will be ready for this greater leap.

The process is not easy, getting rid of it all is complex. But Father/Mother God would never give you such an ordeal if you were not able to go through it. So you're just paying the price, for everything that you've allowed to be done to yourself and the planet. It's no use putting yourself as a victim because free will is there. The word “no” is meant to be said, but you agreed on a lot. So now there's nothing else to do. The time now is for evolution, the time is for cleansing your souls.

Seek me with love, with your heart. And you will find the strength, courage, and determination to open new roads and reach the Fifth Dimension.

We have 1449 guests and no members online