Humanity Is Just Beginning Its Awakening
A+ A A-

Humanity Is Just Beginning Its Awakening 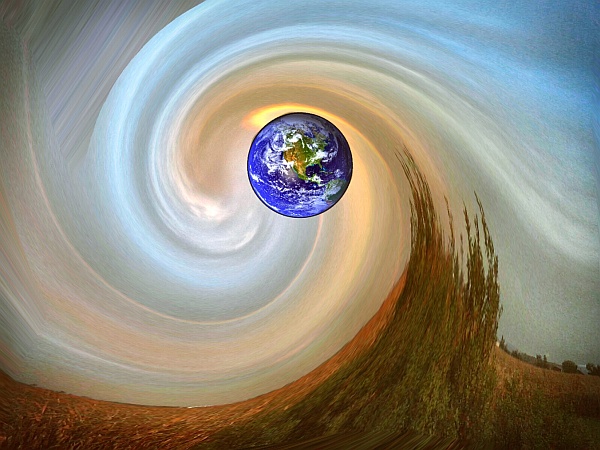 When we talk about this light that has been flooding the planet, and how it has been exposing the parts of humanity that need to be seen, the hidden parts, it’s not just a metaphor.

There is really nothing that can remain in shadow anymore.  Personally or globally.  We notice that things out there are heating up in ways we have not seen before.  What’s happening now in politics and across societies is unprecedented.

As we look at history we see that social progress is always met with resistance by those who fear change the most.  And progress is undeniable in areas like civil and human rights.

But this isn’t just your typical, run-of-the-mill backlash.  Something more is at play.  We are seeing extremes from those who believe they have the most to lose.  It’s no coincidence that the United States of America, which has been held up as an example of freedom and democracy to the rest of the world, is seen by most countries now as an embarrassment.

And it’s because it’s had some dark stuff going on under the surface for some time, and in spite of its progress, it’s been mining that darkness for personal power and personal gain.

Globally, the patriarchy is being stretched to its limit.  It’s trying harder than ever to oppress the feminine.  And for the most part, it’s not even trying to dress it up.  The strategies used are beginning to look like throwbacks to the 1800s.  To before women were seen as full human beings.  The current attempts to control women’s bodies are not even being hidden behind a sanctity of all life stance anymore.

Anti-abortion groups and politicians are still using those words, but the draconian policies they are legislating betray their true motives.

There is simply too much awareness now to buy into the rhetoric.  Misogyny is not able to be veiled behind religion or concern for the unborn.  People’s true agenda is being exposed.  And in a way we have people like Trump to thank.  He hasn’t been hiding his own disdain for the feminine or brown or black people.

And that’s why the extremists are getting louder, and why the anti-women ideology has found its way into extreme legislation.  There is no time to waste.  With Trump in power and a conservatively packed Supreme Court, the anti-woman iron is hot.

As well the racist and bigoted extremists who have been given the green light by the current resident in the White House to use violence against other religions and ideologies.

Doubling down on disowning and oppressing the feminine is no surprise as women and others who embody the feminine proudly shine their light.  Paternalism tries to convince us of its concern for the fetus, but not the woman, or the children born who need health care, or the environment.

Artificial crises are manufactured at the border, in women’s uteruses, in Iran, in trade wars, and yet, the real dangers go unaddressed.  And those are right here, in our own back yard.

But it’s all good, because this is what light does.  It disrupts old, suck systems, and begins to dismantle them.  Even the people who are not ready to go within and see what’s really going on, who continue to project onto others, onto other religions, or the feminine…..will be met with things backfiring on them.  In ways they were not anticipating.

And, they created that very experience in order to move past the stuck energies in their own lives.

And the stuck energies of humanity, actually.  Because humanity is really stuck.  And changing that calls for more extreme measures, because limping along isn’t cutting it.  Progress or you can call it awareness or consciousness has been crawling at a snails pace.

Everyone on the planet at this time has given permission for their own awakening.  But humanity is at the very beginning stage.  What is happening in their lives is an opportunity to open up more and more to their own soul.  To a new way of being.  But they for the most part will be going through several experiences and more lifetimes before they begin to understand spirit.

The extremes happening in the world is humanity’s version of awakening.

Our version is the extremes that appeared in our lives, on a personal and physical level.  We have already done the work that humanity is beginning to do. Many of us are advanced souls who went through a very human experience this lifetime to reacquaint ourselves with what the rest of mankind is going through, and thus to be better teachers of the new consciousness.

We, as the human and soul, are releasing our galactic stories, our ancestry, our lineage, and our attachment to humanity…..all in service to that very same humanity.

Feeling disconnected from the 3D world is a signal to us that we are here ahead of our time.  But it’s good to remind ourselves that the world we witness outside our door is not so much falling apart as it is just going through its own awakening.