Telepathy Replaces Spoken Word Communication
A+ A A- 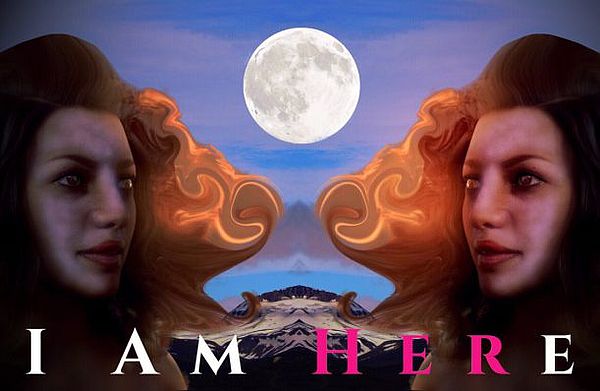 Indulge me, if you will, in some speculation about things of a 3D nature.  You all know that Trump is fulfilling his soul contract to come in and be the tsunami needed to churn up all the old, stuck patriarchal energies in this country, and even in the world.

And we know that consciousness changes come on the heels of conflict and disruption.

I just read an article by attorney and author, Jill Filipovic, which echoed my own thoughts on what it will take to push Trump (and what he represents) out of office.  While everyone is focusing on possible Russian collusion, mismanagement of campaign funds, his charity frauds, and money laundering, it always puzzled me why the more significant, direct and obvious isn’t a focused priority.  His alleged sexual abuse, sexual misconduct and sexual assault.

It is telling that it should have been the first thing that was investigated, and it was instead relegated to the bottom of the list.  Or completely ignored.  And, by a portion of his base, secretly and not so secretly admired.  Men in lesser positions have been brought down, and brought to justice for such crimes.  In the #MeToo moment it’s incredulous that this has not been given priority, considering he is the leader of a Nation that prides itself on justice for all.

But we know why.  We know that misogyny has been normalized in our culture, and our society.  As we know, the most dangerous attitudes and behaviors are the ones that are so deeply embedded in our society and culture, that we no longer recognize them.

It’s been over 25 years since Anita Hill courageously spoke up against Clarence Thomas to an all-white and all-male congressional committee.  She helped pave the way for women, at the risk of emotional and even physical harm, to speak up, and speak their truth.

The subsequent stories that were brought to light concerning these men in power, their own history of sexual assault and sexual misbehavior, validated the suspicions about these officials.

But, why does it take a village?  Why must dozens of women come forth and tell their stories, before just one is believed?

And, just as it should have been the deal breaker for electing Donald Trump, so too the deal breaker for Kavanaugh, Trump’s appointee for one of the most consequential roles in the Supreme Court, considering  his opinion and his decisions about women, birth control, and abortion.

“These are not political issues.  These are human rights issues.”

And, that is because these are not political issues.  These are human rights issues.  A woman’s right to the sovereign domain of her own body is still in battle and debate in 2018.  How much more important an issue could there be?

Shouldn’t a person’s attitude toward women and the feminine tell us everything we need to know about them?

If this continues to go unresolved, the fate of this world does not look good at all.  If the feminine is ignored and disowned, humanity will surely destroy itself.  Not by nuclear war, but by a gradual disintegration until there is nothing left but a virtual video game, a shooting gallery of people blowing their own brains out, metaphorically, and possibly physically.  There will be no creativity, no imagination, no sensuality.

But, because we are here, there is a ray of hope for the future of the human species.  Those of us on the forefront of the ascension process, both as women and men, carry the balance within us, of the feminine and masculine.

We are living, breathing templates of the divine human, who has dealt with the dark and the light, and understands that the dark is part of the light.  We have compassion because we have lived many lives, and we have been both men and women, and we have experienced being the perpetrator and the persecuted.

We instinctively understand what humans are going through.  But, we have, at least many of us at this stage, the advantage of being emotionally detached enough not to pity them.  We know that they too must go through their journey, just as we did.

We are in the process of accepting ourselves, just as we are, and we are not willing to compromise who we are for anyone, or anything.  We recognize that being whole is only possible when we accept all of our aspects, and we embrace our feminine.

Meanwhile, sweet irony would be best served to our political officials as they are brought to justice by the gender they have been quick to marginalize, disparage, demonize and dismiss.

We have 1907 guests and no members online

We have 1908 guests and no members online