The energetics of dis-ease

Love in the Age of Drama 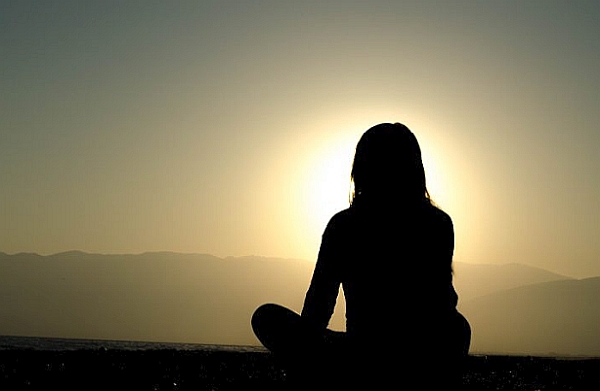 This beautiful quote from the Persian poet Hafiz is surely a sweet reminder in this time where drama can pull anyone who is not mindful into its vortex.

In a world were bad behavior is being rewarded and emoticons is used with intent, and very often, deceptively, we are constantly being played to swing either this way or that way.

Asskissing and assholery flood the web and it is truly hard to get to know anyone who you never meet in person but you relate to mostly online. Behind our computer screens a lot of us take on a more fierce character, words become empty as action would never match the talk. How close into “friendship” do we not venture flooding the web with hearts, but if we ever met in reality, how would those hearts look then? A bit more timid? Would they show up at all if you saw the discrepancy between the online and in-life persona? And what about madness and anger? If we met up, face to face, would we be so inhumane? Maybe the bully suddenly became a human? Most of us would be way more humble when looking into the eyes of another human. Same with actual war. Would we do it if we met the people who fell victim for it?

Love isn’t a heart on the web. The whole picture still counts.

And when we meet each other online, we don’t get the whole picture. We get the chosen persona. The whole masquerade is very classic for humans. How much fake isn’t there in the world? We are born to lie and we are all destined to do it. It is business as usual and machineries of politics are driven by it.

It takes real courage to be authentic. And the funny part is, a lot of people seem to enjoy this fake love, fake premises. In a world where speculative captions are accepted, it isn’t hard to imagine the same goes for fake personalities online. I can’t help to wonder what on earth are we expecting when we do not hold people responsible for their behavior? Why do we continue to enable bullies who constantly attempt to shift the narrative to their own advantage?

It is evident that fear is still the guiding principle on earth.

Those who are about to really start smelling the coffee are on the verge of losing their hopes for humanity. In a world of hypocrisy and deceit, the romantic soul grieves. It is one of the hardest stages of spiritual growth, the phase where you see things for what they are.

Gone is the dance between hope and despair. Gone is the chance of ever dreaming again. You only get reality, and well, reality is what it is.  And right now the world is on the edge of the chair, tiptoeing on eggshells.

Accepting reality is the only way possible to be free from manipulation. Otherwise the world will toss and turn you every chance it gets, and the illusion of everything will bite your butt.

There is no way anyone can heal anything by going into the same energy that created the “illness”. But this is what we attempt. The only option is to go higher, but we seem to insist to bring the old energy of war with us.

And how would the coming months open up a new avenue for some of you seekers?

With Mars still lingering in Aries for another 5 and a half month, and during that time will cross Eris, the bloodthirsty, and square Saturn/Pluto in Capricorn, the powers to be, in August, October and December, we will continue to witness all kinds of polarized behavior. It has now crossed into it’s shadow zone, which is the stationary direct point (15 degrees), to which it will return in November after having gone retrograde through Aries from the 10th of September at 28 degrees. Recklessness, impulsiveness, self-righteous action and polarization are keywords of Mars in Aries. If anything, polarization would be the buzzword for 2020.

It is only through seeing these extremes that we become clear in our perception. Otherwise is so easy to cave in to the benefit of doubt, smitten by the convincing rhetorics often playing on a personal sense of injustice or hidden guilt. Good propaganda speculates on sub-conscious elements. That is the definition of propaganda. Or marketing if you like.

Remember that the internet is the Great Collective Brain. This is how I imagine it. Mercury, the trickster, is part of this. Small words used with intent can cause you to vote for something that you never thought you would. And from this we can all learn. We can learn the art of discrimination. Fallacies, manipulation and lies will then suddenly cause your alarm to go off.

Eventually, on any journey, the mastery is to be able to control and monitor your own brain activity and your emotional reactions without being too dependent on external help. You become the regulator. It is not easy, but it is available.

On the other side of co-dependency there is freedom. And herein lies the true hope. So as we all venture down the path where the anger and abuse of earth are right in our faces, listen to Hafiz. Surround yourself with that which makes you want to get out of bed.

Let love be your guiding principle. Chose wisely were you let your attention go. And pick the battles that really matter. Fight them with decency and style. Go higher and be untouchable.

Astrologer since 1999, educated with Maurice Fernandez and took classes with astrologers as Noel Tyl and Alan Oken. Works full time as an astrologer in Bergen, Norway, enjoying a worldwide clientele. Has given several lectures internationally, at Israel Astrology Conference, River of Stars, Norway and online for EA community. Hosts the annual Norwegian astrology conference, Polaris and writes astrological columns for Norway’s biggest weekly magazine. Also an avid yoga practitioner and works with healing modalities and meditation as tools for development. A registered healer and SoulFlow guide.