Sensitivities And The Light Body
A+ A A-

The Light Does Not Judge 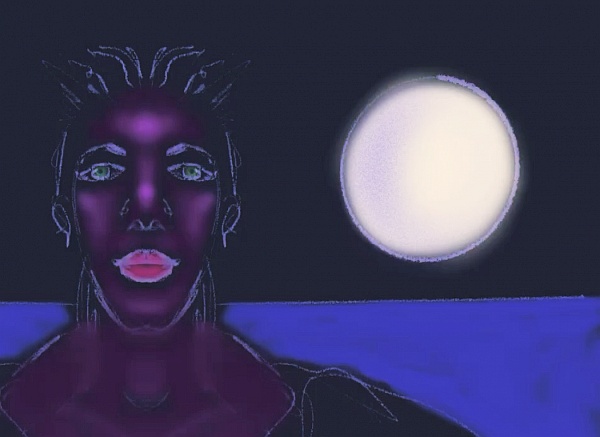 As We Embody Spirit More And More, We Recognize Something We May Not Have Before.  That Spirit, Our Own Light, Does Not Judge Us.  We As The Human Do A Great Job Of That Ourselves.

But what we didn’t recognize is that as we judged ourself, and all of the emotions that surface because of the increasing presence of light, of spirit, of our soul consciousness, we are judging the very light itself.

Because the darkness, the shadow, the lower frequential energies of anger, sadness, grief, guilt, and the like are from the light.  They are a part of it.

So the light of us is not into condemning us because we have those emotions.  It understands them, and why they exist.  It also knows that they are not the essence of who we are.  That they are a byproduct of a human who has temporarily forgotten who they are.

Our soul understands that those emotions are neither good nor bad.  There is no value judgement.  No moral judgement.

The human gets themselves all turned around feeling bad about having certain emotions and then even taking action on them.  It becomes a never ending cycle of self-condemnation, and then feeling like a victim.

They become patterns that repeat over and over in a person’s life.

But there is a degree of fun to be had with those emotions, and all of the drama around them.  No matter how aware we become, there is still that part of us that enjoys a little drama.  Maybe not so much our own anymore, but there’s plenty of drama to be had out there in that 3D world, isn’t there?

Every so often we indulge in it, mostly vicariously for a feeling of being alive, especially if there is boredom, which there is in this transformation.  At least for awhile, until we are more and more integrated with our SELF.

The human tends to feel a little unsettled without some drama, even if it’s peripheral.

Which, by the way, is ok.  The SELF doesn’t judge it either.

In this new space we find ourselves in, we notice that duality doesn’t really come into play.  Meaning polar opposites are not needed to know thyself, or to create our reality.  In duality, everything becomes a mirror.  If the human isn’t allowing all of their emotions to be, or is suppressing s big part of themselves, they will be faced with one mirror after another of that part of them from the outside.

But as we allow all of ourself to just be, all of it, whatever may be coming up, we notice that they seems to transform much more easily into peace and joy.

We no longer need outside mirrors to learn who we are.  We move from duality to sovereignty.

I have said this before and I’ll probably say this till my last breath, this transformation isn’t about trying to improve on the human condition, the human personality.  The veteran souls here know that truth all too well.

Most of us, thankfully have moved past the goody-two-shoes stage of our awakening. You know, trying to make the world a better place, prayers for world peace.  Sacrificing our own joy for the good of the collective.

We stopped all of that because we recognized the judgement in it, didn’t we? Who gets to decide what’s good for the rest of the world?  There’s no compassion in pushing our agenda on anyone else.  Including peace.

There are plenty of others doing that now, and really, our I Am doesn’t judge any of that either.  It’s all just an expression of spirit. It’s all a part of the awakening process.  And I wouldn’t want to live in a world in which people didn’t reach out to others in need.

But that’s not the point.  The point is, our I AM is not interested in any of that.  It’s not judging the world as a place that is bad because that world hasn’t yet found global peace.  It understands that humanity is just going through its own awakening process.

But for the human, that place is not yet comfortable.  It’s not used to operating from a place that doesn’t judge things, either about self or other.

And our soul isn’t asking the human to give up their judgements, Well, maybe it is to a degree.  But the judgements are replaced with something much more fulfilling.

And of course all judgement comes from a sense of not feeling good enough, of needing to make someone wrong in order to feel right.  And in that sense it’s a feeding energy.

But there is no hierarchy in the I AM.   There’s no ladder of ascension from lowly human to Ascended Master or Realized Master.  Hitler and any ascended master who has ever lived on earth are equal.  They are souls having a very human experience.

I was going to compare Hitler to Mother Theresa, but she was a martyr.  And every martyr needs to believe in oppressors, or lack.  Not a great role model for self-love.

The Jewish people believed in guilt and where there is guilt there is punishment, is there not?  They attracted the holocaust to confirm that Karmic man-made belief in guilt.

But even that belief is from the light.  It all comes from the light.  Once the light gives birth to a creation, that creation has free will. The I AM of every one of those Jews allowed their human counterpart to go and express in human form, even to the point of needing to be in such an impossible situation.

And from that experience, there was so much wisdom gleaned by the soul.  The most important being, suffering gets you nowhere. Of course, Yeshua learned that one.  But sadly, religion ran with that suffering aspect of his life, pretty much abandoned his real teachings, and has been using it ad nauseam ever since.

And of course this applies to other groups of people.  And to gender wars.

When we move out of the dualistic system, we are in a way in brand new territory, at least for the human.  There is no more victim consciousness.  It doesn’t mean this world is not still a patriarchial system.  That there are innumerable injustices every day.  But the human who wants to be their real self, their I AM in this lifetime grew weary of that whole consciousness.

The human felt kind of bored with it, actually.  It didn’t seem to change anything in their life. Not the battles, the causes, the endless discussions of who is right and who is wrong.  It was fun for awhile but it just ran out of juice.

The passion to know thyself, to lift the veils to see beyond duality.  That was the clarion call.  That’s when the process of awakening began for many of us.  We wanted to go beyond this colorless reality.  We knew there was much more.

But our soul has patience because the human still want to a degree to hone into that reality.  It’s all the human has knows for such a long, long time.  It can’t quite yet hang its hat on the soul alone.

But it also knows that it will need to.  It is feeling into the SELF. And it likes what it is feeling.  All of the drama in the world, no matter how intoxicating, will not come close to, in fact will pale in comparison to that feeling of being in the I AM.