The Self-Help Mentality and the New Consciousness
A+ A A-

The Real Story Of Adam And Eve 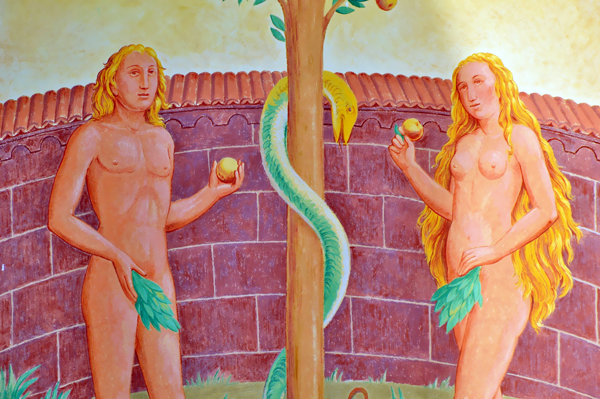 The so-called battle of the sexes that we see here on Earth goes to the heart of the galactic story.  It’s a story that sheds light on a subject that has been misunderstood for a very long time.  It’s not a long story, but one worth reading.

Because Spirit wanted to know itself, it separated into many facets.  Two of those were the masculine and the feminine.

The feminine, Eve, asked the masculine, Adam, to go out and explore the world and bring back what he found.  He did so in love for Eve.

Adam set out to explore and experience many things and to return to share them with Eve, who was awaiting him with a warm and welcoming home.

But over time, Adam got a bit lost out there and began to miss the love and warmth of Eve and his home with her.  He was gone for so long that he began missing her and began to think Eve abandoned him.  He thought he had done something to make her turn her back on him.

What had he done?  Was he not worthy of her love?  He began questioning himself but didn’t understand that she was home eagerly anticipating his return.  It was understandable he would stop feeling her presence, for out in the world it was easy to get lost.  There were so many distractions.  He was so focused on his journey.  So much to explore and learn.

So his fear of being abandoned by her turned into anger toward her, and he began taking that anger out on her.

She in turn felt tremendous guilt, and began to over-nurture to appease him.  She hadn’t realized that his journey from home would create so much anger in him.  So she took on the guilt and the shame.  Over time she blamed herself and worked endlessly to assuage his anger lest she be the target of it.

This is the galactic story that has been playing out in relationships for a long time here on Earth.

The masculine’s sense of abandonment by the feminine is of course unfounded, for she was always there.  He in turn and in his own way felt unworthy.  Which of course he is not.  Yet he has been blaming himself for what he perceived as being abandoned by love, and has been overcompensating for it ever since.

His anger and aggression, and his lack of trust toward the feminine is no coincidence.

The feminine’s sense of shame and guilt are also unfounded, for she has done nothing to warrant the anger from the masculine.  The disconnection from one another created a great misunderstanding.

So both the masculine and feminine archetypes carry deep wounds.  The wound of Adam, and the wound of Eve.

And this is what the ascension is all about.  Integrating the masculine and feminine within ourselves. Healing the wounds.  The feminine walking the Earth sans the suffering and pain.  Mothering the world and self-sacrifice over time has been seen as a virtue of womankind…..Not any more.  Not if she wants her freedom.

The feminine will need to own her masculine.  To trust her masculine to set boundaries so she does not allow energy feeding from others.  It also allows her to be the sensual being she has always been, but without fear. And without shame.

Her freedom relies on her being fully and unapologetically sensual.  And expressing her sensuality without shame or guilt.  And sensuality isn’t about sexuality.  It’s about allowing herself to enjoy the sensual nature of her body, and of physical reality.  And it’s finding wonderful ways of expressing that sensuality.  Her sensuality  is the gateway to her freedom and joy.

The masculine will need to face his own sense of abandonment.

His freedom relies on him embracing his own feminine, and allowing her to nurture him.  To trust that she is there for him.  To understand that she is the part of him that gives birth to his own creativity, and to expressing his own sensuality.

Because in his heart he yearns for the freedom to be sensual.  To feel the full range of his emotions without judgement.

The masculine heart has been shut down because of conditioning, and it’s why so many men have had heart issues.  They have channeled so much of their emotional body from the heart into their sexual center.

They can’t continue disowning their own feminine without it affecting their life and their health and well-being.  Their courage to feel and express those feelings is the gateway to their freedom and joy.

Any lack of self-worth, shame or guilt has no place in the house of Freedom.

By the way, Adam and Eve are now in harmony with one another.  They are no longer wounded. The archetypes of the masculine and the feminine have moved on to others things.

Now, let us all do the same.