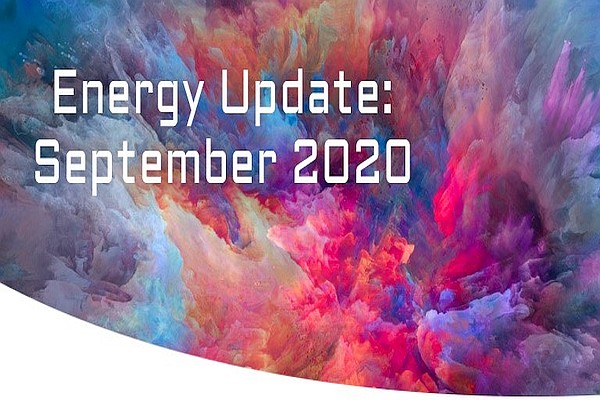 While appearing as transition between summer and fall, like each month in the calendar, September plays an important role in the evolution of our individual and collective reality. As a gateway of shifting seasons, September surely is bringing the winds of change into our awareness to assist in the falling away of that which no longer serves the greater good of our evolution. Because September is the ninth month, with the number nine representing phases of completion, now is the perfect time to take inventory of your life and decide which things no longer serve the newest version of your awakening from within. Since Earth’s ascension is well-underway and not waiting for social or personal resolution in order to expand into 5D consciousness, now is the time to start planting seeds for how your life in an ascended reality can look and feel.

Similar to the theme of spring cleaning, this is an invitation mindfully offered by the Universe to help you emotionally and energetically prepare for this upcoming fall and winter season.

As 2020 has been revealed to be quite a surreal journey, its purpose is to remove any and all blinders to help you and humanity as a whole see things clearly.

As the clarity of 20-20 vision awakens in all beings, at whatever rate of expansion serves the purpose of each individual journey, it has unearthed nests and layers of repressed energy that could only have been faced, felt, processed, and transmuted, given the sudden, abrupt, and surreal “new normal" of uncertainty that humanity has entered.

While many will see this “new normal” as a new society of challenges and social distancing, the new norm of human expression will be a renaissance of inner creative freedom and radiant spiritual expression. Suffice it to say, on a collective level, that new norm is still being birthed with the majority of human beings still waking up from lifetimes of hibernation.

As the majority of 2020 has been a collective dark night of the soul experience, we continue to hold space for the dissolving of aggression, discord, and opposition that ultimately loses steam as it plays out. In dark night of the soul, the lingering aspects of shadow attempt to slow its reunion into the light by perceiving awakening consciousness as a threat, an attack, or simply that which threatens to destroy a reality that ultimately only brings suffering to the shadow that isn’t consciously aware of how deeply it suffers.

As awakening blossoms, what may have felt like a threat to your reality or some sort of hostile takeover is seen as a cosmic rescue mission for the innocence hiding within you.

While many light workers, such as yourself, have gone through this phase of existential intensity, you have done so as a way of becoming familiar with the patterning that many people worldwide have entered during this year. Ultimately, consciousness holds sacred space for the projections, judgments, competition and assaulting behavior of the shadow, showing the shadow over a period of time how any degree of constant fight or opposition only drains itself of life force energy. As the shadow is weakened by fighting with the inevitability of its own evolution, its dwindling lack of power weakens all levels of defense, allowing vulnerability to seep into each crack to bring light to every darkened corner.

Although the shadow may attempt to distract the light by justifying its behavior with tangible real world issues, the light knows this pattern well, lovingly holding space for the energy drain of the shadow’s fight to rehabilitate itself into conscious awareness.

As this shift occurs, we are able to notice imbalances and injustices in life, while resolving them with very enlightened measures that bring more peace, compassion, and equality to our awakening unified planet.

Every single social issue being raised into awareness is of the highest importance of the Universe to resolve, but each requires the evolution of a species to leap forward in mentality, perception, and action, in order to anchor the consciousness that brings to life the type of majestic planet we each incarnated to evolve and co-create.

And yet, because the Earth spins on an axis, always gradually moving upward in vibration and consciousness with every trip around the sun, the very nature of our planet demonstrates how no single or collective action of human unconsciousness has the power to stop the Earth from expanding upward in evolution. And because the planet has ascended into the trajectory of 5D alignment, the human beings living on this planet are undergoing a radical shift of consciousness causing repressed emotion and stored cellular trauma to come up to be healed and transmuted back into light.

While August was a mixed bag of emotional triggers and spontaneous expressions of 5D synchronicity and amplified flow for many, September places the power of your evolution in your hands by inviting you to align with what is supporting areas of completion in your life that are timed for transformation and co-creation.

The more simplified and aligned we become in September, the smoother fall and winter will be for the light workers holding sacred space for the shadow exhausting itself with fighting as a means of attempting to end each struggle.

As I continue to track the timelines humanity as a whole weaves in and out of, the continuing earthly challenges remain rather likely, while ushering in an intense crescendo of transformation over the next two seasons for those who have not taken the time to emotionally and energetically prepare as September invites us to do. While the fall and winter seasons could be a time to face the depths of loneliness, separation, and despair to illuminate the deepest hiding spots of any lingering shadow, they can also be a time of profound serenity, inner wholeness, simplicity, and alignment with Source, as we gently navigate the emptying out and releasing of outdated patterning, and gratefully align with what's Real and True.

With this month representing the theme of completion, the wisdom of September asks you to consider:

It is important to remember that any difficult conversation you need to have with someone has nothing to do with their perception of you or their response to your sharing. It is simply a meeting between two souls, where your sharing and their response reminds the Universe which timeline you are choosing as the road of reality forks in the extremes of expansion and stagnation. It is also important to remember, despite any failed attempt to say goodbye to self-defeating or self-destructive addictive habits from the past, the Universe manifested as the wisdom of September lovingly asks you to forgive the past and simply start again.

With a beginner's mind and greater self-love as our most faithful companions, we will accept the invitation of September and allow this month to be one of handling unfinished business with swift, decisive, and fiercely-loving precision.

Because Earth is always spinning upward upon its axis of vibrational expansion, we are no longer at a point in time where we are worried about the things we may lose, but only passionately driven to create more open space for all that is being gained as we each enter into 5D consciousness along our own unique rhythm of expansion.

As always, we don’t have to clear everything all at once. That simply creates the very overwhelm that helps the shadow justify why the safest place to be is remaining shut down. Of course, as awakening continues to blossom, we come to realize what the shadow perceives as safety is actually imprisonment for your radiantly shining spirit, where only the truth of your most honest words, most vulnerable sharing, and most courageous inspired actions may set you free. As we use this magnificent month as preparation for all that is meant to fall and flake away in the coming seasons, we embrace an excitement of readiness to enter the 5th dimension, whether deepening your 5D experience to a greater degree or merely dipping a foot into a new pool of unity consciousness. As always, on behalf of the Universe, I honor all the decisions your gut and guides urge you to choose, at whatever rate of speed is most supportive to your heart.

There is no doorway of opportunity leaving you behind and there’s no way for you to ever get this 'wrong'.

And yet, with a brand new month of completion dawning, the time is now to make the essential choices that help you step into the next level of your highest self and surround yourself with those who cherish and champion your evolution. Even if finding yourself with no external support of community or meaningful friendships, September invites us to bid farewell to all the ways in which we use our current circumstances to verify lack, shame, or unworthiness and to take the incredible steps that allow us to be the very friends, partners and community we are calling forward into our lives.

As a part of the Love Revolution, whether connected in-person, online, or through the oneness of vibrational reality, we stand tall in the wake of humanity’s expansion, nourished by the light we shine for all and validated by the love that renders us whole and complete, whether received by others or rejected, at every turn.