Experiencing the Totality of Your Own Reality

Energy Update: This Is The Ascension 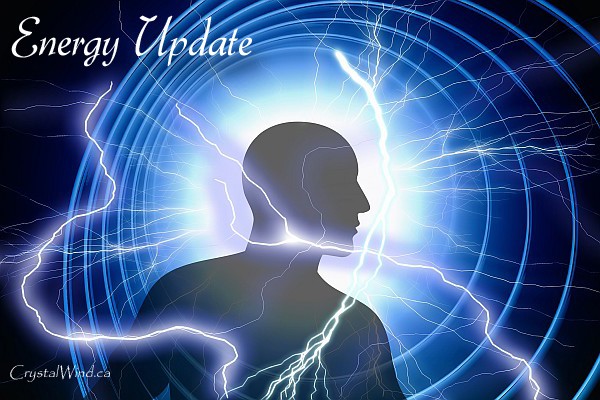 I welcome you today for this energy update, not with more signs of how the Universe is preparing you to Ascend, but to confirm that the Ascension process is in full swing and well underway.

During the 12:12 Stargate which was more pronouncedly open between 12/12/19 through 12/21/19, I began feeling the quickening of Ascension in progress, unlike any other glimpse or preview I had sensed before.

During this actual Ascension, it has a very surreal quality, as if you are walking between worlds. Perhaps it feels like you are already in the afterlife, while story lines of life seem to play out around you. Maybe you are noticing a visceral disinterest with many of the addictive coping mechanisms that were often employed in 3D to numb the pain that you are learning to face, embrace, welcome, and love. Perhaps a mass exodus of friends, family, and partnerships has given way to this multi-dimensional vision quest where, in the absence of relying on others for distraction or the need for constant reassurance or validation, you have been placed in an 'in-between' holding pattern where you get to face the sensations, memories, and feelings that cause you to numb your pain or hide your power in the hands of another person’s will.

This holding pattern, which acts as part of the initial big leap in the Ascension already unfolding, gives you an opportunity to transform your relationship with stillness-- instead of feeling stuck, disempowered, or afraid of missing out when life stalls to a standstill.

Here you are able to see how cleverly life is helping you transform familial patterns of enmeshment into new realities of empowerment, simply by changing your experience of stillness from the withdrawal of loneliness to the true autonomy and serenity of being one with all.

If this holding pattern energy feels more overwhelming than empowering, do not worry. It signifies a great cellular purge, where much like the pulling of a heavy anchor that allows a ship to set sail along its new and exciting voyage, your cellular body is emptying our reservoirs of outdated memories, limiting beliefs, and energies taken on from others all the way back to time spent in utero. The amount of energetic chord-cutting that has been occurring since the 12:12 Stargate opening truly illustrates how hard the Universe is working on your behalf to lighten the load as you begin quantum leaping from one level of reality to the next.

Signs that you have completed the chord-cutting process and emptied out the cellular debris of the great purge and are already making your way from 3D timelines into a new 5D reality include the following symptoms:

As you come to see how many of these symptoms match your experience, it confirms the Ascension already taking place. It is important to note that life on Earth only appears to be the unfolding of Armageddon because the ego structure of the collective is so unaware of the process of spiritual evolution, it can’t help but fixate on all that is threatened to be lost, instead of seeing more open space being created for new spiritually-grounded realities to emerge. Simply put, the difference between Armageddon timelines and Ascension timelines is your level of awareness. And yet, both Ascension and Armageddon timelines are playing out within the same hypersphere of reality that we collectively call Planet Earth.

This also helps you realize those on Armageddon timelines are experiencing the process of Ascension, but from a perspective of fear, lack, and scarcity, instead of an awareness of what is meant to dissolve so a truth greater than personal gains and losses can be received and anchored into form.

There will not be a time where you must part with loved ones on Armageddon timelines in order for you to Ascend. That is a widely-believed spiritual myth. Instead, there will be those in your life experiencing the same shifts you are, but from a space of fear, codependency, enmeshment, addiction, and self-absorption, who can only be supported by the light you shine when you're leading by example, instead of trying to constantly change people to your liking.

Please remember, it only looks 'crazy' to the unconscious patterning that doesn’t know how to surrender, but is being surrendered by a Universe that can only accept the destiny of Earth’s conscious evolution. To assist you further in this initial leap of Ascension, it is a perfect time in your life’s journey to:

While I will be detailing more about the Ascension as it continues to unfold, today’s energy update is not a call to ascend, but to begin re-prioritizing your reality with greater energetic balance and emotional support in honor of the Ascension well under way.

Whether joining the Love Revolution for Total Integration, Project Resolution, attending a live event in-person, or watching via livestream, now is the time to unite as One and shine our light during the most monumental shift in consciousness this world is birthing.

From my heart to yours, we are in this together. No one can or will be left behind. But your participation is essential in order for the most miraculous versions of this Ascension to shift from ideas of Armageddon to a tangibly-lived reality of Heaven on Earth. I want this for you so deeply and with an outstretched hand, I invite you along a glorious path of love, truth, joy, revelation, and expansion.

As the Universe always says to me, “further instructions will follow.”

All for light. All for Life. All for love,