Ancient Ceremonies ~ Initiations THROUGH the Entranceways
A+ A A- 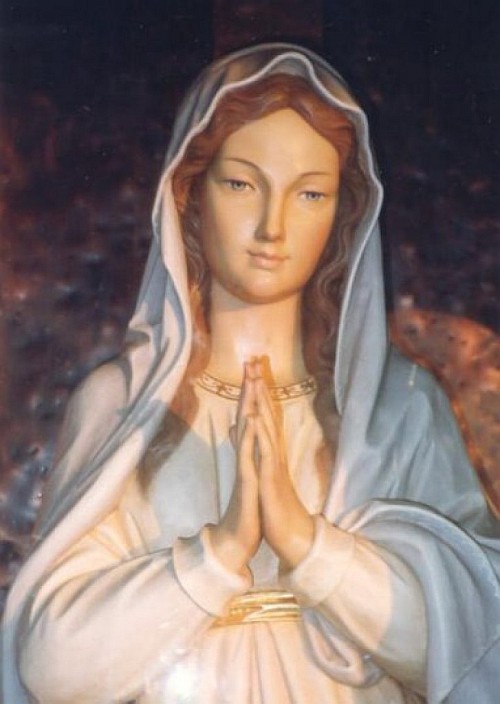 NOTRE DAME- ‘OUR LADY”-The Sacred Mother, no longer will stand with the ROMAN CATHOLIC CHURCH and its use of dark, satanic, luciferian,demonic and black and evil magic to control the masses as

Mother and Father are One in Hieros-gamos, It Is Done.

The Fall Of The Dark Empires- And the ROOT of 4D Spiritual Warfare, The Final Battle is also being revealed and it is also done.

An eternity of spiritual 4D warfare reveals itself fully in the Light.

The Truth is that the Catholic Church is not a one god church, (monotheism)-and can no longer call itself CHRISTian…it’s not only a Christian Church, it is many religious churches and beliefs with pagan usage. We have been tricked…brilliant.

(The Book) Revelations now begin- everything is Divinely Perfect, we The Christ Consciousness are fully protected as we watch the Final Divine Unfolding and the end of ALL multidimensional war anchored by human evil here in the soul of the dying 3D earth.

The End Of Churchiology- no one can be controlled by the Dark- the Great RELIGIOUS Awakening is Here, The Fall Of The Roman Empire Begins with Fire- The Hand Of God.

The Roman Empire controls the other Empires(English, French, Spanish, Portuguese, Dutch and the Orient), through fear, magic, and control and full understanding of 4D spiritual warfare.

I was blessed to be called to global Service on 11/11/11_ clearing grids for the last eight years to bring down the Satanic, Demonic and Luciferian Factions within the Roman Empire’s catholic Church- which practices CHRISTIANITY as ONE of its religions.

It was not till being called to FINAL service to The Vatican in 2017 for 3 months, that I saw families of demons…in the Vatican- For that’s where they live, with their black papa.

As a child growing up in Argentina in the 60’s- I was beaten and tortured for not BOWING DOWN TO THEIR father god- I would not pray to a god that would beat me, and they HATED ME and beat the ‘devil’ out of me because I had “sight”.

The Pope worked with the “Junta” at the time…they are the ones that cut off the hands to make “desaparecidos”, I saw my first hand floating down El Rio Plata when I was 3.(1967)

As a child growing up in the Latin American Roman Catholic Church-I was tortured.

Beaten by paddles with holes invented as a torture instrument during The Inquisition, I was bruised and bleeding and living in terror.

I was 5 when it started.

I had forgotten…but I awakened…and remembered.

The nuns beat my hands until they bled, almost broke my fingers because I was LEFT HANDED- the sign of the devil…the men( priest and layman alike)beat me and they told me I was a child of The Devil (because of my prophetic visions and because I helped soul members cross over since the age of 3.)

I KNEW I was not so I stood up…like so many. I never bowed down to them, not then, not now.

I was born knowing My Eternal Father And Divine Mother- even though I was taken from my Blood family so I would not be murdered and protected by The Knight Templars as a baby.

My Family payed the ultimate price…death of my loved ones surrounds me still.

The ROMAN CATHOLIC CHURCH WORSHIPS many gods- AND was responsible for killing JC two thousand years ago…and yet they FRONT CHRISTIANITY.

Figured out how to change HIStory and use it against the Pure and Innocent Souls, getting them to worship the ones that killed HIM.

Thats how Empires flourish, they adapt.

They take The Best from the dead and claim it as its own.

It placed HIS birth at the high Satanic holiday of dec25 to symphon life from the BABE.

It crucifies HIM in spring to amplify HIS torture and syphon the Life Force from his Soul.

He died and dies over and over again so others wouldn’t have to…BUT now it is done.

His Death has been a loop timeline- constant soul cage torture.

By The Use of medieval ages knowledge of Evil- it has used the Blood of Children to amplify its control.

The Horrors done to our newborn babies in sexual and blood ceremonies are horrific, especially in Texas…..

We, the awakened ones, have known of the truth of the evil in the church.

Most have been killed.

So many have died to bring forth this TRUTH.

I don’t know why I was chosen, I do not feel worthy Of all that has been sacrificed for me to write this.

The Revealing Of The Truth Of The Roman Empire’s catholic church and the Black Papa, has been written and so now must play out across all grids as it is a matrix program which cannot be deleted as it was so written by the architects of the divine blueprint matrix.

The Targeting has shifted. The Hunters have become Prey.

Pray for the prey.

For those of us involved who have known the Truth, We need to Pray for this to unfold quickly- and we need to pray for ALL involved, including forgotten souls.

The Backlash Of this REVELATION to the world’s masses will begin to topple the hidden deep state programs throughout all the governments of the world.

Please Know that the Roman Empire has many gods now-(POLYTHEISM) just like the Romans had many gods then, their main one though is the god of war, and they adopted Christianity as its front to control the Masses for blood to be sacrificed to their god.

It has adopted Christianity so that it could remain hidden behind it, while using satanic rituals to siphon from the believers and the Innocents.

It has tracked the SAINTED Bloodlines and uses the TARGETED INDIVIDUAL PROGRAM in a SILENT HOLOCAUST, to kill any descendants of the Sacred timelines.

They have decimated the Jewish bloodline of the Christed Families so the ancestors souls remain trapped in their “Hell”.

Last Week, on Friday, I met with A Priest- told him what Mother told me to tell them, but he did not believe me…they didn’t listen…but they were never meant to hear…the prophecy of Revelation must play out.

Our Lady Of Fatima has revealed The Third Secret.

May God have mercy on their soul.

May God have mercy on all of us, for what has been done, which we allowed to happen to our children- to our babies.

There is an Eternal Father, He Has always protected me and mine, and all in their Heart, and when he says Enough, it is enough- All other gods bow down to The Father.

Stay True to your Heart.

Everything is Divinely Perfect.

This is what we have prepared for thousands and thousands of years.

Now- all we do is pray and watch THE PROPHECY unfold- for once written in the MATRIX- by the Sacred Scribes- it MUST play out to align KARMA and release DHARMA.

HARM NONE is a cosmic LAW-Ignorance is no longer bliss- it’s Karma.

The time of running away is done- we now run towards…follow Your Heart, Shine Your Light and Be Fearless.

The only way out is in.

In Light, Love and Joyful Service,

+ - Credit Click to collapse
Lightlover Journal
****Thank You so much if you choose to share my message, but please due so in its entirety and with credit back to my personal site as it is copyrighted. Namaste.****
Source
CrystalWind.ca is free to access and use.
Please donate a small gift of $11.11 or $22.22 or $33.33.
Thank you!
ॐ Namasté - Blessings!

We have 1156 guests and no members online