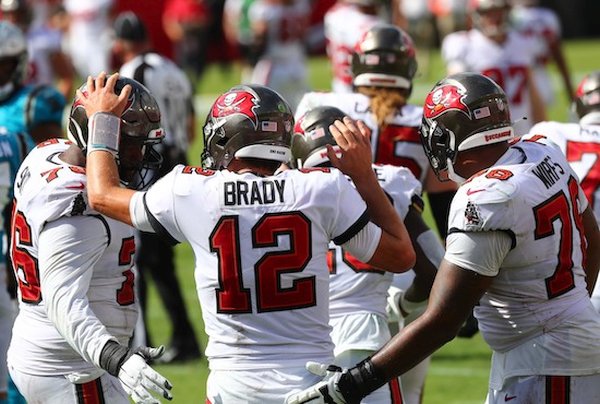 As an American non-football fan, I surprised myself today by watching the Super Bowl between the Kansas City Chiefs and the Tampa Bay Buccaneers. This was so out of character for me.

It has been a very long time since I’ve watched a football game. Gone are the days when I froze my bum off at Soldier Field watching the Chicago Bears in subzero temperatures in the days of Walter Payton. As a retired sports medicine physical therapist who has worked in clinics in Chicago and Seattle, both of which have professional sports teams, the aggressiveness and injuries of these professional sports have impacted me. I have since moved on to more harmonic entertainment.

Over the past few years, I typically tune into the replays of the Super Bowl halftime show to see what musical talent has been showcased. This year, I planned on live-streaming it. Quite frankly, I was very disappointed in the ultra-techno halftime show, especially the white mummified zombie masks. (just my personal impression) But it did draw me into watching the football game which I had no intension of watching.

Let me preface this by saying, I did not know in advance what teams were playing and I had no personal preference. What surprised me was how clearly I was able to observe the game energetically, especially with the sound muted, free of all the commentators yammering in the background. Per my observation, I was surprised at the extreme difference of how each team energetically presented themselves.

What I observed with the Tampa players was a team cohesiveness. Indeed, as is typical, there was always a “play” called with the snap of the ball. But I also observed an intuitive connection between team members that allowed them to respond to what was happening in the moment no matter what “play had been called. I could feel/see the energetic wisdom instantaneously moving between players much like within a spider web. This team cohesiveness became most apparent to me at the end of the game, when Tom Brady was congratulating and hugging each of his teammates rather than being carried into the middle of the field on their shoulders as I have seen so often in the past Super Bowls. He was very aware that the win belonged to ALL of the players and each had a part to play. A quarterback often gets all the kudos, but it takes a strong offensive line and defensive team to win the game. He has played the game of life long enough to know, encourage, and support that!

Our current world is in the midst of a huge metamorphosis. We’re seeing it in antiquated political, financial, educational, and religious systems that are crumbling, much like the game did for Kansas today. The old ways of aggression and bullying are no longer being supported on this planet. I have to honest, I did not anticipate seeing such a blatant example of it in sports. Humanity is experiencing this transformation together as a team and Tom Brady demonstrated that today in spades! Hopefully, the Kansas players were able to realize that as well, for there was talent present on both teams. Just as each of us carry wisdom and talent within each of us. It is how we play together and support the “team” that makes the difference.