As We Awake From The Quantum Dream - The Awakening Begins!

The Language Of Awakening Conscience 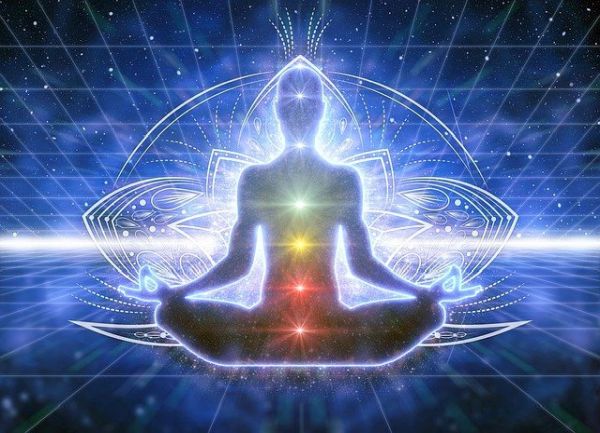 What wonderful times we are living in! And with each passing day, we get closer and closer to the end of a long Cycle. This also shows us, that a New Era is already outlined in the next steps. What a privilege to be here right now, and so participate in the great event of the Planet Transition!

But it must be considered that each soul incarnated today, has achieved an individual degree of consciousness, through subsequent reincarnations. And that makes a big difference in the way of understanding, acting and ending the great journey of life of each human conscience.

The moment of awakening is already underway and will soon be over. As it has been said here so many times, Earth is a School of Souls, and like any school, not all students get approved at the same time.

Many souls have risen during the Earth's trajectory through the worlds of Atonement and Proofs. But you have to consider that the number is not expressive. Waking up through the long dark night of the soul, was almost a nightmare. So few got it But now the great moment of intense Light begins to take shape. That will make all the difference.

The Light is Awakening! It's like the rays of a new day, when all nature rejoices and sings to welcome the Sun. This long-awaited moment has arrived! Watch how nature sings! Look at the joy and color that is manifesting now! See with your own eyes! No need for anyone to show you.

But you have to have eyes to see! You have to have ears to hear! He who has closed himself to such a point that he does not allow the Light to enter his room, will surely prefer the penumbra to continue sleeping. He is not in the mood to wake up and participate in the great Light event!

Awakening means to enlighten yourself! Allow Light to enter, not only into your room, but into every cell in your body. The process is much wider than you can imagine. It's so deep that it will indeed change the consciousness of each awakening. Btw, a lot has changed! And this is the change that is disturbing those who do not want to wake up.

Those who open the windows to the Light are attacked by those who prefer to sleep longer. So when they ask me "Am I awake?" "I can't know, but you know. Watch how many call you out for anything that isn't actually a compliment. They get disturbed by your Light, because for them, darkness is more comfortable.

An awakened conscience will never go back to sleep. That's why the process is called elevation. It's the climb up the ladder of continuous life. No one can stop an awakened conscience, and much less keep it under control, Yet another reason for the Controller of Humanity to revolt against the process of Ascension of the incarnated souls here.

An awakened conscience no longer speaks the same language as before. A new language has been adopted. And those who sleep, say it's a conspiracy theory. Yes, to them it's a conspiracy, because it hurts their interests. They also say they're witches. Yes, the magic of consciousness awakens, infinite possibilities, something that the sleepers and the dominators do not understand.

The language of an awakened conscience is very disturbing. She promotes a different way of looking at life. And this is not a wish of those who ordered everything and tampouco of the commanders who prefer the comfort of the inertia. Stepping out of the comfort zone is an attitude that confronts the consciences still under the command of the Dominators of Humanity.

The language of an awakened conscience is the opposite of that practiced by those who continue in deep sleep. The one who sleeps only dreams; since the one who wakes up lives reality. He can appreciate the Light that shines through at every moment of the day. You can taste the beauty around you. You can touch anything that pleases your eyes, heart and soul.

The language of an awakened conscience sounds like a language not understood by the mass sleeping in collective hypnosis. There are no more issues or arguments that can cooperate to wake anyone up. This language only interests those who have woken up, even to those who are still within four walls and haven't gone outside to appreciate the beauty of Light.

This language, although misunderstood by the hypnotized mass, is pleasant and interesting for those who have not yet been encouraged to enter the paths of ascension. But these feel the soft call that touches your heart. Gradually, they will step out of their positions and venture out on this journey towards ascension.

Nothing will ever be the same for those with an extended conscience. Every step back, is always an extra effort, because the path will lead forward in every situation lived.

Awakening consciousness desires more and more to know; to know it. Can't stay in the inertia before. She gets restless and uncomfortable when she doesn't move forward.

The language of an awakened conscience is a practice being used more and more by an increasing number of human beings. It's indeed a New Time! A new era is upon us. Nothing will ever be the same! Regardless of the will of 2/3 of humanity, now nothing and no one can stop what is coming. Nothing and nobody can stop the Light that is coming. It is the force of the Universe following its dictates and its Natural Laws.

The World will never be the same again! You're not the same anymore!

Awakening consciousness will never be the same!

©2022 Vital Frosi
I'm a cultured man. I speak Portuguese, Italian, Spanish, Veneto dialect and I am studying English and French. I know a lot about History and Geography. I'm always up to date and follow everything that happens in the world. I don't like parties. A man who believes in love. Who believes that life is only worthwhile when shared. A man who claims that the woman is the reason for everything, as he is the generative source of life. It all depends on how we conduct our actions. But most of all, we need to fulfill our mission in this lifetime. Find the path of Light, which will lead us to our elevation.