Expanding Further Into Unity Consciousness
A+ A A- 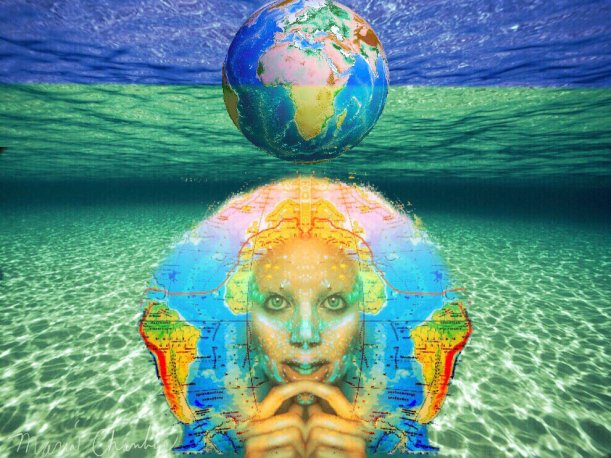 When it comes to embodied enlightenment, suble doesn’t work.  Why?  Well, because real change comes only at the heels of disruption.  When our lives are traumatized.  We have all had that wake up call, some more unceremoniously than others.

I’m  not talking about something traumatic happens, like an illness, an accident, loss of a relationship or job, and then we begin to look within to become a ‘better’ person.  That may be a good first step,  but I am talking about a crisis that has you questioning everything you knew to be true,

We all have had such a crisis, emotional or physical or both, which initiated our awakening.

TIP-TOE THROUGH THE TULIPS

Humanity is very stuck.  They have been for a very long time.  Evolution is slow when it comes to consciousness.  So tip-toeing through the tulips will not cut it in opening up consciousness to more expanded ways of being.

There had to be a way of breaking away from the mental spheres, the repeating of karma, and opening to the esoteric, and seeing ourselves as multidimensional.  But it wasn’t going to happen by subtly getting our feet wet, by just entertaining ourselves with spiritual information, with feel-good platitudes ad nauseum.

We had to be walloped over the head by the cosmic two-by-four, at least for us consciousness pioneers.  For better or for worse, we were the ones breaking the mould.

MEANWHILE, AS THE WORLD TURNS…..AND WHY IT’S RELEVANT

It’s been fascinating to watch here in the United States the more liberal perspective candidates trying to win elections by staying slightly left of center, and trying to pull in and appease the ‘less conservative’ Republicans.

The establishment Democrats have been distancing themselves from the more progressive Democratic candidates because they fear losing votes.  They see the progressives as too ‘radical’.  They believe they must stay within the conservative margins or they will be completely demolished at the polls.

They fear the progressive policy points, such as health care for all, free education, and introducing  law that would get corporate money out of political elections…would alienate their more conservative constituents.  (And of course the Democrats have been just as guilty as Republicans, of taking large corporate donor money.)

The Republicans see these more progressive policies as too out there, unrealistic, and ‘socialistic.’  So the Democrats have been trying to cow-tow to those Republican political officials and citizens, with more middle-of-the-road talking points, as a way of playing it safe.

But staying more centrist had not bore out in their favor at the polls, election after election.

It hasn’t worked well because they end up pleasing no one.  And, in actuality, the more progressive ideas are good for all concerned.  The idea of change is very threatening to those with a more conservative perspective of life, but sometimes the cosmic two-by-four comes in the form of change itself knocking at their door.

You may ask, what does this have to do with our own ascension process?  Great question.

Just as the Democrats may have to take the risk and vote for candidates who are more progressive, and who are not taking big corporate donations and money from special interest groups….we Ascension pioneers also are finding that we can no longer be wishy-washy about our own ideals.  In this case, our own soul’s joy.

We can no longer compromise who we are, dimming our light, in order to play it safe, in order to win the approval of those in the 3D world who want to keep things status quo.

Because we certainly don’t benefit from playing it safe, and no one else does either.

THEY ARE STUNNING THE COUNTRY

As it turns out, the new breed of grassroots progressive Democrats are finding that they do in fact have the support of the citizens, and are achieving stunning election wins in otherwise conservative areas of the Country.  They are not taking dark money, but are depending largely upon small donations from their base.

And it’s done by getting their base excited.

So too, we are discovering that we have the support of our soul, and of many others in our community.  We don’t have to try to fit in to a system that is no longer working very well.  We won’t want to stay here unless we are excited about our life, and that can’t happen if we try to continue to fit in.

The Conservatives love to disparage the Progressives’ ideas as being unrealistic, and even dangerous to the security and the economy of the nation.  They fear real change, and especially the change cultural diversity brings,

The mind does the same thing, trying to convince us that the soul is not to be trusted because it will be dangerous for us to follow its lead. It tries to call us back to more conservative, safe ways of being. Even if those ways are stagnating us, and possibly killing us.

But the good news is, this all happens naturally, as we allow our soul to be in our body and our lives on more of a regular basis.

If at any point in time you feel that you have been seduced into a narrow mindset, into an old, conservative safety zone, just nod to your soul.  She will absolutely take that as an invitation to come in closer.  You will feel the stirrings of a dynamic presence, one that is excited to be with you, and is learning to listen to your human needs.  It’s certainly not just a one way street.   Your human needs are just as important as your soul’s desires.

But don’t expect your soul to just settle for a middle of the road experience.