Your Temples - Your Spiritual Gateway Within 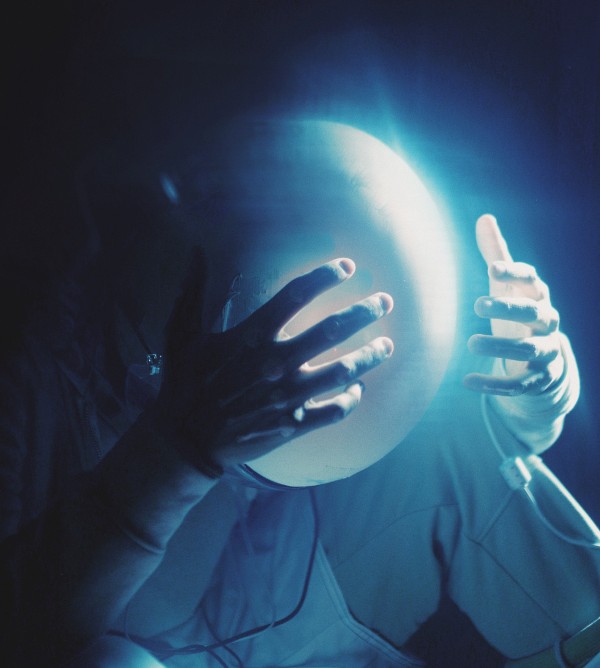 Have you ever wondered why you’ll intuitively place your two middle fingers together, thumbs under chin, elbows leaning in front of you and your fingers pressed against your temples – when you ‘concentrate’ (to hone your thoughts)? It’s a stance taken without thinking, and yet it’s taken in order to naturally harness the power of your thoughts.

Indeed, your temples serve as incredible gateways to access the power of manifestation within you. They’re called ‘temples’ for a reason. In today’s ALL-NEW blog post, let’s delve into the physical and spiritual relevance of your temples. You’ll learn why the weakest point of the skull is actually a power-point where your ‘wings of light’ emerge, enabling you to access your super-sensory foresight.

THE TEMPLES – YOUR WINGS OF LIGHT

Let’s begin by exploring the physical aspects of your temples. Underneath your temples is the meeting point of 4 bones, the parietal, frontal, temporal and the greater ‘wing’ of the sphenoid bone. This entire region is known as the ‘pterion’ named after the Greek word for ‘wings’, which has esoteric associations with Mercury/Hermes The Messenger of the Gods who is depicted wearing a cap with wings on either side of the temples. We’ll move onto the deeper meaning and symbology of this shortly.

The pterion is therefore, the thinnest/weakest part of your skull, with a major artery ‘the middle meningeal artery’ running right underneath it. This is why a blow to the back or top of the head can put enough pressure onto the temples to cause either a fatal fracture or a rupture to the large artery, resulting in a brain bleed. Named after the temporal bone (which relates to the passing of time with the hair near the temples turning grey first) the temples also denote the growing of wisdom. In short, it’s a highly sensitive area, physically and also ‘spiritually’. The temples are also thought to be named after the Greek word ‘temenos’ which refers to sacred spaces that are revered and ‘set-apart’ for worshiping the divine. Indeed, your temples do serve this role.

From a spiritual and physical perspective, it’s the meeting point of the pterion ‘under the temples’ that holds special interest.

Consider that the power point of the pterion on either side of your head serves both energetically and physically as a ‘direction point for thought’. If you can imagine that an energetic prism of light is created over the temples. This light prism collects all original thought which rises up from your all-thinking heart (the chamber of soul in your human body) and then bends and directs this light (thought) from the place of the temples, beaming and concentrating thoughts into your third eye. Concentrated thought directed from your temples is super-charged thought that helps you to directly beam out in front of you – your future visions.

Your temples serve as reflectors and directors of thought into the lens of the third eye, which then projects out the visions that you’re creating onto the invisible canvas of all-creation, in the etheric energy field all around you. It’s from this field that your concentrated thoughts form an image of what it is that you desire to manifest, to ‘create’ and to bring into physical form. This is how your ideas become realised. This is the process that takes place to make your visions come into form and your temples play a vital role in this process.

Consider that all thought begins in the heart (the soul chamber) in your physical body. These ‘ideas’ born of soul’s desires (with soul being you) are then sent directly into the third eye (the pineal/pituitary gland – from the heart). When you bring your temples into play and deliberately ‘pause’ to focus on your temples (as ideas are flowing into you) then you’ll amplify the thoughts which are sent to the third eye to be deciphered into images or visions. Indeed, it was the Ancient Egyptians who taught us that the ‘heart’ is the centre of all thought within the human body. Known as The Memphite Theology the creator god Ptah teaches that the heart is the source of thought and that it‘s the tongue which speaks the voice of soul (derived from the heart). It’s why the mummification process always revered the heart over the brains. The heart was the container of soul. I call it your ‘soul chamber’. And I have a powerful Guided Meditation that activates The Temple of Your Heart It’s within your third eye where (like a laser) you direct and pin-point your desires out into the physical world. Thought is born of the spiritual dimension and it serves as the blueprint with which to create matter in the physical dimension. You are a spiritual being experiencing a physical world. When you can acknowledge that what you experience can be and indeed ‘is’ altered by how you choose to view, direct and create it (from within you) then life truly begins to take on a deeper level of freedom, meaning and self-trust. FOCUSING THE POWER INTO THE THIRD EYE

And, it’s via your energetic third eye that you imprint upon your surroundings the visions that you wish to experience and see come to life. The temples direct your thoughts into the centre of your brain, firing up the pineal and pituitary gland so that you can ‘consciously’ turn on the third eye and truly emblazon your ideas into form. I’ve created a Guided Meditation journey which beautifully assists you to Open up and Turn on Your Third Eye

The focusing of thought and ideas rising up from your heart, via the temples (your spiritual gateways) can also be why you experience ‘tension headaches’ (over the temples) when you’re focusing so hard to hone the messages of your heart to be projected out of your third eye. The muscles (or temporal fascia) around your temples can become taught and tense from all of the strain created by beaming concentrated thought into the third eye. Regular self-massage of the temples and pressing into the small indent where the pterion is located relieves built-up pressure on this point and can help to enhance your visionary focusing skills.

YOUR PILLARS OF POWER

You can think of your temples as your ‘pillars of power’. They serve as gateways to directing and harnessing thought, which is born of spirit. When you respect the energetic power within the temples, you can then amplify your natural creator abilities.

And just as your temples are of pillars of power, you may also now see ‘why’ the ancients depicted the planetary representation of ‘The Messenger of Spirit’ known as Mercury/Hermes with wings (over a cap) on either side of the head. The planet Mercury sits closest to The Sun and hence, it’s the gateway planet for messages coming through the solar disk through to Earth. Mercury is ‘The Messenger’ and hence, whenever Mercury is in retrograde (relative to Earth) you’ll delve deeply into your personal communication skills. Your temples serve a vital role within this communication process, enhancing your telepathic ability to send and receive messages to and from others.

Were you ever told to put on your ‘thinking cap’ as a child? I remember that I was. One of my early dance teachers used to say it all the time. Just imagine that putting on your ‘thinking cap’ means to focus and hone your thoughts via the temples to the third eye. The temples are like ‘wings of light’ that carry vital messages up to the brain (from the heart) for use in creating expanded forward visions. Each of us wears an energetic thinking cap, emblazoned with wings of light over the temples.

HONING YOUR TEMPLES – YOUR SPIRITUAL GATEWAY WITHIN

Now that you have a deeper understanding of the energetic and physical role that your temples serve in directing thought, here are some simple practices that can help you to enhance your vision making capabilities:

Sending you love and harmony, as you…experience your soul
Elizabeth

+ - Credit Click to collapse
Elizabeth Peru is an Australian-based Author, Cosmic Guide and Spiritual Teacher whose energy forecasts and consciousness teachings (The Tip-Off) are read by tens of thousands of souls each week, in over 100 countries worldwide.
Source Here
CrystalWind.ca is free to access and use.
Please support us with a small gift of $11.11 or $22.22 or $33.33.

Saint Germain - Your Choice is Important

Create Anew ~ Teachings of the Masters

We have 1636 guests and no members online