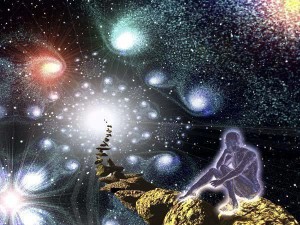 Hello friends. At first I thought I was going to do a post on the fierce “Scorpio/Eclipse” season we are approaching the tail end of, but I then it kind of turned into a review of the entire year. One of my posts had over 170K views at Facebook which at first seemed really great until the emails started rolling in. As an empath/energy reader and not a crisis counselor or suicide hotline, it was a bit hard to handle. I had a social media hiatus planned last week anyway and it proved to be in divine timing. Yes I did let the madness of the world get to me more than a little bit, but I also learned a lot from it and I share my findings with you.

The Method and The Madness

Buy the ticket, take the ride…and if it occasionally gets a little heavier than what you had in mind, well maybe chalk it off to forced conscious expansion: Tune in, freak out, get beaten. ~ Hunter S. Thompson

I discovered there’s a difference between a little Alice – down the Rabbit Hole adventure and adventures of a more dark and threatening variety. In times of great cosmic stress there is also an increased level of “offloading” or psychological projection going on and that can make things even more confusing and sticky. The Plutonic nature of the energies of October and November have served exactly in that capacity. Just as my forecast for November indicated, our FEARS have been front and center for many people and the results have not been pretty; especially for my fellow empaths/sensitives. On some days you could cut the astral tension with a knife and freaky started looking like the new normal.

The purpose of the ferocity of the Scorpio/Eclipse portal was to level up, so to speak. Actually if your challenges were great this is a good sign spiritually. You are utilizing the energies accordingly. A coping mechanism when the energies are “thick” is to put up more walls metaphorically and energetically and get into resistance. It has been said, “Resist not evil,” and there is a great teaching in this. Let energies flow past you and they will not “stick.” To side step, deflect and chose one’s battles are tools of the Spiritual Warrior. – The Keepers, 11.14.14

Robert Moss described this Scorpio Season as a collective “negative hypnotic trance,” and I feel this is highly accurate. With Neptunian and Uranian elements traveling with the other energies at hand there have been plenty of twists, turns, illusions and downright shocks. It was rather like being knocked down by a large oceanic wave and then right when we got our footing again, another would come along. No wonder frustration and fatigue levels reached fever pitch, especially during the first two weeks of November.

This year definitely lived up to being a “7” Universal Year in the Chinese “Year of the (Green) Horse.” There has been much movement, change and consciousness expansion all around. Since change can be tough and scary, this has contributed to the general vibe of anxiety that has pervaded the atmosphere.

Both the Keepers and the astrology of the year have indicated that we have been in a collective initiation and to pull from the Hunter S. Thompson quote above, a “forced consciousness expansion.” Though on one level it’s not really forced as the Universe doesn’t exactly play that way as free will is involved, but let’s just say she’s more than happy to light a little fire under our butts when necessary.

I was shown that these were the main areas in which many spiritual aspirants were put to the test this year: death, loss, separations of all kinds including divorce and financial shocks. With Saturn in Scorpio until 12/23 of this year we’ve ALL been feeling the pinch but those with strong Scorpio and Capricorn planets have been feeling it the most. I was joking with a good friend who is an astrologer about going out for cocktails to celebrate Saturn’s movement into Sagittarius and he said, “I want to go drink with you, and I don’t even drink!” Yes folks, it’s been pretty tough. The challenge I feel in any kind of tough cosmic initiation is to not get into what I have called “cosmic whiplash,” and remain fearful and energetically and psychologically injured. I’ve been looking ahead at the energies of 2015 and we definitely do not want to start the year on a low note. Please be kind to yourselves now and do whatever you feel is necessary to restore yourself and get back to center.

Despite the reports of madness and mayhem, there have been people able to tap into the higher octave of these energies and have been having a different, less upsetting kind of experience. These people are most likely not empaths and if they are, they have perfected their Empath Ninja Warrior light skills to an art form and I am genuinely impressed. It helps if we remember that there IS a purpose during periods where there’s a whole lotta shakin’ going on and the more we can stop the resistance and LET GO, the better we will fare in challenging times of all kinds in our lives.

Another important thing to remember is that our own Guides and Angels are always with us, but especially in times of trouble or stress. We are definitely not alone in the Universe, despite what the rantings of our ego/ordinary mind would like us to believe. Breathe. Tune in. Reach out. Receive.

Accept, then act. Whatever the present moment contains, accept it as if you had chosen it. Always work with it, not against it. This will miraculously transform your whole life.- Eckhart Tolle

One thing that I’ve noticed that is simply not going away are the growing discomfort levels in the Collective. People that are in service especially in the healing and/or counseling fields have defintely noticed some big changes and the need for loving, but firm boundaries. When the cosmic heat gets turned up, people want out of the kitchen and they are looking for answers and sometimes through inappropriate means. If you are in service to the public I see the “game changers” being in the areas of self-care and in a pretty big way. Please don’t wait until you are approaching dangerous levels of personal burnout before you go on a vacation or at least step away for a little while. It will make all the difference.

What I will say in looking at the energies of 2015, it’s definitely a “come clean” kind of energy. The “8” Universal Year energies are about karmic manifestation and also magnification. As I’ve mentioned before, whatever you would not like seen magnified 50 or 100X may have been at the forefront of your consciousness this year. This is actually for a divine purpose and I will explore that more in depth in the 2015 Yearly Forecast coming up at the end of December.

Looking ahead, we have the movement of the Sun, Venus and Saturn moving from the depths of Scorpio to the lighter more expansive energies of Sagittarius over the next few weeks. This however, is not without it’s shadow material also – namely in the form of preaching, dogmatism and Jupiterian over-the-topness. With SO much deep underworld activity this Fall however, for many it will feel like sweet relief and the return of an old, beloved friend.

Thank you for reading and remember to keep it Cosmic!

© Irma Kaye Sawyer 2011-2014. Please feel free to share these messages as you are guided with author and copyright information included. Thank you.

You Absolutely Can Tackle the Big Things You’ve Been Avoiding
Become a Patron!

We have 856 guests and no members online