Brazil: Heart Of The World

Brazil: Heart Of The World 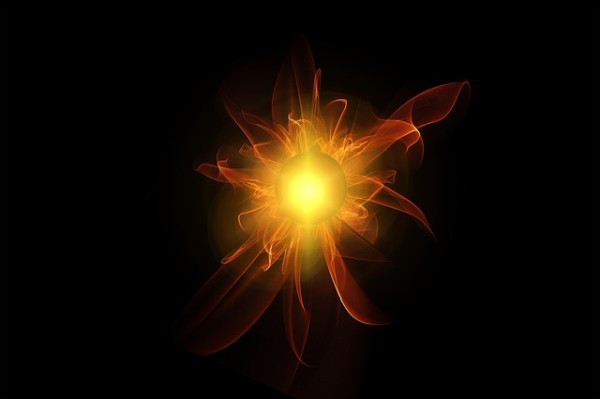 The ascension process of the souls on Earth is a long one, and, therefore, it is done in stages. Throughout the millennia, each stage has been overcome, either individually or as a collective.

Ascension is part of the Divine Plan for Planet Earth. Nothing and no one can change the Creator's designs. Everything was strategically planned long before our Planet came into being. Earth is set to be the GARDEN OF Eden, whether its would-be rulers like it or not.

Such rulers came here some 350,000 years ago. First as exploiters of our riches, but as time went by, the dispute for the command of resource-rich Planets subjected local humanity to slavery through labor and debt.

The hardest period for the souls incarnated on Earth, was without a doubt the last 25,920 years, which corresponds to the Pleiadian Cycle, also known as the Mayan Calendar. This Cycle determines the exact time when our Solar System completes one orbit around the Central Sun of Alcyone, which in turn commands the Pleiades System.

But you don't have to go back 26,000 years to understand this process. It is enough just to observe the known history of today's humanity. From ancient Egypt to the present day, we already have a notion that can explain the Earth's current moment.

After the sinking of Atlantis (the Atlantean Continent), everything changed around here, both in the geography of the Earth and in its humanity. The reduced population was held hostage by the invading Archons. Through some intruding races such as the Reptilians and the Drakonians, genetic modifications in humans allowed hybridism with such races.

If before the Archons were only interested in the riches of Earth, now they have decided to enslave its humanity as well. Genetic experiments have transformed part of the humans into cold-blooded (reptilian) hybrids.

Such hybrids began to act like the dark races that created them. Remember that all this was due to the fact that the Archons were not allowed to incarnate on this Planet. However, with hybridization, it has become easier to command and control humans, since the insatiable desire for power is in the Reptilians' genetics.

And for the last 13,000 years, such hybrids have come to dominate all the peoples of the Earth. As humans in their form, humanity didn't even realize that they were on the path to slavery, since their commanders always looked the same as the rest. Great Empires followed one another over the years. Crusades, invasions, wars, destruction of cities, domination and disgrace, this was the keynote of these dark times. Not to mention the Inquisition in the Middle Ages, which lasted more than 500 years.

During this time of Darkness, these rulers divided the conquered territories into parts, just as gangs of robbers do when they divide up the proceeds of their theft. This is how countries came into being. In their beginning, still under the yoke of their owners, as was Brazil, a colony of Portugal, and the other Latin countries, dominated by Spain. But even the United States, Canada, all of Africa and Oceania, went through the colonial period.

There was a time when it seemed that the Light would finally shine on such subjugated peoples. Then there was also their INDEPENDENCE. It was no different here in Brazil. On September 7, 1822, Brazil gave its cry of freedom, freeing itself from the yoke of the Kings of Portugal, and from all of Europoa, since these Kings, in fact, were families formed by hybrids, as described at the beginning of this text.

Politically, it is said that there was independence. Just as it was for all the others that were colonized before. But did your people truly enjoy this independence? Certainly not! What happened was that there was a change in the strategy of subjugation. The world was getting too big and the population had grown too large. So, like great gangs of rapine, they subdivided themselves into more commanding slices.

Since hybrids are always hungry for power, it was only natural that the owners of the World had no difficulty in subletting their territories. In theory, the countries were freed from colonial rule, but in practice, their leaders were nothing more than the minions of their original bosses.

This practice was refined and the three-letter organizations such as the UN, OAS, CIA, FBI, and many others were born. All reptilian ramifications of the dark command.

We have made it to the present days. Times of revelations. Time for the Apocalypse. All that has been hidden is being revealed This is necessary for the liberation of mankind. Jesus Christ Himself said, "You will know the truth, and the truth will set you free. "This truth is being laid out now for all mankind. And it is exactly this truth that the Hidden Command does not want revealed, for it will determine the definitive end of slavery of humanity.

And it is not a mere coincidence that Brazil celebrates this September 7, 2022, its bicentenary, for its definitive liberation was not in 1822, but it will in fact be now. There is no chance; there is always a cause. The cause of all this, is the role determined by Brazil in this Planetary Transition and which coincides with the end of the Earth Cycle of Tests and Expiations, for a World of Regeneration. 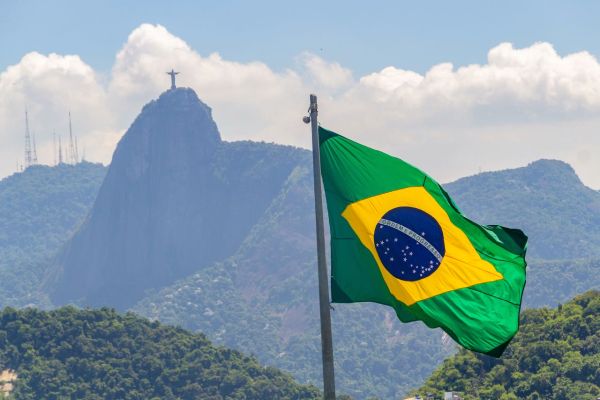 Brazil is the Heart of the World because it is your Cardiac Chakra. Energetically, everything will flow from here to the rest of the Planet. Its geographical format, putting the Northeast as the starting point of sunrise, will have exactly the shape of a heart. It's also the Land of the Cruise, because it's no coincidence that we have the best view of this Constellation from here. Also intuitively, the Cabral Squad named the Land of Santa Cruz upon sighting Mt. Pascoal. Soon after, it moved to Vera Cruz, to later take the definitive name of Brazil

Brazil drifts from fire or burning. It also means fire, a natural element that, together with water, air, earth and ether, form the Earth’s energy set. Fire is the part of the fire that does not go out. Dela can resurrect again, enough to feed on more wood.

And Brazil was being fed when the Comforter (Kardecism) that emerged in France in 1850, for not finding burning in those lands, migrated here, bringing the Homeland of the Gospel to the surface of the planet.

FROM BRAZIL TO THE WORLD! This is the password sent from Heaven! It will all start here now. This is also why I brought in a horde of reptilian clovers incarnate. If not enough the natives here, there is a real Legion of them who, even outside, dictate the rules here, even if it violates national sovereignty.

But nothing will stop the Divine Plans for Brazil and humanity on Earth. A determination of the High is not up for debate, for it simply establishes itself. And the Creator has given ENOUGH! The Bicentenary of Brazil's Independence means that the Heart of the World is able to irrigate the rest of the planetary body with its burning blood. The pure blood that comes from your heart, will purify the blood from the rest of your body.

The millions of power-hungry hybrids, even though they are insignificant characters, fight desperately alongside their own slaves, as they still feel the unceasing thirst to achieve the highest steps of command. That's also the way to understand why the good part of humanity is always on the side of the Hidden Command which is also the cause of most pains of the human race.

Brazil will fulfill its role sooner or later, but nothing will stop what's coming. If the heart fails to function, the entire Planetary Body would collapse, and that's not part of the Divine Plans for Planet Earth. So, let's vibe together today! Let's pulse to the rhythm of this heart that will never stop beating! We are the army of Light incarnate right now in order to anchor the necessary energy that gives sustaining the heartbeat of Planet Earth.