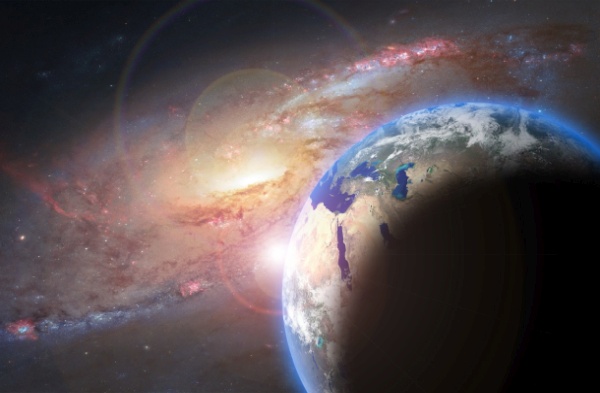 It feels appropriate today to share a message regarding the events that took place within the collective consciousness of our planet yesterday, January 6, 2020. I have written a lot over the years about freedom. At so many milestones on the journey, I experienced freedom at varying degrees. There was the freedom from the third dimension, that moment when the human ego is fully exposed as an imposter. There is the liberation of the soul when Pure Source Consciousness is embodied.

There is freedom that comes with completely purifying the mind of all belief systems, all identities, to live as a Pure Source, free to be whatever the eternal now calls for. Freedom comes in many packages and layers as we journey deeper into the truth of our being. My idea and experience of freedom has shifted and deepened many times over the course of embodiment. Each time I let go of something, each time I was able to “see” a new perspective or the bigger picture, the freedom I experienced expanded. This is because Freedom is at the core of what it means to be Pure Consciousness and to be eternally Sovereign. This journey to freedom, the ultimate freedom, is what humanity has embarked upon this year. Through our collective awakening we have activated the freedom codes within our DNA to begin the collective ascension. The journey that will take us deep into the heart, the soul, the Pure Source that lies within each of us and all of us as ONE. This is where the ascension journey is taking each of us and all of us, to complete, profound, indescribable freedom!

Yesterday, was the beginning of our collective journey into the higher dimensions of freedom. What played out at the U.S. Capitol in Washington was our collective fear of losing our freedom as well as our collective heart’s desire to be free! It was a battle of fear (collective ego) versus love (collective heart)and one that we had to face together as a collective to fully overcome. The United States of America has always represented freedom to the world. Our republic has been the example of freedom for countless souls across the planet. Yesterday was no different as the entire world was watching to see if freedom would win. This was not just a battle for freedom in the United States, what transpired in the nation’s capitol affected the freedom of humanity itself. Because the beacon of hope is still shining today, freedom for all is still a possibility! This freedom may not be the freedom that comes with higher dimensional wisdom but it is what freedom means in the hearts of the collective at this time. One day we will see just how bound by our own laws we have been and we will free ourselves once more to align with our new collective beliefs. However, today we stand as a collective humanity united in these laws as the fundamental system of checks and balances that have saved our freedom. Today, there is a sense of relief within the collective consciousness of this planet. A renewed sense of hope and trust that love prevails and that despite the outer world circumstances, people still follow their hearts.

When I left the United States in November on the eve of the presidential election, I heard very loudly, “This is the end of democracy as you know it”. I knew in my heart that the America I was leaving was not going to be the same America I returned to. For weeks since, I have felt the unrest, the fear coursing through the collective consciousness as we battled with our own collective self for freedom – freedom from the third dimensional ego self. This freedom manifested into the physical world as the presidential election and transfer of power in the United States. However, it affected the global community and the collective energy as well. Many conduits have worked to diffuse and transmute this fear and unrest to keep the planetary grids balanced. Along with the pandemic and other factors, the collective has been releasing massive amounts of dense energy since last year. The past two days, especially yesterday were very intense. I had been given a dream two nights before to explain to me what was going to happen with the collective energies during the “showdown” in Washington. This prepared me for the changes in my energy field and emotional body as humanity faced this dimension changing choice point. My Light body was purging and transmuting massive amounts of collective energy, absorbing the fear, transmuting it and releasing nothing back. I along with others were to remain as a neutral Source for the energy in order to help stabilize and balance the planetary grids. There were many others sending massive amounts of love and Light in to the grids to help as well. This was all part of the collective consciousness facing its fear of loosing our freedom forever. The enslavement of humanity by ourselves or by some other force. Together as ONE unified humanity we faced our fears through the events that have transpired since the United States presidential election and those on Capitol Hill yesterday. These events have reshaped democracy forever. We will continue to see the party lines that divided us fade away as unity consciousness begins to awaken in the hearts of the collective and governments are truly transformed. The events that took place in the congress of the United States of America last night solidified the collapse of the old system and showed us the presence of unity playing out in our collective physical reality. The collective ascension has been physicalized! America and the entire collective consciousness of Gaia has ascended to the fourth dimension!

We have had a showdown with our collective ego by facing the fear of loosing our freedom. This is the milestone that physically represents humanity freeing ourselves from the imploding third dimension! Collectively we have united and proved to ourselves that love still and always will be the most powerful force in Creation. Collectively, we are ready to move forward with building a new world based in unity and respect for all life. Collectively we have chosen to take the path of freedom and to ascend into the higher dimensions of consciousness to evolve our planet into a New Earth. This event marked a milestone on the collective ascension. Let us celebrate today in love, joy and an inner knowing that all life is sacred. Let us have compassion for those that played the role of stoking the fires of our collective heart. The fires of illumination that ultimately led each soul home to their heart to choose the path of unity and love. Let us choose to see the bigger picture of what took place within our collective consciousness and to give gratitude for the experience and gifts it has and will continue to bring us as ONE unified humanity! This was truly the fist tangible example of the collective ascension versus the collective awakening. May it inspire us towards greater heights of unity! Gob bless humanity, Gaia and the entire collective consciousness of this planet. I love you all eternally!

The Divine Organization of Terra Nova is dedicated to bringing forth the Cosmic Blueprints for this star system. This is achieved in a multitude of ways including sharing information to assist all souls in raising their frequency to support the construction of their own Diamond Sun Body. All information shared is to update on the unfoldment of the Cosmic Blueprint for this star system and to educate on Cosmic Knowledge to support the process of full Source embodiment as a collective consciousness.
Source Here

We have 1498 guests and no members online