The Necessity of Forgiveness
A+ A A-

Wishing Versus the Power of the Imagination Alice Time – Part III 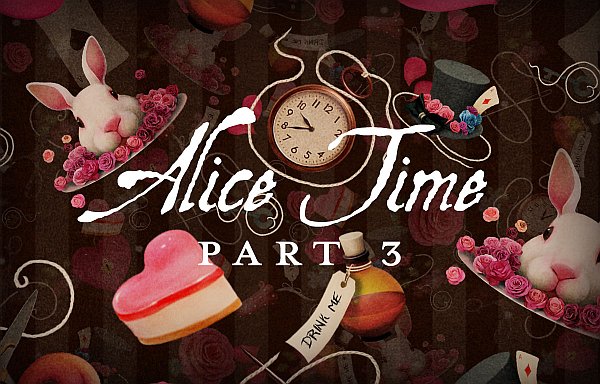 We all make wishes. Wishes are fun. But if half the wishes we made really came true, we’d be in big trouble, yes? I know I would. I mean I’ve made some dark wishes in my day. So, I have to conclude that making a wish, wishing upon a star, blowing out birthday candles and all the other wish rituals we have lack a bit of genuine creative fire power. By real power, I mean creative current that creates that vital bridge of incarnation between a wisp of a thought and kicking into gear the laws of cause and effect, magnetic attraction, and all the rest that engage in the conversion of energy into matter.

But wishing is a starting point. It’s where we dialogue with the Muses and wonder about what could be and what if, and what’s out there and what else we could be doing. Wishing and wondering are like the two magical ingredients that stir our imagination – but it’s our imagination that figures out how to make our dreams and wishes come true.

Imagining requires effort and energy, and once you connect with a great idea, so to speak, you form an emotional and psychic bond with that thought form that is almost like the emotional bond you form with a personal relationship. It’s intimate and alive, personal and nourishing to your inner senses. A dialogue begins between you and that seedling of original thought. Merging with a unique vision is the same as having an unfamiliar download of grace rush through your system. In an instant, it penetrates into your intellect, your emotions, your mind, and your vocabulary.

Your archetypal dynamics adjust themselves to new symbolic content – even shifting your understanding of the cosmos if the idea is visionary in scope. You can feel the power of that idea – that vision – take hold of you as it runs through your blood like a new drug, making its way into your neurology. And then it’s locked into your psyche. It’s yours. The download is complete and you are on a high that is unexplainable to anyone who has never been swept away by the thrill of contact with the realm of original thought. This is a love affair unlike anything on earth because it isn’t of the earth. But it soon will be – that becomes your task, and your vessel is your imagination.

I felt that way when Anatomy of the Spirit downloaded into me in a micro-second. It happened while teaching a workshop with Norm Shealy on his farm. I had been in a writer’s funk for six months and the pressure of that dead-end place was agonizing, so much so that I developed a serious four-month long sinus infection that required I get an extension on the book deadline. I was physically, mentally and creatively depleted. The last thing I wanted to do was teach a workshop. Just as I prepared to sketch out seven circles representing the seven chakras, I paused, staring at this blank white board and an inner vision of the seven sacraments and the Tree of Life blended into my understanding of the chakras – just like that. I stood at that white board for several minutes, rapidly reorganizing my book – and then left the classroom to phone my editor in New York. I told her that I wanted to change the direction of the book and obviously she said, “Go for it”.

While I never imagined that such a micro-mystical experience could happen to me, I always knew that such experiences happened and that they could happen to me. To say this another way, it never occurred to me that heaven would not bail me out. What would never occur to me is to “wish” for divine intervention. I honestly do live in the assumption that it happens all the time. I also know that the recipient needs to do what is required on his or her end. If I wasn’t willing to do the work, I wouldn’t get that type of assistance.

Original thought implodes in someone who won’t do what’s required to be a container and vessel of that which others cannot see or comprehend. You need to be someone who can handle being misunderstood or keeping your own creative company or handling a vision others cannot understand. You need to be strong enough to believe something only you can see or understand – and for a long time. Many people have been able to do that, but most people cannot stand alone in the demanding realm of the imagination. So they live in the lesser world of fantasies and musings and unfulfilled wishes. That may sound a bit tough, but it’s the truth.

Falling down your Rabbit Hole requires that you dwell in the world of your imagination. But really dwell in it. Nurture it. And here’s the challenging part: You need to do what your creativity calls for, in order to bring forth the ideas you are imagining. They won’t just fall from the sky. Books, for example, don’t write themselves. Great discoveries in medicine don’t just happen. Poets actually sweat over their poems even though they’ve been completely saturated with the grace of imagination. Understand that you form a working partnership with your imagination. Consider that one never forms a working partnership with a wish – how absurd is that? Fairy tales always lead a person to believe that a “wish” alone does all the work. Now really – a wish and a bunch of fairies – and people believe this more than they believe in mystical consciousness. And you talk about absurd?????

Coming next: The impossible – which is utterly possible.

+ - Credit Click to collapse
© 2017 Myss.com - Caroline Myss is a five-time New York Times bestselling author and internationally renowned speaker in the fields of human consciousness, and mysticism.
Here
CrystalWind.ca is free to access and use.
Please donate a small gift of $11.11 or $22.22 or $33.33.
Thank you!
ॐ Namasté - Blessings!