How Your Spiritual Growth Heals The World 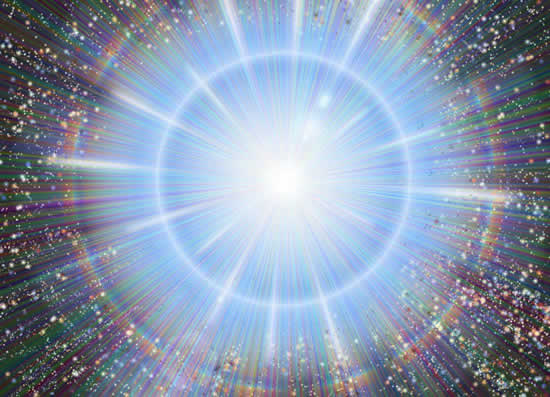 Did you know that just one spiritual person can bring upliftment to millions of people?

They really can, and they can have fun doing it! Here's how it works.

Welcome to The Mind Belt

An atmosphere of air surrounds this planet and so does an atmosphere of consciousness. This global mind belt consists of the thoughts and feelings of everyone on the planet. While thoughts cause electrical activity inside the brain, they originate as non-physical mental energies.

Every moment of every day, your mind senses that frequency of the mind belt to which you are attuned. Every moment of every day, you change the mind belt by contributing the thoughts and feelings that radiate from your consciousness. For the most part, humans choose to block conscious telepathy, but your subconscious mind is fully telepathic, aware of the mental atmosphere in which you exist and often feeds this information through into the conscious mind.

Mental energy has both yin and yang aspects. These are familiar to us as thought and feeling. They are not opposites as such, but act rather as complementary aspects in the same way that electricity and magnetism act in complementary unison with each other to form light.

You've probably said, "Hey! I thought of that first!"

Have you ever had an idea, then seen other people express or use that same idea? You probably said, "Hey! I thought of that first!" Well, that's exactly how the mind belt works. It's an atmosphere that you share with all other sentient beings, but you especially tune in to the topics and frequencies of mind that interest you the most.

The globally-shared mind belt is the medium which enables discoveries and inventions to occur at the same time by people who are not in physical contact with each other. For example, the discovery of oxygen was made not by one researcher, but by three different ones in three different countries at the same time. Mathematical calculus was another example. It was created by Newton in England and Liebnitz in Germany at the same time, leading to years of entertaining rivalry.

You uplift the mind belt

Throughout your life, you contribute to the energies of the mind belt and do your part in making the world what it is today. As a spiritually-minded person, you uplift the mind belt because the frequency of heart-centered consciousness is higher than the self-involved thoughts of the statistically-average person across the face of the globe.

At this point, you may wonder how spiritual people - a smaller portion of the current population - can do much good in a world affected by a lot of materialistic or even depressive thinking. The answer may surprise you.

The Creator stacked the cards in favor of spiritual evolution.

As a spiritually-minded person, your higher-frequency thoughts have exponentially more power and influence than thoughts of a lower frequency. By definition, at least 80% of the population has an average effect upon the mind belt. You, however, have a frequency advantage which empowers your influence in the world far more than you may have realized.

Researcher David R. Hawkins spent years investigating the effects of the whole frequency range of human consciousness and came up with an amazing discovery. As a spiritually-aware person, the influence of your consciousness is equivalent to hundreds of thousands of statistically-average people! This surprising fact presents us with an incredible opportunity to help others and make a very positive difference in the world.

His actual figure was that a person's consciousness at the entry level to spiritual awareness counter-balances and lifts up the effect of the thoughts of 800,000 people of average consciousness around the world!

Imagine what happens when you go beyond the entry level and work every day on your own spiritual growth. Before you know it, you're helping to uplift tens of millions of people and making the world a distinctly better place than it would have been without the benefit of your presence.

As you raise your consciousness, you contribute exponentially more to the spiritual quality of the global mind.

Paradoxically, your greatest service to humanity is to focus upon your own spiritual growth.

This wonderful level of service to humanity occurs as a direct effect of your consciousness upon a world which has been starved of spiritually-conditioned thought.

Make the world a better place

Make a decision to develop your spiritual growth on a daily basis. Choose a time for reflection and spiritual practices each and every day. Spend that time increasing your frequency of consciousness by engaging in your own choice of spiritual activities, such as meditation, spiritual study, reflection, the use of sacred essential oils, and energetic recharging techniques.

Beginning each day with a spiritual practice is a habit that soon becomes the highlight of each day. The side-effect of bringing upliftment to millions of other people fulfills a key purpose of every spiritually-minded person on the planet today.

We were born to make the world a better place...

We have 2362 guests and no members online