The Nature of the Dreamstate 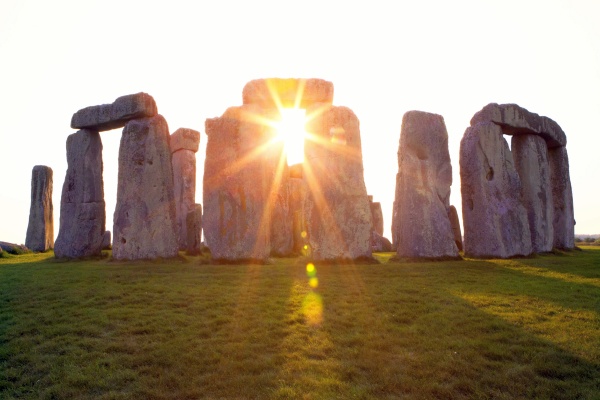 A recent survey revealed a surprising level of optimism in the general population. It seems that a year of flu pandemic lockdowns and difficulties have actually proven to be a catalyst for high-energy positive change!

More than 60% of Americans say they feel optimistic enough to prepare themselves for a better future. The survey also revealed a pivotal awakening in people's appreciation of nature.

In view of such awakenings and the arrival today of the Summer Solstice, this would be a good time to examine the spiritual nature of Mother Nature.

The Nature of Mother Nature

Within Creation, there are Twelve density layers of consciousness, from the subtle and divine Level 12 all the way down to the highly compressed Level 1 where subatomic particles are based.

There is a hierarchy of divine oversight within all density layers of Creation. Not to be confused with human hierarchies and their self-serving designs, the Divine Hierarchy exists to serve all life.

The Sun, for example, provides life energy to the entire solar system, never asking for anything in return.

To put the enormous scale of divine presence into perspective, as the universe was created within the mind of the Creator that means that God is larger than the entire universe!

In order to make the universe functional, three principles of consciousness were employed – expansive intention, nurturing attraction, and, to blend these synergistically together to create life energy, the principle of motion.

The twelve density layers are described in our Stairway to Heaven article, which begins with the most dense level and works its way up through the human and cosmic levels to the divine levels.

The root consciousness of planets such as Mother Earth is based in the Seventh Density layer of Creation. Considering that physical humans currently exist in the Third Density layer, she is much closer than us to the one Creator, so it was always appropriate to consider the Mother Earth as a goddess upon the scale of the evolution of consciousness.

Here in the human realm Third Density, the physical manifestations of Mother Nature are easy to see by anyone who pauses from an often frantic rush through life to appreciate such beauty.

It is by quietly looking at the appearance of a scene of nature, that our consciousness becomes engaged with the subtle and beautiful consciousness of that which supports the manifestation of all life.

You can go deeper than simple appreciation and make a conscious effort to communicate with Mother Nature and her many facets of expression.

Each tree and each flower is supported by a nature spirit or “deva.” Above a group of trees in consciousness will be an overlighting deva to which all the individual devas connect. You can send your love to the main deva. Better yet, follow that connection up with a question. They will be delighted that a human has taken the time to recognize their existence and will respond with an answer to the best of their ability.

Try to avoid sadness in such encounters, such as sadness for conditions that are damaging to the trees. Unlike humans, devas are firmly connected to the divine and are filled with a constant supply of divine joy. So, forget sadness and regrets and be prepared to enjoy the uplifting feeling that contact with nature spirits easily brings.

I was inspired to write this article after reading a book called The Elves of Lily Hill Farm by Penny Kelly.

Description: The Elves of Lily Hill Farm is the true story of Penny Kelly’s meeting with a group of elves and the deal she makes with them to produce one-hundred tons of grapes from a mere thirteen acres of vineyards–without the use of chemical fertilizers and pesticides. As a result of their deal, Penny inadvertently enters the private world of plants, insects, animals, devas, and nature spirits where communication among them is common but the rules are all different. As the elves teach her a series of intense and powerful lessons, an amazing drama emerges between people and nature, both struggling to survive in a world where communication between them has been lost.