Druidry and Politics
A+ A A- 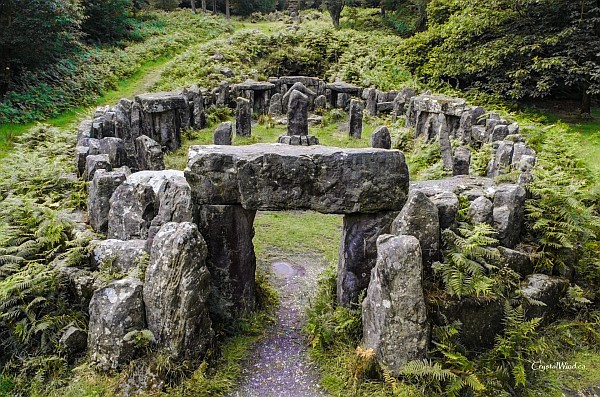 It always makes me sad when I see modern Druids claiming that Druidry isn’t political. We know the original Druids were political, and we know this simply because the Romans went to some effort to wipe them out.

On the whole, the Romans took a really inclusive approach to colonialism. They had given some thought to what keeps a population biddable – bread, circuses and continuity. So where possible, your leaders continue to be your leaders, only they are answerable to Rome and send taxes in. Your Gods are still your Gods, although you might get a Roman name tacked on so they become a double-barrelled entity. There’s not much incentive here for the regular working person to rebel. People get grouchy when you take away their Gods and priests, so mostly you don’t, and conquest is easier. You co-opt their Gods and Romanize them too.

One of the few historical accounts we have of the Druids is of the Romans going to Anglesey specifically to wipe them out. Clearly, as an invading and colonial force, the Romans found the Druids a bit inconvenient. Enough to fight them. Enough to describe them for posterity in ways that did not make them look good. Whatever it was the Druids did to cause that much offence, I can’t help but feel it must have had a political dimension to it. Rome just wasn’t that fussed about religious diversity. By all accounts, the Christians of the period really had to make an effort to get martyred.

In face of oppressive, militaristic colonial capitalism moving into their territory, the original Druids put up enough of a fight to justify trying to wipe them out. Now, you can take that onboard and decide that they got it wrong – that the survival of Druidry was more important than resisting Rome, perhaps. You might decide that in the same situation, you’d have been off to some remote and romantic retreat to practice peace and light because your Druidry isn’t political. Maybe there were Druids who did that at the time – we don’t know. But there were clearly Druids who preferred death to submitting to Rome, and that’s about as political a choice as anyone gets to make.

The idea that you can step outside of politics is a mistaken one. The Druid who does not resist the Roman invasion is also making a political choice – to tacitly support the aggressor, to not defend people and traditions, to take what might be the easiest and safest personal path. In times of peril, conflict and great change, not doing politics is itself a deeply political choice with huge political consequences. You don’t get to be a Druid and opt out of politics because you don’t get to be a person and opt out. You do get to decide who you support, and doing nothing is a choice that supports whatever already dominates. Pretending you can avoid politics is a political decision, either to accept what is done to you or because you are comfortable and don’t suffer what the less fortunate do.

This is Your Consciousness - Goddess of Creation

We have 1188 guests and no members online