Pocket Druidry
A+ A A- 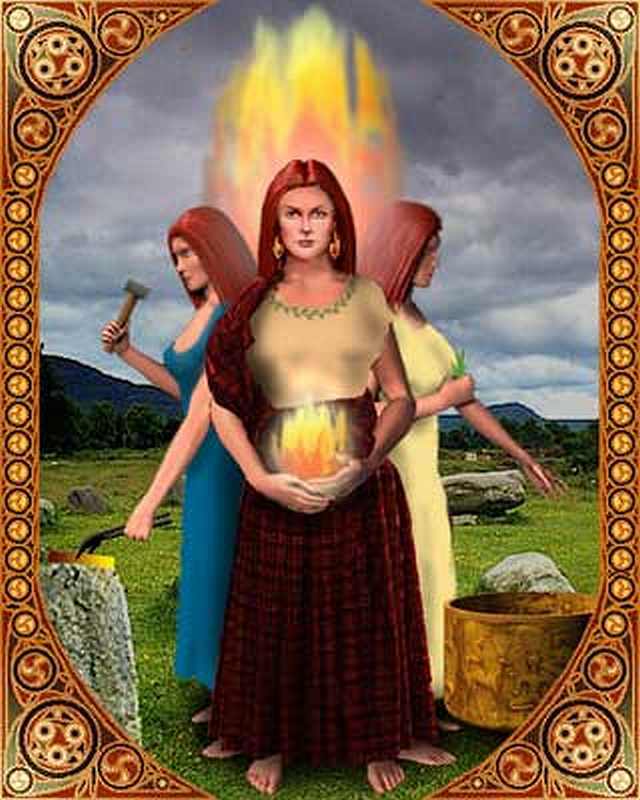 Over the last several cold damp nights and cool partly cloudy days here in New England, many of us who heat with wood have lit the first fires of autumn. (Some days building and feeding a fire is the best theology I can muster.)

More than one Vermont Druid I know makes it an autumn ritual, invoking Brighid and celebrating the turning of the year in this private, immediately practical and also beautifully symbolic way. Way more fun than turning up a thermostat. You celebrate starting from where you are and what you’re doing. Where else, after all, can I begin?

Stay alert, I tell myself. This can be one of the times Druidry demonstrates its wonder and power and joy. We don’t always need the big ritual circles and dords* sounding their ancient welcomes, though these, too, can be apt and lovely. Sometimes, though, the best Druidry for the moment is pocket-sized.

Pocket Druidry. At last year’s East Coast Gathering, Kris Hughes led a workshop demonstrating another form of it. In the early days of Revival Druidry, the Welsh poet and Druid Iolo Morganwg  conceived a literal pocket Druidry, constructing a ritual circle for a gathering of friends on the Summer Solstice of 1792, out of stones drawn from his pocket.

World in your hand, circle in your pocket. Our lives, especially in the last century or so, seem to repeat a pattern: demonstrate our immense power to shape and re-create the world, then withdraw, standing back in dismay and doubt when it doesn’t turn out as we hoped. We’re still practicing, still in the elementary grades, with all the meanings that suggests. Learning to use the elements at hand, still in the early stages.

With the love of triads and threes that marks so much of Celtic art and story, it’s no surprise that the Celtic conception of our spiritual journeys should mirror this same triplicity. From the starting point of Annwn, the Celtic Otherworld, we move forth and back through three states of manifestation and consciousness, in a kind of dance that sees us revisiting old lessons until we’ve fully mastered the material, spiralling through different forms and perspectives.

Most of us hang out for a considerable time in this present world of Abred, this place of testing and proving. From here we proceed to Gwynfyd, a world of liberty and freedom beyond the pale shadows of these forces in our present world. Back and forth between Abred and Gwynfyd, with dips into Annwn here and there. And last comes Ceugant, an unbounded, infinite realm. By definition, no end point, but a new beginning. The horizon recedes.

Morganwg’s compilation Barddas (section 227) explains this cosmology through a kind of Druidic catechism of question and answer. I’ve modernized some of the archaic language in the following excerpt:

Q. What were you before you became human in the circle of Abred?

A. I was in Annwn, the least possible thing capable of life, and the nearest possible to absolute death, and I came in every form, and through every form capable of a body and life, to the state of human in the circle of Abred, where my condition was severe and grievous during the age of ages, ever since I was parted in Annwn from the dead.

Q. Through how many forms have you come?

A. Through every form capable of life, in water, in earth, and in air.

As the Beatles sing it, “It’s a long and winding road …”

One of my teachers notes that human beings recently refused a chance to rise to the next level of awareness by accepting responsibility for themselves and their actions. Some days it feels like we’re throwing tantrums because we didn’t get what we thought we wanted. Rather than awareness, we default to outrage.

In the circle we’re presently in, we refuse to accept cause and effect, continuing to live on a merely emotional, reactive level, without fuller consciousness, at least very often. We’ll readily respond to the energy tides sweeping around us, and contribute to them willingly, but deny that any of them has longer-term effects we need to weigh before leaping in, or that we always have a choice. But that’s how I feel, we say. Yes. So now own it, and go from there, counsel our guides and sages.Maybe not by diving immediately into the very next feeling that presents itself just because it knocks at the door of consciousness.

Ask why? Ask who benefits? Ask how do I live from a place of honor?

Seedtime and harvest, whispers the wisdom of the earth.

The glory and wonder and marvel of it all, in the face of the sufferings we keep bringing on ourselves and each other, are the possibilities of joy unbounded that we glimpse too rarely — that view through the window, over the next hill, in a day- or night-dream, which nevertheless keep us going in spite of everything.

This — the Barddas counsels us — this is simply the way we get there. (If you find another and better way, please do let me know!) Through experiencing fully every possibility and option and choice, and living their consequences.

Less comforting that I was looking for, but a provocative insight, nonetheless. It goes remarkably far in explaining the predicaments (plural) we’re in. They’re the lesson at hand. The necessary lesson. Whatever comes, though, matters less than what we do with it. Especially with the sense of deja-vu that we’ve faced this all before. Wait, I say. Sometimes it feels like I’m still in somebody else’s lesson. Why do I have to sit in class waiting for them to get it?

For some, yes, the lesson’s familiar, a kind of review. Others need to go through the whole thing, maybe for the first time. They may never have encountered it before. But the final piece I know I’m still working on, the piece that keeps me here (I can’t speak for you), is that I have the choice to learn and show compassion. To serve. It’s not about me after all.

That’s all? I ask, grumbling or swearing, depending. Obviously I do need to be here, I say ruefully, a moment later, if only because I’ll need compassion from others soon enough, when a hard lesson comes my way. As it will, guaranteed.

Along with each lesson, that peculiar joy: This isn’t all there is. Keep going. Keep loving, in spite of all evidence to contrary. It’s human evidence, says the sage in the heart. You made it, you live it, you learn it, you move on.

And the goal? I ask. Ah, now. The big question. Your answer today is more important than anybody else’s. Because it will shape what you do next …

IMAGE: Brighid in her form as triple goddess of healing, smithcraft and fire.

We have 1988 guests and no members online