Abundance For All Who Recognize Values

Abundance For All Who Recognize Values 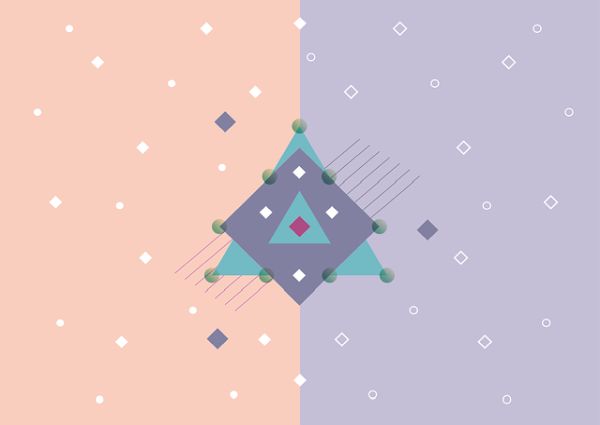 Even if it is not visible to everyone, we are within the turning point of all the systems known so far. We have talked insistently for the last 6-7 years about the changes at this end of the Earth Cycle. The Planetary Transition is moving towards its conclusion after three long Centuries. The most important definitions take place now, in this decade, notably between 2020 and 2025.

We understand that many still don't realize it, because everything is a matter of consciousness and frequency. The shifts between 3D and 5D are only visible to those who also extend their awareness to higher frequencies. A consciousness trapped in 3D will never perceive and understand something that vibrates in 5D.

So we can say that change is not for everyone, as it is a perception. It would be like being at the foot of a mountain and wanting to see the panorama on the other side. Those who climb to the top can see and describe, as well as understand what is there. Those who don't go up don't understand anything because they don't have the perception of the reality existing in that place.

Change is always an opportunity to get rid of something useless in order to add something new and better. It is the changes that promote the evolution and progress of everything. If there were no changes, everything would always remain static, that is, the same indefinitely.

The evolution of the worlds and their humanities is only possible because of constant movement. Everything turns in a spiral, from a Galaxy, a Star, a Planet and even the direction of the winds, storms, sea currents, and even the energies that sustain life. Without movement, there would be no possible life.

At this end of the Planetary Cycle, there is also a coincidence of the Ascension of the souls incarnated here. There will be great opportunities for those who are ready to develop their consciousness. It is estimated that 1/3 of humanity will be ready at the final moment of the Transition. It will be they who will inherit the New Earth.

The time is now of ABUNDANCE FOR ALL WHO RECOGNIZE VALUES. With the removal of the controllers from the World, prosperity will finally come and all who are ready at their level of cooperative consciousness will benefit from abundance.

Many understand that abundance and prosperity is only in relation to the financial. This is a mistake, for prosperity encompasses the whole. Money is just one of the requisites of abundance.

Full satisfaction in the sequence of days, whether in the professional, in relationships, in perfect health, and yes, also in finances, everything is a package of abundance. It would be useless to have a good bank balance and feel unhappy about other items.

We have said many times that the Universe is an excellent administrator of things. Cobra, but also knows how to reciprocate. He is very generous to the one who cooperates. And from now on, we will see the end of competition, as it will give way to cooperation. Those who are not aligned to the new frequencies will find it very difficult to remain on this Planet.

Quantum Systems are already in operation, and no human action will be left without observation and evaluation made by them. The QFS (Quantum Financial System) for example is already up and running and it can track the entire flow of money in circulation. As it is a Quantum System, nothing and no one can deceive you.

Two years ago I wrote a text: QUANTUM COMPUTER. It would be good to read it again to understand today's text. Just type into Google: quantum computer Vital Frosi, and the text will appear. Everything is being taken into account, even the thoughts and intentions of every human being.

It will certainly be this Quantum Computer that will organize the abundance that will come from now on. There will be no mistake; then to each according to his works. THERE WILL BE ABUNDANCE FOR ALL WHO RECOGNIZE VALUES.

Yes, this means that all those who vibrate in the good and in what is fair, that is, all who practice what we understand as ethical and moral, will also be the ones who will receive abundance. Nothing more just! On the other hand, those who take pleasure in evil, who practice injustice or benefit in their own cause, will be precisely those who will have nothing else.

Some say: but they are already rich! Don't count on it. The new Systems will change everything, including Coin Revalidation. Illicit money will not be converted, so it will no longer be worth anything. It won't even be used for toilet paper anymore. The new poor will be the ones who will be sitting on veritable mountains of money, but without any value.

For these, despair will set in. They may at some point become dangerous and will still attempt some retaliation, but it is not very likely that they will have any success, even momentary. Scammers will no longer be able to cheat. It's the end of the Illuminati! It's the end of the New World Order! The Quantum System is now up and running. Now, it's just a matter of time before everything is actually shown.

Still, not everyone can see the new reality. Consciousness trapped in the Third Dimension cannot understand the new 5D reality. This will only be visible to those who are already on the frequency forwarding to the New Earth. Therefore, discussions between 5D minds and 3D minds will be useless. Just understand that everything is in motion and the wheel will not stop until you arrive at your destination.

©2022 Vital Frosi
I'm a cultured man. I speak Portuguese, Italian, Spanish, Veneto dialect and I am studying English and French. I know a lot about History and Geography. I'm always up to date and follow everything that happens in the world. I don't like parties. A man who believes in love. Who believes that life is only worthwhile when shared. A man who claims that the woman is the reason for everything, as he is the generative source of life. It all depends on how we conduct our actions. But most of all, we need to fulfill our mission in this lifetime. Find the path of Light, which will lead us to our elevation.