Dissolving or Rewriting the Contracts Created

Dissolving or Rewriting the Contracts Created 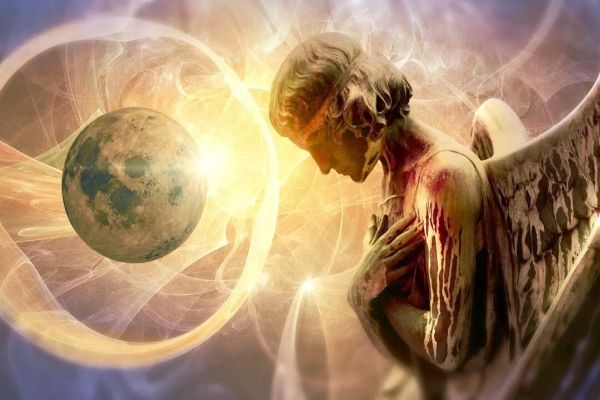 I had a session with a client recently that I felt was important to share and permission was granted.

A client came to me looking for assistance to understand why he continuously chose women that would turn on him, become controlling and even use black magic. We had met in a session before clearing the damaging energy from the fall of his last relationship, during that session, I was shown a contract that involved women and his choice of them. I wasn’t able to dig into that contract at that time.

At his next session, we dug into the contract. Looking at the contract gave me very little understanding, so I was guided to go to the akashic records. I entered the library of the Akash. The client’s book of lives was pulled and I asked to be shown when and why the contract was created.

I then viewed a lifetime where he had fallen deeply in love with a woman. It was a soulmate connection that made both of their hearts sing. Unfortunately, due to family obligations and societal pressure, he married another. This left him terribly unhappy but the true devastation came when he learned of her death. She had been sexually assaulted and murdered. He believed that his presence in her life had offered her protection and the lack of his presence left her vulnerable.

He was so distraught, full of guilt and self-hate that he essentially went mad. He removed all creature comforts from his life, sleeping on stone floors or the ground to punish himself. Eventually, he became a wanderer, removing himself from society. He felt that everywhere he went people could see his sin. His life ended when he froze to death from being exposed to the elements.

The next three lives were spent in religious servitude. He denied himself love, relationships, and anything but the bare minimum to sustain life. In one of the religious lifetimes, he even went as far as self-flagellation, whipping himself bloody.

The following lifetime was much like his current life, he chose relationships that were harmful and abusive. The women he was choosing then and now, hold the patterns of unhealed sexual and physical trauma. The deep soul fracture that the women held caused them to control, abuse, curse, and even perform negative magic on him. He continually was drawn to unhealed, fractured women because of the deep need to save them. Yet each time it backfired.

This knowledge was crucial for understanding his patterning and the contract. It explained why he still felt “like a piece of shit”.

I asked to be shown the moment the contract was created. I found myself in a room at the time when he realized his love, his heart had been brutally murdered. I watched him pace vowing dominantly that he would never forgive himself. That he would never love again and would be cursed till the end of his days. The emotional intensity and determination combined with the repeated vows created the contract.

I explained everything to the client including the fact that the women he chose were fulfilling his wishes via the contract created by him. They helped make sure that he didn’t find true love, they cursed him as he had cursed himself and provided a mirror for his self-hatred. The women having unhealed sexual/physical abuse in their backgrounds were a mirror for the abuse his original love suffered and the unhealed aspects within himself. The relationships he experienced were only fulfilling what he had decreed long ago. The intensity of the black magic used in his last relationship against him is what led him to seek help. While we can view that as awful, sometimes it takes awful things to show us what needs to be healed.

I had him visualize all his past relationships, bringing them into his awareness. I had him thank the women for their role and for providing him with the experiences that he had created. He then sent them love and peace, telling them that they are no longer bound by the contract created and that all ties with them were now cut. This action helps shift the women as well. They now no longer need to play the role of the unhealed toxic feminine. It gives them a choice and now they’re healing can begin if they choose.

I asked him if he was ready to rewrite or dissolve the contract. He said yes but I could feel the hesitation. I asked him again and this time he said “Yes, I’m beginning to feel like I deserve more, deserve love. ” As he said these words I felt his body relax.

I went back to life where the contract had been created. I worked with that aspect explaining reincarnation and the contract he was creating. I showed him the lives of celibacy, the shunning of joy, comfort, and love. I showed him the life of self-flagellation where he was physically punishing himself. Then I explained the lifetimes in which he abused himself mentally and emotionally by his choices in relationships. I then asked if he had felt that he had suffered enough, and did he feel he had paid his penance. The answer was yes and no. He didn’t feel he should continue to be punished in future lifetimes, but he was not ready to forgive himself in that lifetime. I understood, that his grief, guilt, and pain were great.

With the contract gone, my client is now left with the task of opening his heart to true possibility and loving himself completely. By doing this he will shift his reality and what/who he attracts. He now has a choice instead of reliving a script written long ago.

I share this healing session to illustrate that what is happening in our lives isn’t something being done to us, but rather showing us what needs to be seen and healed. It demonstrates that we are the ones creating so many of the issues in our lives. It is also to show the importance of loving and forgiving ourselves for all of it – the good, bad, ugly, and amazing. For you see, if he were able to love and forgive himself completely regardless of the inner feeling of being worthless, it would have dissolved the vows made, the subsequent contract, and that nasty inner voice. We do hold the power in our own lives.

It is time to set ourselves free. Sending you all so much love.

As the energies are only increasing, help your energy body by joining the weekly Aura Cleansing. Your aura will be cleared, healed, energized, and sealed every Thursday remotely. Receive Shamanic clearing of energy splats, densities, fields, and frequencies that interrupt your natural vibration and flow.  When guided you will be grounded into the body, sent healing energies and your chakras will be cleared of density ready to leave. Only $11.11 per person for a monthly subscription. Click HERE for more information.

We have 1791 guests and no members online