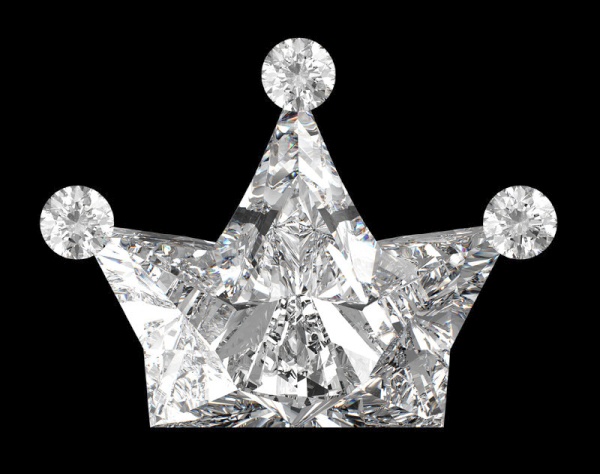 Since I first went online in 2003 I’ve been steadfastly purchasing online vector images of triangles. They’ve been so prominent and constant in my awareness and yet I didn’t immediately and fully consciously recognize what they were indicating during this Ascension Process. We’re often so preoccupied embodying and living the latest NEW higher frequency Light energies that we don’t always immediately recognize some of the colorful clues littering the ascension roadsides we’re so resolutely traveling.

As the ascension months and years unfolded I became increasingly consciously aware of what the triangles were signifying which is why I’ve been purchasing online vector triangles in all colors and patterns for so long. The triangle is a primary visual indicator and frequency of what we have been incrementally evolving into and embodying throughout Phase 1 of the Ascension Process. Now in Phase 2, Trinity (the triangle) is the NEW normal energetic frequency and consciousness reality structure template code that mass humanity must now evolve or ascend into themselves.

When I was a young child I used to draw people in only one way. I did this for years and my drawings looked ridiculous and infantile and I knew it at the time but that didn’t matter to me —that was the only way I drew people for a few years. Here’s an example of how I drew people when I was a kid.

From age six until about ten the only way I drew people was exactly like this. There was never any deviation, additions or adornments. In my world my people were triangular Trinity people with hair that always looked like this. Weird I know but now take a look at this image of ancient Egyptian goddess Hathor.

Aah yes, there’s some of my ancient and much-loved triangular relatives, the Hathors. There are others besides the Hathors with triangular Trinity shapes to their heads and bodies. We Volunteers and Starseeds have huge galactic, multi-galactic, and multidimensional family from our numerous different higher frequency Homes.

You know that heavenly sound and feeling of mountain wind blowing through the tops of pine trees at higher elevations? It’s a beautiful sound, feeling and vibration that goes right into your heart and often gives you a sense of homesickness, of deep longing for some place that feels more like your true HOME than what was pre-ascension physical Earth. If you’ve ever heard and been emotionally affected by the sound, feel and energy of the wind blowing through the tops of mountain pine trees, then hold that memory and emotional sensation as you read this next section.

I want you to view inside your brain and visualize the main three Trinity brain glands. The Pineal, what in the old lower frequency energies was connected to the Crown chakra, the Pituitary and what was the Brow or Third Eye chakra, and the Hypothalamus gland which works with the other two.

Instead of visualizing each of them as little fleshy endocrine glands, I want you to know that they’ve been completely Rewired throughout Phase 1 of the Ascension Process into tremendously more complex crystal points that are in Phase 2 an elevated, ascended functioning NEW trio of receiver transmitters of NEW Trinity Triality frequencies in your brain and head. I want you to perceive them as unified clear quartz crystal points somewhat like this photo.

Next I want you to hear, feel, See and perceive the continuous incoming cosmic, photonic, galactic center transmissions, energies being transmitted through the Sun, and from higher dimensions like higher elevation winds blowing constantly. Instead of these cosmic, galactic, photonic, solar winds, waves and pulsations blowing through pine treetops on mountains, I want you to know that they have been and continue to “blow” into the three Trinity crystal “trees” within your Rewired physical head, unified brain hemispheres and brain glands. These actions automatically causes them to vibrate higher and produce beautiful sounds, tones and frequencies much like the wind blowing through mountain pine treetops. We now have individual ‘Music of the Spheres’  type thing happening in our heads, brains and endocrine brain glands which further sings, vibrates into our HighHearts causing it to further expand and automatically transmit those frequencies. And that automatically causes everything around us including humanity to be affected and rapidly evolved by what we are now capable of individually receiving and transmitting from our heads, brains and HighHearts and more.

We have Phase 2 level cosmic, galactic, photonic, solar and more energies, winds, waves and pulsations “blowing” into our Phase 1 Rewired heads, brains and brain glands that’s now causing each of them individually but more importantly all three of them—Trinity—to “sing” together in NEW connected, unified ways that were literally not possible energetically or physically before. Cosmic, galactic, photonic and solar winds are blowing into and through Volunteers’ Rewired trio Trinity crystal brain glands which is causing radiant tones, vibrations, ringing, buzzing, humming, high pitched singing sounds that have never been able to be embodied then transmitted in physical human bodies and brains before. Very well done Volunteers! I know it’s been physically painful getting to this point but we’ve done it and we’re receiving and transmitting the NEW Triality energies constantly now in Phase 2.  September 2020 put more “finishing touches” on this lengthy Rewiring Process both in our heads and brains and in our whole bodies too. This is another reason why many of us—female and male—have been having some old ascension symptoms return this year such as hot flashes, sudden vertigo, sudden intense heart pounding with accompanying pains and pressures in the entire front and back HighHeart areas, stiffness and soreness in those front and back spine and shoulder HighHeart areas, hot bottoms of the feet, more eye pains, greater eye sensitivity to both man-made light and organic higher Light, and more vision changes and visual distortions and anomalies etc. due to the brain gland trio Trinity changes and greater Separation of Worlds & Timelines.

Our heads and NEW Trinity Triality crystalline brain trio glands are making beautiful sounds and vibrations because the cosmic winds are constantly blowing through them now and that causes further evolutionary changes inside our heads, brains, Rewired endocrine system, DNA, hearts, HighHearts, skeletal structure, eyes, organs, CNS and all else. And then we transmit what we’ve received and embodied ourselves outward which automatically causes greater and faster changes in external reality and humanity and so on.

What’s been happening increasingly during Phase 2 2020 so far was as I mentioned above, impressively stepped-up in September 2020, and obviously for three days before the September equinox and three days after it. It’s because of this that so many of us have felt like very NEW mack trucks were sent by Source to roll over us and quickly push us to the next higher level of our embodiment and/or Embodiment Processes. I’m still embodying and acclimating this latest round because it’s been rather physically painful in its intensity. The winds have been constantly blowing into and through my head and three Trinity crystal brain gland “trees” for months making beautiful Triality sounds, tones and vibrations that automatically travel into my Crystal Lotus Diamond Sun HighHeart where the Process continues producing more, greater and higher still NEW sounds, tones, vibrations, radiations and transmissions. We receive, we embody, then we transmit it all into NEW Earth for NEW humanity to step into. The more we do this the faster the dismantling and worldwide chaos grows in the dying old patriarchal world and people because higher and lower cannot co-exist in the same space. Never forget this natural and automatic embodiment fact Embodiers.

If you read the HighHeartLife comments you’ve recently read some readers sharing their dreams, visions and Higher Awareness’s of late. One of them mentioned she observed all lower vibrating things being quickly burned away in the higher Light. Another reader shared what she called a ‘mine sweeper’ sort of situation with these higher Light energies and what they’re doing to lower frequency things, beings, people and so on. I’ve often thought of this like it’s been depicted in classic vampire movies over the decades. The vampire(s) unintentionally comes into direct contact with organic Light which instantly causes their inorganic bodies to burn and turn to dust. Yes, higher and lower cannot co-exist in the same space and so there’s increasing burning away, leaving, dying and separating due to the Separation of Worlds. The Phase 2 2020 and beyond Divine Cease & Desist Order is for every single person alive now. And whatever it is that each of us must now Cease & Desist is and has been promptly unfolding all year. It will continue the rest of 2020 and all of 2021 so do it now or do it later but know that you will do it, whatever it is that you and I and all of us absolutely must do now to vibrationally match the Phase 2 Separation shifts.

We have 1671 guests and no members online