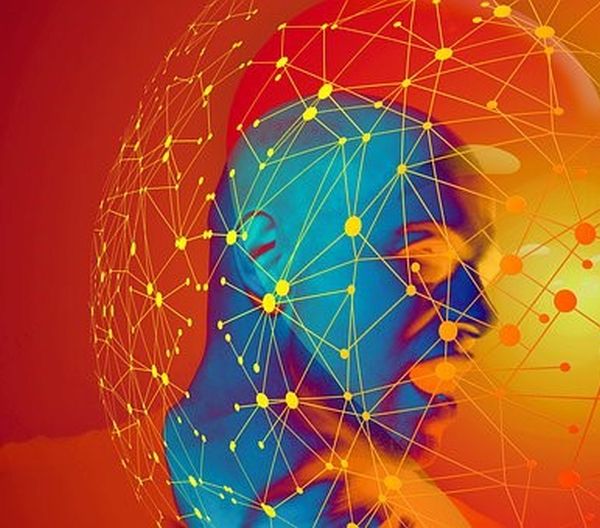 If you find yourself suddenly exploding in rage these days, know that you’re not alone. In fact, you’re likely right on track in your Ascension process. Given what has been occurring in the world – and will likely continue for a long while — rage can be very appropriate.

Yet, if you are a conscientious lightworker who has been attempting to keep as positive and loving as possible, accepting a feeling of rage within you might be difficult. You know that staying optimistic and peaceful is always helpful in keeping balanced and positive as you go through life.

However, it’s important to remember that censoring negative emotions that arise within you does not serve in keeping you balanced and positive. At some point, the emotions are bound to well up and take over – maybe even causing you physical illness. It’s therefore important to learn how to experience and express them in a constructive way, allowing the energy to flow through you and release.

But is Rage Spiritual?

So you might think, “Well, maybe. But rage just feels so unspiritual.”

Remember Jesus outside the temple, overturning the money-changers’ tables? This was clearly rage he was experiencing. He had had enough.

Now I’m not saying you should go around “overturning” people’s “tables”, nor do I think you likely have the same inner guidance that Jesus had. And to be clear, I’m not talking about staying in the rage or wreaking havoc all around you.

It’s about allowing yourself to feel and express rage, without making it wrong. These times we’re now in do warrant rage — maybe even more so than the times Jesus lived in.

Indeed, rage seems totally appropriate. If you’re like most people, you’ve been realizing that you’ve been tricked, lied to, manipulated and controlled. You’ve been enduring grief due to heart-breaking divisions with loved ones and old friends. You’ve experienced and/or known people who have been very ill and may have even died. You’ve put up with insane mandates that have had nothing to do with real science.

Then, aside from the grief you’ve experienced in your own personal life, you are likely an empath, and have therefore also had to live with experiencing the pain of all others living around you. You walk around like a sensitive antenna, constantly receiving a live feed from humanity’s suffering. It’s no wonder if rage wells up inside you, along with an immense and overwhelming sense of grief.

In fact, if you’re not experiencing rage from time to time about all of this, it may be something to be concerned about.

Other Energies Up for Releasing

In addition to this, you likely have other reasons for experiencing rage. Because Ascension is happening ever more rapidly within you, you are probably also experiencing the emergence of all issues that have never been resolved in your life – and not only from this lifetime, but from past lifetimes, as well. This “3D debris” cannot go with you to the Fifth Dimension.

And, if you’re like most lightworkers, all family-line karma you took on this time is probably also arising within you to be seen, dealt with, and released. Most of us have taken on the unresolved suffering of our ancestors to release during these times; and it is actually possible to sense these ancestors around you, weighing energetically on you, as they await their own freedom through you.

Who You Are is Changing Rapidly

So, with all this, you may acknowledge feeling overwhelm, despair, depression and anxiety at times. But rage? You may still think, “This isn’t me! I don’t ever usually feel rage. I don’t know what’s happening to me. I focus on harmony, peace, love and understanding. I try to stay positive.”

Well, this “positive one” may have been “you” for a long time; you’ve probably attempted to respond to grief and calamity through this positive lens your whole life. Perhaps this is how you were programmed to respond by authority figures in your earlier years, and maybe by spiritual teachers later on.

But guess what. If you’re experiencing rage during these times, this is the new you. In fact, it is likely an even deeper, more real you – a part of yourself holding an even higher consciousness that is now showing up within you.

At the same time that you are ascending more and more into your Higher Self, this Self is also now descending into your physical form. You are merging with your Higher Self in both these ways. And this higher aspect of yourself may now be doing its best to express itself through you – even through expressing rage.

It might be necessary for you to let go of old spiritual ideas about what is “spiritual” and what is not. Remember, many spiritual teachings have been infiltrated over the centuries by dark powers behind the scenes, focused on making us weaker and more compliant. Unfortunately, this includes many of the new age teachings over the past 60 years. Anger and rage have especially been deemed to be “negative” emotions. Of course, they can certainly be used in negative ways. But all emotions occur within us as humans because they have an important place in our expression.

It can therefore be wise to allow this new You that is emerging to express itself through rage, if this is what arises. Expressing rage can assist you in releasing the dark energies you are experiencing — both your own and those of others you have been absorbing.

One Caveat – It’s Important How You Express It

There is one caveat, however, in this whole discussion of rage – and that is it is very important to decide how you will express it. It can be devastating to others if you express it directly at them, along with blame and explosions of hatred.

This is not to say that you might not have good reason to be angry with another person. It’s just a matter of seeing clearly if a person really is to blame for your suffering. Usually, what they’re doing or saying is just an expression of their own distress; they are going through their own challenges and feeling of overwhelm.

And aside from this, if you let out your rage on someone, there are bound to be repercussions you’ll have to deal with. They’ll either rage back at you or do something else you’ll suffer from. And, you’ll have to eventually realize that no one else is responsible for your emotions, anyway; you are. You’re the one who needs to manage the expression of them.

The Difference between an Emotion and the Expression of It

It’s helpful to understand that there is a difference between the emotion of rage – and the expression of it. Rage as an emotion can actually be healthy. It gives you energy — there is a great aliveness and sense of power in it. As an emotion, it actually vibrates at a higher frequency than certain other emotions, such as fear, depression or helplessness.

But if not expressed safely, rage can be extremely hurtful. You need to find a way to expel it in  ways that avoid harm – such as expressing it when you’re alone. You can usually express it safely if you just scream and bang on furniture or the wall, or perhaps the steering wheel in your car. It just needs to be expelled thoroughly – maybe along with some hot tears – and then let go of. As you sense the releasing of the uncomfortable energies pushing through you and out, it can actually be a rather brief, as well as a cleansing, experience.

If you think about it, your rage is probably best aimed at the Deep State players who are responsible for all the craziness occurring on the planet, including the even darker forces hidden behind them. There may not be much you can do about any of it – except to say No when you can and stay in your integrity — but at least your rage is correctly directed.

Do remember, however, that, as difficult as it may be to see how the dark forces are losing power now, they actually are. They are running out of time; beings on their level of frequency cannot go with the Earth into the Fifth Dimension, and they are fighting tooth and nail at this point. But they are losing.

It’s just a matter of time. And if we can all now rise up to the full extent of our power as light-warriors — even if it’s just on the level of Consciousness — we can cause the darkness to recede more and more quickly and reach the Fifth Dimension all the sooner.

It will, of course, still take some time. Before this can occur, we will likely see in this coming year even more collapse, disruption and greater disintegration in society. Be prepared for this; know it is necessary. The old corrupt structures and systems cannot go with us.

Meanwhile, do your best to stay focused on your immediate reality and not get caught too much in all the ongoing discussions or speculations about what’s going on in places far away from you. There’s no way to know for sure what is actually happening. But in your own immediate environment, you have a lot of power to keep life sane.

Stay as positive as you can – but also use the power in your rage when appropriate to create change where it’s needed.

About Vidya
As an author, energy healer, and licensed transpersonal psychotherapist, Vidya has had a passion for exploring the phenomenon called the spiritual journey for over forty-five years.  Along with experiencing her own journey, she has also closely studied it, as well as those of her friends, colleagues, clients, and students. Serving as a unique bridge between the worlds of psychology and spiritual awakening, Vidya acts as a “wayshower” to a wide spectrum of people internationally: from those who are just beginning their spiritual search to those who have experienced profound awakening.
Source Here