Upgrades!!! Shifting- Before- During And After December 21st
A+ A A- 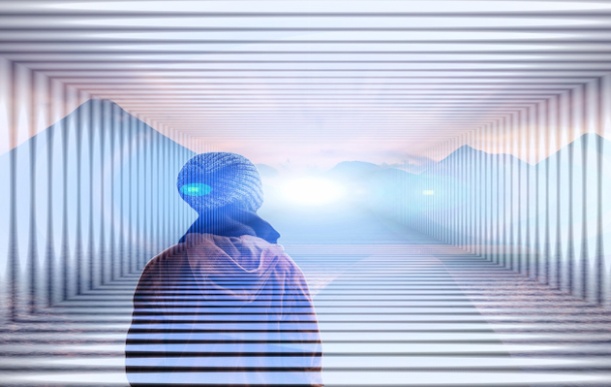 There is an enormous purge taking place on our planet. For the past 350,000 years, there has been an artificial field around earth created by advanced ET races to deflect the light from the Great Central Sun so it does not reach our surface. This field is known as “The Inverse Matrix (666)” has now been fully dismantled allowing us to receive the Galactic energies needed to accelerate the process of ascension on planet Earth.

As of last week, we have been ramping up for the massive surge of energy heading towards our planet that will begin on 11/11 and will peak on 11/18. Old 3D paradigms are dissolving. This is the rebirth of a New Era. We are currently anchoring in the 2020 energies which are all about clear sight. As they say, hindsight is 2020. This means that we are at a point in our evolution where we can review our history and decide what worked for us so far and what practices we need to change in order to co-create a future that is based on equality, justice peace and harmony. Our very survival as a species depends on how well we allow ourselves to transition through this shift. We are receiving high-frequency light codes from the Pleiades star system that are helping to anchor a unified field of Love that will assist in the dismantling of old fear-based paradigms and pave the road for humanity to reunite as a single tribe.

This may be a stressful time for many as we are approaching the full moon in Scorpio/Taurus on November 12. Many will be feeling insomnia, anxiety and feeling drained of energy in these times. In addition to the galactic energies being received from the Great Central Sun, there is a negative agenda being played out by the World Management Team (Dark Forces and Cabal) who are attempting to disrupt this transition. Our news channels are swamped with fear-based agenda that is intended to keep us distracted. It is highly recommended that we switch off mainstream television and begin to tune inwards into the frequency of our hearts. Do not engage in negativity and simply choose to opt-out of this system of slavery and fear. No one has the power to stop you once you realize that your power lies within you. This shift is taking place within each and every one of us. It is not outside. It is within us.

We are currently being tested by our higher selves to determine how much of our ego lessons we have mastered. You may have noticed over the past two to three weeks that there are an unusual amount of people "Acting Out" with flared up egos, uneasiness, and restlessness. It’s like we are under a pressure cooker and are facing some of the most difficult challenges we have ever faced. This is a reminder for us to identify and release all of our old programmings and release karmic loops. We can do this by choosing not to react negatively when challenged by others Egos. There is a fine line between maintaining your self boundaries over self-defense and engaging in negativity. Never allow anyone to trespass your sacred space or to disturb your peace. But also remember to immediately disengage from negativity and not participate in these ego games. By detaching from negativity and anchoring more and more peace into our lives we are all contributing by anchoring the frequency of peace into the energy grids of Gaya.

We will be seeing a global financial reset taking place within the next two years. Most of the world banks are currently bankrupt. Once banks are insolvent, any funds held in your savings accounts, as well as bonds, treasuries as well as most stocks, will be worthless. It is highly advisable to diversify you savings into tangible assets like Land and precious metals. Crypto technologies have been introduced into our economies by Galactics to help create a new system called the Quantum Financial System. This system will ensure that no single authority has monopolistic control of our economy and that all financial resources are distributed fairly and equally.

The magnetic poles of Earth are currently shifting. Over the past decade, the magnetic north has shifted its position from Canada towards Siberia. These planetary changes and natural disasters are being orchestrated by the Galactics to wake us up and grab our attention so that we can unify our efforts to "Save The Planet". The lightworkers of Earth have a seed implanted in their subconscious mind and are smiling because they are aware of the plot. Mother Earth does not need "saving". In fact, she is stronger than we can imagine. If she wants she could wipe humanity off the face of the planet within the blink of an eye. She is patiently and lovingly participating in this exercise to facilitate the transition of humanity into the paradigm of Unity Consciousness. Gaya herself has already transitioned into the Fifth Dimensional realm of consciousness and the Forest fires, hurricanes, earthquakes, and tsunamis we are experiencing are carefully engineered events that help cleans massive astral fields of negative energy that have built up over the atmosphere over centuries. In 2022 natural disasters and unrest among the population will be at an All-Time High forcing humanity to wake up on a massive scale. Gaia is holding space for humanity so that this transition will be as gentle as possible and to allow for the maximum amount of souls to transition into 5D reality.

UFO sightings are at an all-time high. There are fleets of ships surrounding our planets. These are mostly comprised of benevolent ET beings from distant star systems who wish to assist humanity in this historic transition. They are also here to ensure that the ones who have a negative agenda to control humanity are not allowed to start a full-scale Nuclear War. A Global war will not be allowed under any circumstance because the majority of the population has subconsciously agreed to awaken and unify in peace and harmony. My current intel suggests that we are also being prepared for first contact. We expect first contact with ET civilizations to take place sometime around the year 2027 and 2028. This does not mean that ships will suddenly begin to land from the sky. It will be a very gradual process where the first step will be the introduction of Hybrid Children (Human/Alien DNA) into our population. These children will be born with superhuman powers and will help raise the frequency of the planet to help anchor the frequencies for the preparation of the Grand portal of 2032.

There will be private ET encounters with select individuals who will meet ET's face to face. The first ETs to greet us will probably be the ones who closely resemble humans so as not to shock us into fear. Eventually, there will be a full-scale introduction of all the advanced races that wish to meet with us and they will be officially introducing themselves to the public. There will be a gradual exchange of ideas and technologies that will assist us in reversing much of the damage we have caused to the planet as well as technologies to assist in alleviating our health concerns and poverty. There will be Zero-point energy technologies available that will allow us to produce clean and sustainable energy as well as replicator technologies that will be used to convert energy into food, clothing and building materials. Within our lifetimes we will see the eradication of hunger and poverty.

There are approximately 4.5 Billion Starseeds on Earth (Some currently unawakened) who are assisting to anchor and manifest 5D timelines. The year 2020 will be accompanied by the energies of Pluto and Jupiter conjunct which will cause great chaos on this planet as old systems need to be destroyed to make way for the new. This energy will intensify throughout the year and culminate towards the end of 2020 as a Grand Solar Flash which will change our existence as we know it. By the year 2032 is when humanity will fully anchor in the fifth dimensional level of consciousness and will be ushering a New Age of unprecedented peace accompanied by Spiritual and Technological progress.

Wishing you lots of love through these tumultuous yet exciting times!