Lightwave Update
A+ A A- 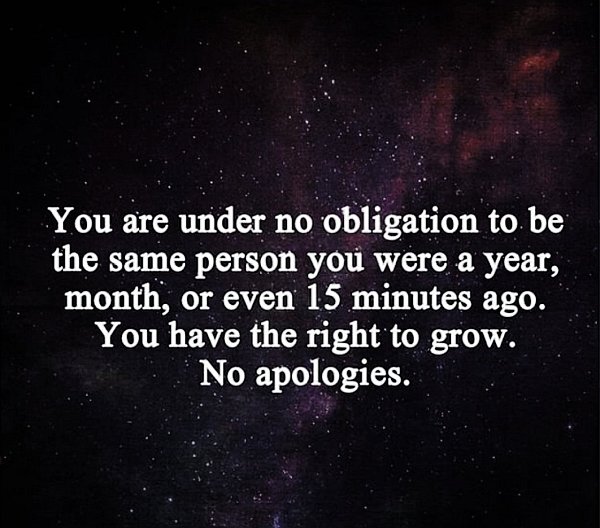 A key event in Gaia’s cosmic calendar of ascension, July’s blood moon and lunar eclipse marked the crest of a great tidal wave of light. Gaia is raising the vibrations of planet earth to tune up to higher dimensional realms. Realms where hate, greed and fear cannot operate. Like tuning a radio to another station, Gaia, the goddess soul embodying planet earth, has chosen to shake off the parasites. Only able to exist in third and fourth dimensional frequencies, their comittment to chaos and destruction means they have no interest in cleansing their karma to raise their vibrations. Instead they choose lower realms where they can exorcise their desire for darker destinies. Light workers, volunteers, warriors of light and of Gaia, recognising and accepting the darker choices of others is key to conservation of our energy at this time. Self care is awakening, understanding when we are being used and when we are being nourished. Exchange is the currency of higher realms.

The quantum universe exists on a frequency spectrum, encompassing all planets, galaxies and solar systems. Multiple timelines, primary points of truth, portals and gateways are all possible and plausible within the quantum multi verse. Part of raising our vibrations is moving beyond seeing in a linear context, for nothing is linear. Cause and effect exist in spirals, layers like an onion form, energies become karma. We experience all we need to experience over as many lifetimes as we choose. The mathematics of the multi verse are complex, 12 dimensions and beyond. The fifth dimension can and does operate within the material plane and this is how Gaia is doing it. She is aiming for the fifth thereby keeping those people who ascend with her in the familiar safety and security of their organic body and physical surroundings. Awakened, enlightened souls will rebuild 5d Gaia restoring balance and harmony.

Tidal waves of light transcend our dimensional realm, triggering cosmic intervention to assist Gaia’s ascension. There are individuals who will make such profound use of these tidal waves of light, they will transcend the fifth. They will relinquish their bodies and quantum leap to higher states of being. There are lightworkers, starseed and indigo who inhabit the physical to enable them to interact with this realm. Their mission to be present and grounded in the human experience, whilst bringing their higher internal frequencies to the ascension process. Awake, aware, consciously expanding, clearing and aligning their energetic systems, these volunteers play a key role in raising the frequencies from ground zero, from the frontline. The lightbody is attainable on the material plane, as many light workers will confirm. Already inhabiting their lightbody many are preoccupied with working out how to stay grounded to Gaia, mindful in our human existence, whilst simultaneously floating in the fifth dimension.

Sleepers, hamsters stuck in their karmic wheel of oppression and slavery awaken themselves, all choose their own path now. Those who stopped soul growth so long ago they have forgotten anything beyond the basic demands of existence in the holographic matrix. Their world view is limited, their minds programmed with fear, their energies hardened, rotting with matrix toxins, corrupted, malfunctioning, their existence trance like and locked down. Some may awaken, many will not. They may be unwilling, their soul finding comfort in the captive state. They may enjoy the demonic parasites they feed with matrix highs. They may seek to assimilate fully with the predators that have ensnared them. Some souls are so trodden down, so stupored by hundreds of lifetimes stuck in the hamster wheel of anunaki controlled third and fourth realm existence, they will need lifetimes of rest, to recover their sense of self.

We are not here as volunteers to influence the whole of humanity, to awaken billions of souls. We are here as volunteers to raise the vibratory fields on Gaia from the surface. Our allies operate in the skies, whilst great beautiful beings deep in earth’s oceans pump up the vibratory volume from the depths. We play our part on the surface. Each soul has their free will. Recognising and accepting the life choices of others is a huge part of this Lunar Eclipse Lightwave. We are seeking to tip the balance, to raise the frequencies just enough that Gaia can successfully remove herself from the third and fourth dimension, with the material plane intact. Those who have love, compassion and peace running through their veins, will be part of the transition. Those who hold hate and greed in their hearts, who seek to use and manipulate, committed to their own guilty pleasures being met, will not raise their frequencies. This is their choice, volunteers will learn to accept this is the right of all sovereign beings.

It is time to reassess where we direct our energy, why we give and how much we give. Be cooler karmically healers, don’t be afraid to say no if a person’s energy sparks concern in yours. Said client may take more than you are willing to give. Protecting ourselves is important. The whims of selfish people looking for quick fixes, lazy solutions to profound evolutionary spiritual processes, can and will drain us. Awakening is an active process, we engage in our healing, we make it happen. Be available for those who resonate, trust instincts at all times, our energy never lies. Volunteers tune up your energy antennae for the coming months, there are many fake people seeking to dilute the higher vibrations with troll behaviour, parasitic draining and toxic vibrations. Wear and use Labradorite for protection from psychic attacks. Keep Selenite or Citrine close by for continual cleansing of crystals and your energy field.

The game is stepping up people. Every ounce of energy we expend counts. Stay in gratitude, be mindful and celebrate your life. Matrix programming of family is a powerful mind control algorithm, keeping many locked into parasitic relationships for the sake of familial expectation, conformity, cultural or religious pressures. Break away calmly and safely if you can. Seek to separate from or avoid negative people. Don’t be afraid to stand up for your self, draw quiet, firm lines of self respect, boundaries of love. Avoid creating more drama as this will feed them, and ultimately is what they seek. It’s a tricky business disentangling from the tentacles of narcissists, psychopaths, predators and parasites. By listening to energy, remaining calm, using mantras and meditation, staying protected, we can avoid lowering our vibration in their presence. This is important in the coming months as Gaia has reached a tipping point of high frequencies that needs to be stabilised, embedded into the atmosphere.

Lightbody activation is occurring across Gaia. Release ancestral karma that holds you back, childhood trauma that impairs your judgement. Let go of all manufactured ways to lower our vibrations. We are pooling our resources now, trying to throw as much light, love and peace into Gaia’s atmosphere as we can. The tipping point to fifth dimensional realms of light and love is here, we ride the crest of vast tidal lightwaves. We seek to upgrade our cellular systems, to enable us to handle higher frequencies of fifth dimension vibratory fields on the material plane. We seek to activate and inhabit our lightbody. Those who have done the karmic work, who are facing their demons, owning their pain, learning to love themselves authentically, are aligning in higher vibratory fields of light.

This is not a tug of war for humanities future, don’t get caught up in the push and pull, stay centred in your own light and all will fall into place around you. Duality is a third and fourth dimension construct, the fifth is mercurial, a myriad of possibilities, chances and opportunities. Each makes their choice now. The universe will align. There are safety nets to catch us, protection around us at all times. With our third eye open and fully functioning, receiving wisdom from our guides and higher self we resonate with truth, the energies of people not their false smiles, false words or fake lives. Be real. Be yourself, be protected and be kind and be prepared to pull the drawbridge up on some relationships, to accept sovereign choice. Those awake recognise it is no longer about waking up, it is now about maintaining high frequencies in gratitude, peace and love. Peace is possible beautiful people.

We have 1185 guests and no members online