Sirian/Lyran Message: Live Into Your Personal Truth This 8/8 Lion's Gate 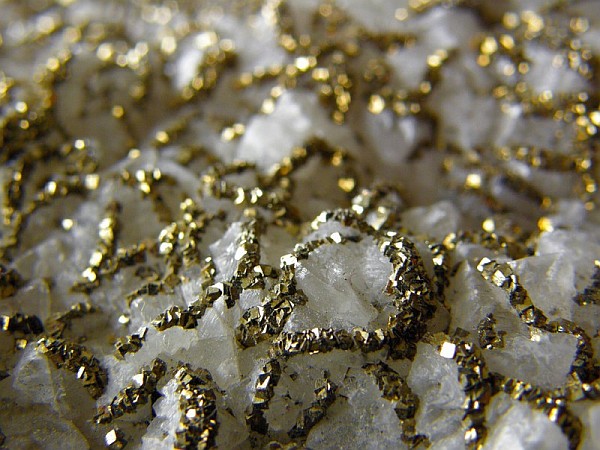 We’ve been so beaten about the head and shoulders this year that at times it’s been difficult to tell what all was causing what in our heads, and hearts, to hurt so severely. Has it been the media? The pandemic? Politics? Systems collapse? The unaware mentally manipulated human populations? After all, the real war really is over human consciousness. At lower levels this is the negative Aquarian Age method of controlling unaware humans. Is it lastminute Team Dark leftovers doing their best to harm we of the Light before we fully Separate and become vibrationally unreachable by negative beings, humans, energies and influences? It’s all that and much more as usual.

During the decade of the 2000s I wrote multiple articles about the Volunteers living the Phase 1 levels of the Body Rewiring and Brain Rewiring. The Volunteers began these first as we have all the Ascension Processes. We embody them in ourselves first thereby making them physically and energetically available within the physical dimension for the rest of humanity. As I’ve said a few times — Source throws out the “balls” (the NEW evolutionary codes, Lights, energies, waves, pulsations, DNA etc.) but there has to be a certain number of Volunteers physically incarnate and positioned in “outfield” (physical Earth) to “catch” (embody) all of the “balls” (NEW energies, energetic templates, codes, Light) and seed, set, anchor and manifest them into physical level frequencies, Earth, reality and our human bodies for future humanity. The Volunteers are those rare few “specialists” now incarnate in the physical dimension Earth “outfield” positions catching every evolutionary “ball” that Source, the cosmos, the Milky Way Galactic Center, and Galactic Others throw out to assist the entire Ascension Process here, there, everywhere. We are and always have been the physical level ascension energetic overwriters overriding everything on and in Earth and the old pre-ascension human species energy templates that became very distorted long ago. The Body and Brain Rewiring Processes were a huge aspect of that throughout Phase 1 of the Ascension Process.

With the start of Phase 2 of the Ascension Process January 1, 2020, the Volunteers have continued the Body & Brain Rewiring Process but at these incredibly higher, faster, more intense and complex Phase 2 levels and frequencies. This is why some Volunteers began hearing different inner ear ringing, screeching, single tones, multiple tones, high, higher, and then even higher pitched inner ear head sounds and other NEW sounds since January 2020. This has grown all year and now, 11 months into 2020, more Volunteers are hearing more NEW higher frequency inner ear, inner head, inner perceptual cosmic sounds, sound waves, sound pulsations, different tones, 7D celestial music, crystalline tinkling bell sounds, beautiful nonphysical 7D birdsong night and day, higher cosmic, galactic, photonic and solar waves and pulsations, single tones and now bi-tones and tri-tones. Earth, the Sun and solar system has orbited much deeper into the 7D Photon Band of cosmic Light and Sound since the start of Phase 2 in January 2020 and we’re hearing, feeling and seeing it.

Earth’s full and continuous orbit within a 7D Photon band of cosmic Light and Sound was reached in 2013, right after the final end of the Mayan calendar and Living Life Review of December 21, 22, 23, 2012. It started years before but by the start of 2013, Earth has been within 7D Photon band of Light and Sound continuously and orbiting deeper and deeper into it the entire time.

The Sun entered the Photon band in 1999. I believe this is why the first of the First Wave of Volunteers were Soul Contracted and energetically pre-coded to physically and biologically begin their individual Ascension Processes in 1998–1999 along with the Sun’s entrance into the cosmic 7D Photon band of Light and Sound at the same time. These two events are intimately and directly connected and literally Work on, in and through each other and have done so physically since 1999. This is another reason why the First Wave Volunteers especially have always had such a direct connection with the Sun and what it’s been going through since it physically entered the Photon Band.

“…It looks like the solar system will be fully inside the Band when Earth enters the Age of Aquarius around 2160 A.D.”

From New Year’s Day 2020, I abruptly began hearing a different inner ear sound of random bi-tones. One tone is slightly higher, the other slightly lower and they constantly and randomly play in my inner hearing in no set pattern that I can discern. Over the first few months of 2020 I realized that these particular NEW higher frequency bi-tones are more NEW higher Light Sound vibrational codes transmitted to us from 7D, the seventh dimension which is Photonic and one of many 7D frequency Photon bands of Light and Sound.

With the start of October 2020, there were many more NEW higher frequency codes coming in that were unusually intense and extremely painful for some Volunteers and their heads, brain and trio brain glands the whole month. I wrote about this in a previous article so won’t get into it again here. I will say that throughout October and into November 2020, there have been substantial evolutionary changes and expansions that have taken place in many Volunteers’ heads, brains and the trio Pineal, Pituitary and Hypothalamus brain glands.

During Phase 1 of the Ascension Process I heard only one inner ear(s) and head sound at a time. First it was that high-pitched electronic-like sound sort of like Morse Code clicking. If you’ve ever heard hummingbirds make those very fast clicking sounds they and dolphins make, it was very much like that. The other common inner ear and head sound I heard often in Phase 1 was that high-pitched ringing, screeching, squealing sound that, over the years were heard in one ear, then the other, then both then throughout it and extending well above and all around your entire physical head. Also, the last few years of Phase 1—January 1999–December 2019—that high-pitched ringing continually went higher and higher.

With the entrance into Phase 2 of the Ascension Process in January 2020, I started hearing these cosmic bi-tones nearly all year. Whenever the Sun transmits I hear the very high-pitched ringing, squealing solar sounds along with the cosmic bi-tones sounds. In Phase 2 it’s multiple different higher frequency solar, comic, stellar, and Photonic Light and Sound tones, waves, pulsations sounds more of us are hearing.

It’s become obvious this year that the more the Volunteers inner brain trio gland “antenna” are upgraded, the more and higher sounds and tones we’re hearing. This is why I mentioned the 7D Photon band of cosmic Light and Sound and how we and Earth, the Sun and our entire solar system has been physically orbiting deeper and deeper into it for many years.

In October 2020 while experiencing severe monthlong head, brain and trio brain gland compressed evolution, I clairvoyantly Saw a microscopic image of what the Pineal, Pituitary and Hypothalamus glands themselves, their chemical and energetic compositions, and some of our DNA have been rapidly evolving into. The photo here is of physical pyrite crystals and I chose it because it’s the closest to what I Saw. It’s not exact of course just the closest please understand. Photos of what I Saw and what I continue Seeing and perceiving do not exist.

What I Saw was microscopic and showed how many Volunteers trio brain glands have been evolved into glands of Light that now contain NEW Triality Crystalline and Diamond Light codes, energy patterns, matching frequency chemicals, physical and etheric energy tissues and more NEW DNA. I also perceived that many of these 2020 ascension evolutionary DNA changes and embodied codes etc. are what some people would call extraterrestrial. I call them more of our original Divine organic being, DNA, nature, consciousness and abilities returning first to, in and through the Volunteers in Phase 2 and then made available for humans capable of evolving into them.

Throughout Phase 1 of the Ascension Process the Volunteers trio brain glands have been evolving in energetic stair-step fashion from dense physical carbon-based glands with the energy codes, templates, blueprints etc. that were normal for that old lower level and cycle of being, consciousness and reality. Incrementally however they’ve been embodying via the Body and Brain Rewiring processes, higher and higher Light energies until they could safely embody NEW Light-based Triality Crystalline and Diamond and other higher NEW codes into their trio brain glands. (I’m focusing here on the trio of brain glands but this process has been happening throughout our heads and bodies too of course.)

The start of Phase 2 of the Ascension Process January 1, 2020 in tandem with the physical level global altering shift the Saturn Pluto Capricorn conjunction of 1-12-2020 produced that day, has dramatically evolved and shifted many Volunteers and external reality. And as I continue writing this article today, November 12, 2020, some Volunteers have been living the intense personal process of crossing the ‘Golden Bridge of Light’ because they long ago chose to ‘undergo the Flight of the Phoenix’ to use Celia Fenn’s channeled terms, during the October 31st through November 11, 2020 greater living/dying/leaving/entering period.

If you’ve been living this as I have then you know what all and who all you’ve released all year but even more so over the past few weeks. It has not been easy and each Volunteer who has been living the ‘Flight of the Phoenix’ is acutely aware of what’s been required to make this particular Shift and Embodiment Process change. It is profoundly personal and only you, You and YOU and Source, Divine Mother and Divine Father have been involved in this particular process. Honestly, it feels to me at this moment (I may perceive it differently later) like the next immediate step after the profound December 21, 22, 23 2012 Living Life Review. It feels like I, like we went through the three daylong December Solstice 2012 Living Life Review then had to live these really difficult eight years to finally reach this October, November and December 2020 Volunteer ‘Flight of the Phoenix’ Living Dying Separation Shift Process. Again, if you’ve been living it too then you know how intensely personal it has been and continues to be. There are no words. There is only Higher Knowing and higher HighHeartLife.