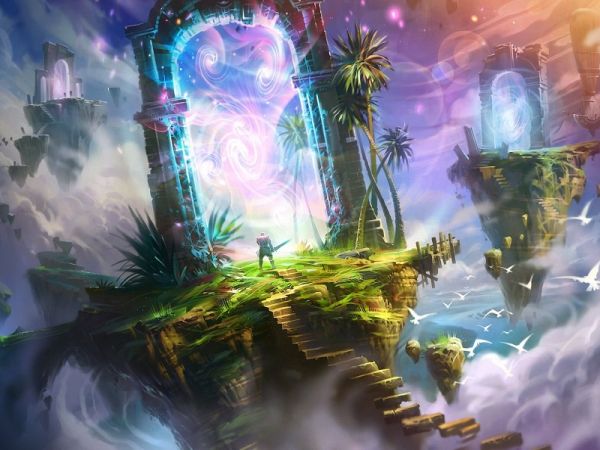 As we move into alignment with the galactic center in December, we experience a series of zero point activations.

The Sun aligns with GC during the annual 12:12 – 12:21 cosmic corridor, direct on December 18-21. Mercury travels GC on December 4-6 and Venus on December 7-10. Every year the solar system receives an infusion of divine Light Consciousness streaming from the galactic zero-point field while the stargate is open until the Solstice on December 21.

When the Sun conjuncts the spiraling black hole vortex at 26° Sagittarius, it is forging a direct pathway to galactic center radiance. This is a momentous time in the cosmos! During this powerful alignment, the galactic wave pulse at zero-point increases magnification in the field.

Recognized as a powerful potential energy source, the galactic zero point field operates as a Universal Mind that influences how matter is formed. It is often called the God Matrix, the lattice of entanglement, the source of genesis in our universe. Within the unifying force of the phi spiral, human DNA is coded to ‘remember’ all at zero point. As the conscious mind evolves towards reaching enlightenment, the zero point field plays a vital role influencing the future outcome of the material world.

When we tap into the creative Source Force pulsing at zero point, we reach across time/space/dimensions to access the God Seed atom of pure life force. The vibrant God Matrix operates like a dynamic primordial soup of popping virtual particles, waiting for conscious connection. With our focused participation, we are able to directly influence the formation of a new earth operating system.

As the old patriarchal hierarchy gradually collapses, now is the time to disengage completely from all imbalanced hierarchal power dynamics. This entails unraveling all stuck patriarchal top-down hierarchy programming and patterning locked in time loops from the mind, heart, and body. A time loop or temporal loop involves time realities that continue to be re-experienced in a cycle of repetition.

The global reset intensifies in 2023, as the two very different world time loops are diverging. They function in two diverse operating systems – a top-down power imbalance vs. a circular cohesive system. We all are living at some stage between the two operating systems. Some more entangled in one than the other. It comes down to a choice. If you decide to exit the old hierarchal power system, the galactic ascension waves support your transition. The zero point galactic gateways provide the bridge to cross.

The chaotic world reflects how disruptive it is to shift on a massive scale. Imagine two trains traveling next to each other at different speeds and you are attempting to jump from one to the other while moving. It will feel destabilizing. It will require a leap of faith. It will involve a significant reorientation, a brand-new perspective on life. The shift will affect every part of your being. Take the jump!

On 12:12 and 12:21, while the GC Stargate is active, I will be leading two global webcasts to assist with the dismantling of all time loops of patriarchal hierarchy. If you are called to birth the New Earth circular operating system, join us in the zero point field consciousness and proclaim your intentions for a safe, loving, harmonious future. Take advantage of this surge in source force to prepare for 2023. The galactic zero point field responds to your conscious visions and intentions, participating in physical manifestation. Prepare for 2023, Register for Nov 30 Webinar here.