Global Wave of New Light Begins this Weekend
A+ A A- 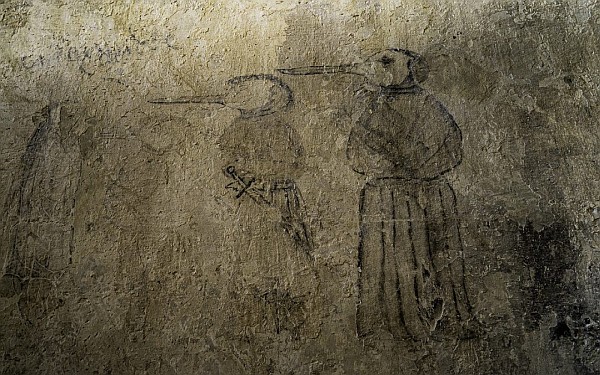 I wanted to share with you something that happened during a session today. I was working with a client that is a healer. However, there has always been a struggle with her walking in this role. Either there were financial issues or health, or the energies were bombarding her. It made it very difficult for her to walk the path that she knew she was called to do.

So, I began to work with her, and I asked to be shown exactly what it is that is taking place. To my surprise I found myself in a wooded area at night, the moon was full and that allowed me to see. It was winter and the trees were bare. It was all very spooky feeling. Then from the shadows come a group of people. They were wearing masks that looked like the death masks from the bubonic plague.

I brought my client etherically into this space and they immediately began to tell me how my client and her entire line had been bound from doing any type of energy work, healing or magic. They told me how a family member (many generations ago) had been very powerful but had used the gifts for dark work. This group had bound magically the one who had been working for the dark and then added a caveat that no one in the family line from that day forward would be able to reach their full potential when working with energies or magic.

I told the group that I understood what happened but as it stands with my client what was meant to be a good intention could now be considered dark magic. There was very much the energy of psychic attack whenever she began to step into her healer self.  They were completely shocked to hear this and didn’t believe me when I said that my client was someone who held great light and had a beautiful open heart.

The leader of the group suggested that my client be put through a test that they called “The ring pass not”. They explained that those that held darkness could not pass into the ring and the heart would be weighed for the light that is held.  They said that should she fail there would be great consequences. I talked to my client who immediately agreed to go through this test on the etheric level.

She then etherically walked into the ring that had been created and when she showed no ill effects, they all started talking at once. The confusion was great, as from their perspective they had bound a family line magically in what they thought was service to the light. Yet here was someone from that line that has incredible gifts and assists others and they had been magically making her life very difficult.

As this realization dawned on each one, I watched them take off their masks enter the Ring Pass Not and ask for forgiveness. They then helped remove symbols & items they had placed on her body, a metal grid that attached to her back like a medieval torture device, and these weird large shoes that had things on the bottom that attached her to the lower grid of reality. It made it so she couldn’t go into the higher frequencies for too long as it would snap her back down.

While all this was going on, my client was physically shaking in a release as the trauma was leaving her body. She felt an incredible opening particularly at the back of her heart chakra and greater ease in her physical form. She knew that she had work to do to process the anger she felt and to forgive those that had done this, even though their intentions were in the right space. She also understood that at the highest level of oneness, she was the one to place the energetic binds on herself.

For both of us, it gave us pause. We could feel how important this understanding is for all of us to have.  It is the awareness of when we too may be doing or have done something in the name of the light, yet the ramifications are anything but.

This is part of self-mastery. To be aware of our creations, our actions, and our thoughts not only in the moment but what it does in the Quantum field of endless possibilities. It is Radical Responsibility.

I share this with you (with her permission) because we both felt it was important to communicate this experience with all who resonate.  Thank you for reading and sharing.

Covid-19: An Astrological And Energetic Perspective