The World of Sacred Geometry
A+ A A-

The World of Sacred Geometry 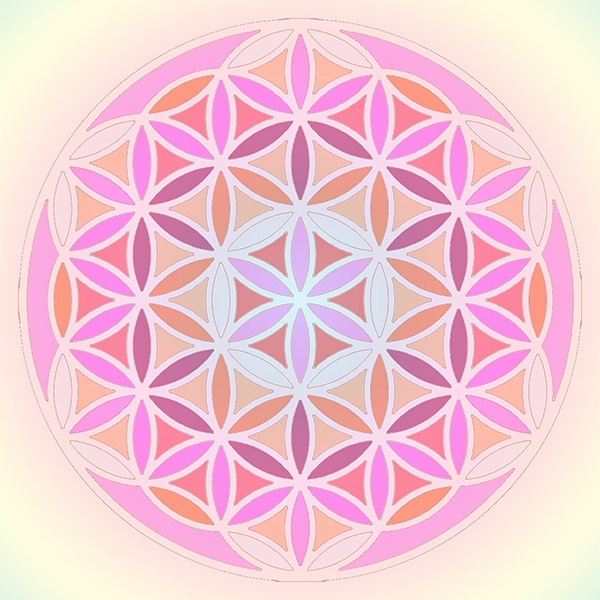 Sacred Geometry is the blueprint of Creation and the genesis of all form. It is an ancient science that explores and explains the energy patterns that create and unify all things and reveals the precise way that the energy of Creation organizes itself. On every scale, every natural pattern of growth or movement conforms inevitably to one or more geometric shapes.

As you enter the world of Sacred Geometry you begin to see as never before the wonderfully patterned beauty of Creation. The molecules of our DNA, the cornea of our eye, snow flakes, pine cones, flower petals, diamond crystals, the branching of trees, a nautilus shell, the star we spin around, the galaxy we spiral within, the air we breathe, and all life forms as we know them emerge out of timeless geometric codes. Viewing and contemplating these codes allow us to gaze directly at the lines on the face of deep wisdom and offers up a glimpse into the inner workings of the Universal Mind and the Universe itself.

The ancients believed that the experience of Sacred Geometry was essential to the education of the soul. They knew that these patterns and codes were symbolic of our own inner realm and the subtle structure of awareness. To them the “sacred” had particular significance involving consciousness and the profound mystery of awareness ….. the ultimate sacred wonder. Sacred Geometry takes on another whole level of significance when grounded in the experience of self-awareness.

As far back as Greek Mystery schools 2500 years ago, we as a species were taught that there are five perfect 3-dimensional forms -The tetrahedron, hexahedron, octahedron, dodecahedron, and icosahedron. Collectively these are known as The Platonic Solids -- and are the foundation of everything in the physical world. Modern scholars ridiculed this idea until the 1980's, when Professor Robert Moon at the University of Chicago demonstrated that the entire Periodic Table of Elements -- literally everything in the physical world -- is based on these same five forms! In fact, throughout modern Physics, Chemistry, and Biology, the sacred geometric patterns of creation are being rediscovered, but often without the greater context of spiritual understanding which protects against their misuse. One of our intentions with light Source, is to provide a bridge to an intuitive spiritual understanding that is in alignment with the appropriate use of this knowledge.

It naturally follows that many have associated visual harmonic division and proportion with music and sound, music in particular being something of an aural geometry. Kepler tried to associate the polyhedra with the relative orbits of the planets known at that time (planet Earth was related to the Dodecahedron), and in turn to correlate these to rather sweeping musical frequencies, the sound of which create a harmony, into which we are born, always hearing, indeed a part of it. Likewise, many have believed that the soul or spirit essence of the material body exuded a harmony, much like the notion of a visual aura, and this harmony resulted from the harmonic vibrations of energy patterns, holding the molecules of the material in place to manifest in the form of structure. Quantum Physics and many Eastern mystical religions hold apparently similar views about the existence of energy fields which harness molecules (matter) by vibrating them, bestowing manifest shape, all sharing one common source. To observe things in this way can inspire reverence for all of reality, as the totality of the Universe may appear to be a collection of dormant molecules, woven together like a vast matrix, shaken and vibrated by energy fields which give them cohesion and consistency, namely mass, a medium for energy to travel by, like a wave upon the ocean, illuminated in time-space by light. The unity of all things becomes revealed.

"The tetrahedron represents the aspect of humankind, the hexahedron his search for understanding and knowledge, and the octahedron the connection to the celestial beingness. The octahedron is the I AM of 'as below- so above.' It is the emergence."

I am Metatron and I share with you these Truths. You are beloved.
And so it is.

We have 1518 guests and no members online