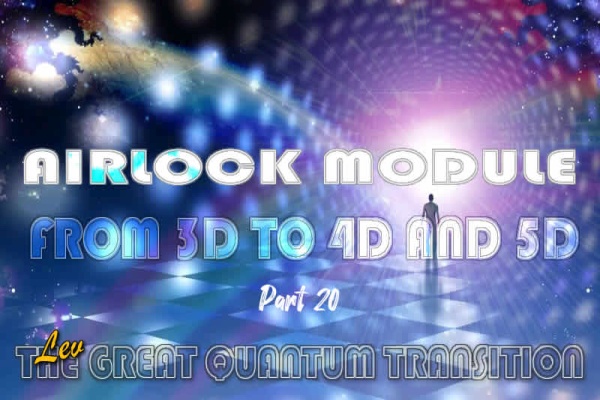 What will we see when the Veil separating us from the fifth dimension is removed? And how do we respond to it?

The Veil will be lifted in an instant. In a second, the world would change beyond recognition.

Those who see it will look around with their eyes wide open and marvel at the magic of what is happening. There will not be many of them at first but will be enough in the first stage.

Others will understand by the reaction of their loved ones that something unbelievable is happening to reality, but they will not see or hear anything, no matter how hard straining their eyes and listening. It will come as a shock to them.

What is a Veil? It is a power field, a barrier of black energy RIR between the world of dense matter and the Subtle Plane.

Before that, we lived in a dense material environment. Our consciousness was in the physical shell of the first, second and third dimensions.

1D is the mineral kingdom, 2D – the plant realm, 3D – the animal world. Until recently, a man in this hierarchy belonged to the latter.

This triad has a very low-level consciousness; or rather, is the dormant, collective, governed unconsciousness.

When our consciousness enters the Subtle Plane are immersed in the matter of the fifth, sixth, seventh dimensions, and further upwards.

These are the worlds of higher consciousness and awareness. The levels of the Creators and Builders’ Hierarchy.

The man was originally conceived as a creature of the fifth dimension. And we were like that before the fall into the alien world of predators. Predators – because here, on Earth, everything is built on stealing from the one what the other did not create, and what does not belong to him by right.

There is an intermediate conductive channel between the Subtle Plane and the physical one – the neutral matter of the fourth dimension. It is the matter equally loyal to the two adjacent planes.

According to Source’s plan, man could fall only to the safe level of the fourth density. In the Light Hierarchy, 4D is reserved for members of the men’s realm.

They are not gods yet, but are not animals either, a kind of human semi-gods. They are in the Subtle Body, that is, they have a physical form, as in the animal kingdom.

But the substance in this form, matter, being – has a Thin, rarefied nature. The abilities and quality of such matter are close to the highest Divine manifestation.

If we take one space station drifting in the third dimension and another – in 5D, then the airlock module between the stations, the transition corridor, is the fourth dimension.

After 2012, Co-Creators began to wind down the programs of the third dimension and prepare us to switch to the transitional program of the fourth dimension.

And at the same time gently nudging us to leave 3D and move to the compartment of 4D.

For this, the space and the 3D fabric of Earth with the old codes of dense matter were regularly re-stitched by Co-Creators with the codes of more fluid, liquid matter, on which the human semi-gods can vibrate.

In December 2020, the four-dimensional compartment was activated. All people who had raised their vibrations to the required level from that moment were in the field of its influence. That is, they were transferred to the waiting room for the upcoming transition to the next spacecraft.

In May 2021, the oncoming space station, platform 5D, with a crew of representatives of the fifth, sixth, and seventh dimensions joined the lock chamber 4D.

The cosmic mechanism for our transition from the third to the fifth dimension has become fully operational. Now, people can be transferred.

And how have we been pushed all this time into the decision to enter the fourth dimension’s gateway?

Co-Creators began to heat the lower triad 1D, 2D, and 3D by high frequencies, like in a microwave oven. And at the same time, close its timeline.

It was similar to raised blinds. Blinds are not a single fabric but many lamellae. They can be rotated at different angles as well as rolled up and down.

On the same principle, Co-Creators began to fold the lower worlds into an accordion, one segment after another. And all unspent matter was transferred to the next 4D space.

It is how they compact the nascent fourth dimensional New Earth, pressurizing it from below with energy and matter, growing in strength, inflating like a balloon.

Soon the moment will come when the power field, the barrier between it and the old 3rd dimension will not withstand the pressure and the Universal algorithm will disable the blocking and remove the Veil from our eyes.

The Veil is a program that blocks our consciousness so that we don’t see what we’re not ready for.

It persists until the energy of the new Divine consciousness of those of us who are already in the 4D compartment breaks through this artificial segment by itself.

Tension in the fourth dimension has now reached a critical level. We are waiting for a release of accumulated potential, a pop, an outbreak.

The Veil bubble will burst in one second. Co-Creators will turn off the 3D program and turn on the vision of the fourth dimension.

Everything around will become lighter, more transparent, and weightless. A space blazing and sparkling from within, filled with unimaginable colors. An area of Light and Love.

But it will be seen, first, only by those of us who have been actively working on their consciousness for all the last years and months, and whose bodies at the molecular level have begun to transmute, switching from a carbon-based to a liquid-crystalline silicon structure.

The organism of such people has been rapidly rebuilding itself for the last year.

It has been intensively absorbing all the silicon that comes with food which previously was not perceived and discarded.

Silicon is an essential chemical element in our “transitional” body.

Even though the outwardly physical bodies of 3D and 4D people do not differ from each other, their qualities are different.

Silicon gives versatility to the body, makes it hardy to any energetic loads, resistant to wear and tear.

A “silicon” man will be able to stay awake, not eat or drink for a long time. Subsequently, – easily lift weights, levitate, teleport. Control space and time. And not age.

When basic processes of Quantum Transition are over, then there will be no need for a transitional body as well. It will be transformed entirely into an astral crystalline body.

At this moment, Co-Creators have already loaded into us the programs of the fourth and fifth dimensions. And each of us has begun to develop according to these programs, to work out higher energies.

For now, there is still a program in us that does not allow us to see the 4D space in manifested form. But soon Co-Creators will remove the blockage.

We have to be prepared for that. It could happen at any time of the day, or night when we’re sleeping. We’ll wake up and gasp.

Perhaps the moment will catch us awake. In an instant, everything around us will change. “Silicon” people will flash like light bulbs.

Of course, it will come as a shock to everyone. After all, even in the family, its members may be of different frequencies. One can light up, or all at once.

Children may shine and adults may not. A kid may suddenly declare that he sees and hears things very differently than yesterday. That the wall is wobbling, some objects disappear from the room and others appear, and the air smells of flowers and birds of paradise fly.

Let’s not scare ourselves, and let’s not scare the child. Parents, carers, and teachers at school have to be prepared for such situations.

After all, children sitting next to us at the same time will see completely different realities.

We will learn to exist in a new relationship. People of the fourth dimension will master the new life. For them, everything around them will be unfamiliar and fascinating.

In 4D we will be met by the Curators. We will begin contact with the high-frequency civilizations living on our planet.

With inhabitants of the orbiting Light Cities, and of underground Agarta. With friendly space races.

We will receive help and cooperate with more technologically and Spiritually advanced civilizations. The humanity of the fourth dimension will receive new knowledge, technologies, and energy sources.

Yes, they will, but not indefinitely. For a while, their paths may overlap and complement each other.

Those who have crossed over will be pioneers and will lead their loved ones to follow them.

Some will resist, others will continue to fight to the last. The rest will move on to beneficial cooperation.

Exactly at this time, the people who vibrate in the third-dimensional range will cease to see the radiating energies of 5D. The difference between the ranges will become insurmountable.