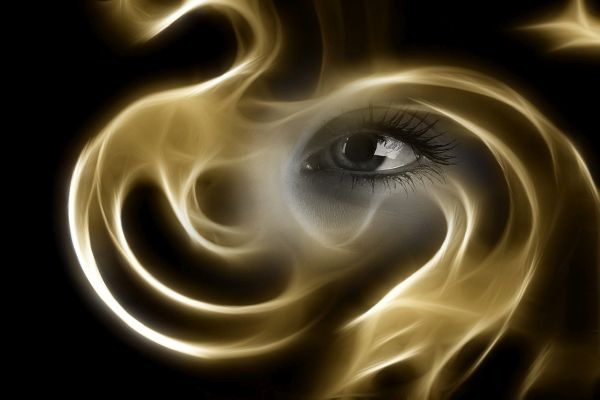 As we approach the weekend of Friday and Saturday, January 14th and 15th, 2022, and as we are about to have the beginning of the Mercury Retrograde on Friday (the 14th), and with the arrival of the Full Moon on Monday (the 17th), and as we are in the Mars Ghandanta from the 12th to the 18th, our Sun is in reception from the Great Central Sun and release to our planet—Earth/Gaia— of powerful energetics.

Our Sun has several sunspots which are harboring beta-gamma fields for the possibility of strong “M-Class” solar flares, and there has already been as of Friday the 12th, what is believed to be an “X-Class” flare on the far side of our Sun which has also released a Coronal Mass Ejection (CME) to our planet.

Solar winds are currently traveling at 516.7 kilometers per second (km/s) as of 10:54 AM (EST), and our magnetosphere is impacted with dense plasma particles from all of the above.

More energetic frequencies are steadily coming into our planet today and over many days ahead.

In general, collective humanity is experiencing energy-depletion, muscle aches, a sensation of floating, clogged sinuses, inner stirrings, and other happenings as cells adjust to the enormous LIGHT soaring into the physical vessel.

Each day wind speeds, and flare levels change over many hours of time which affect our planet’s surrounding magnetic field (magnetosphere) and human experiences.

At the same time, however, individual, and collective consciousness is being given opportunities to enhance and to elevate to astounding knowledge acquisitions and capabilities.

The symptoms (known as “Ascension Symptoms” and as “Light Activation Symptoms”) will become less challenging as acclimations to the LIGHT are made via elevations of consciousness, as just mentioned, both individually and collectively.

There will be those who acclimate or adjust quicker than others, and those who do must be compassionate to those who are still struggling with discomfort.

Some persons are just beginning to learn about Spiritual Science and have been steeped in the annals of traditional scientific concepts which do not usually bring SOURCE into the discussions of cosmic occurrences as if everything that happens in creation is “outside” of SOURCE FREQUENCY.

Yet, increasing percentages of humanity–which includes, of course, those who are degreed in various scientific arenas—are delving into the sacred “knowings” of the ancient past which are the foundation of the “Now” and of the future in many ways.

Symbolically, the ancient past is the “Muladhara” (1st chakra) or “Root”; “Manipura” (third chakra— “CIty of Jewels”) is our “Now”; and the “Sahasrara” (seventh chakra— “Thousand-Petaled”) is our climb to the “Atman” (the 8th chakra—the “Soul” and beyond).

In Kabbalistic Spiritual Science, the number “10” is the letter YOD whose message is: “A Cosmic Messenger Has Entered Your Midst”.

In Pythagorean Numerical Science, “9 and “1′” is still “10” and removing the “0” from the number “10” gives the singular number “1” which in Kabbalah is the letter “ALEPH” whose message is: “The Out-Thrusting Energy of Creation”.

In the Pythagorean system, the number “1” is “Leadership” and “New Ideas”.

Therefore, as can be gleaned and considered from an alchemistic perspective, our cosmos is a “COSMIC MESSENGER”, “THRUSTING-OUT ENERGY”, and “NEW CONCEPTUALIZATIONS”.

When we move into the inner realms of our being and commune with our HIGHER SELVES, we are gifted with great insight and rewarded for our studies.

The BHAGHAVAD GITA states: “Those who read or study the Divine teachings have worshipped the ABSOLUTE”.

In all ancient Divinely revealed teachings, the cosmos is a very important book of wisdom.

It is also a blueprint of possibilities; and in fact, as much as can be seen through high-powered telescopes is a mere “drop” compared to the enormity of the “Cosmic Sea” whose depth of darkness out of which comes LIGHT is fantastic!

Let us all make use of these cosmic portals of “Mars Ghandanta”, “Mercury Retrograde”, and “Full Moon”—all of whose energies will extend far beyond their dates of actualization—to “Regenerate”, “Revitalize’, and “Renew” ourselves Spiritually, Mentally, Emotionally, and Physically by declaring ourselves on “Retreat” from so much activity in the outer world.

Again, as the BHAGAVAD GITA teaches: “Be uncontrolled by the maya (“illusions”) of the finite world”.

Can you hear the “inner school bell” ringing?

The HIGHER SELF is ready to teach us.

Our textbooks will be the cosmic occurrences that continually actualize in each moment of each day in the “Now” and the space/time of the “Now After”.